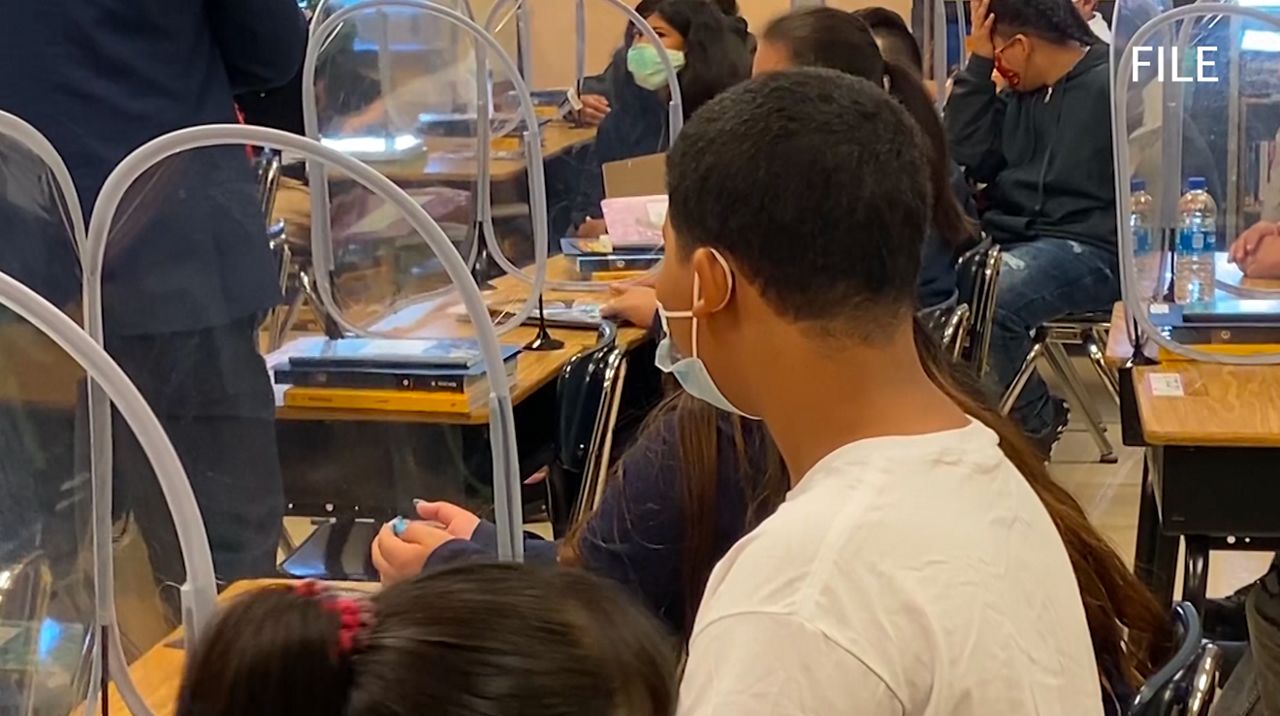 MILWAUKEE — The last few days have been hard for Porsha Garrett.

“Very chaotic," Garrett said. "I really thought it was ending.”

Her son is in second grade at Gilbert Stuart Elementary School, in the Milwaukee Public School district.

She said he was so excited to go to school Tuesday without having to wear a mask.

“He had a really good day yesterday without his mask on," Garrett said.

But on Wednesday, that mask had to be back on, as MPS reversed course after just one day of optional masking.

Having to explain that to her son was hard.

“He looked at me and just stared at me with this blank stare and was like 'Why?' and I said, 'I honestly really don’t know,'" Garrett said. "And [then] he said 'Aw, that’s not fair,' and I was like, 'Yeah, they really should have gave it more time.”'

“I’ll be the first to say I understand the frustration that parents and staff face here, but I want to make sure we do everything we can from a mitigating strategy to make sure all of our students, staff and our community is safe," Posley said.

Posley said the school looks at three criteria — they look to see if the city transmission is considered to be higher than the low 'yellow' level, they look at the case burden rate and positivity rate, and the transmission among staff.

Posley said staff transmission had increased 47% within a week, and the city is in the "orange" level of substantial transmission.

The district said it gets data on Tuesdays and Thursdays and will look at it again this week to see what the plan is moving forward on when they can go back to optional masks.

Posley could not say how long masks will again be mandated, but hopes to not have any sudden changes like this Tuesday and Wednesday.

“For the last 18 months or greater, we’ve been in a major pandemic and trying to work our way through, and we’re trying to follow the science to make the best options for our students, our staff, and our community," Posley said.

“Maybe if we’re lucky, maybe next week you won’t have to wear your mask, so just trying to give him a little bit of optimism," Garrett said.