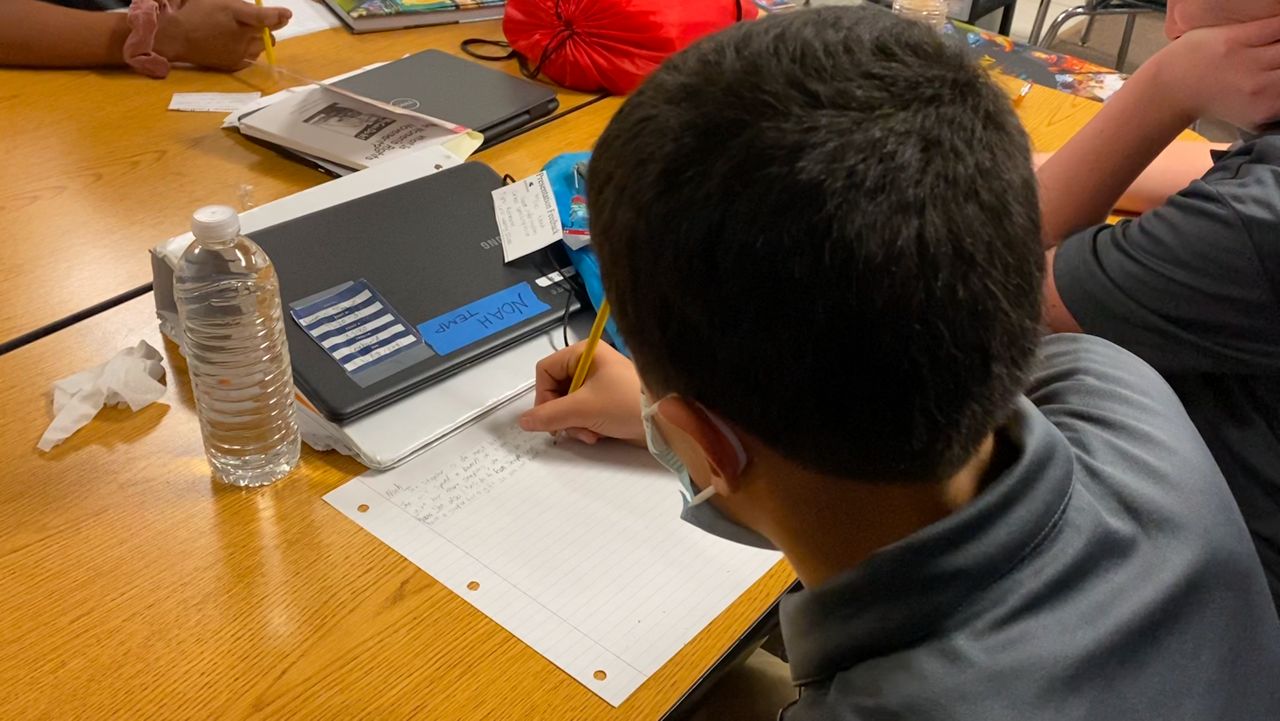 RACINE, Wis. — Noah Reece, a seventh-grade student at Renaissance School in Racine, has been going to the LUMIN School his whole school life.

He said he’s close with most of the students in his class, and likes the smaller class sizes because of the more individualized attention from teachers.

“It helps them also because you can learn more stuff by them, like helping you,” Reece said.

It’s also one reason his mom, Melissa Reece, wanted to look at private school as an education option for her two children.

“I don’t feel that maybe they get that in the larger classrooms,” Melissa Reece said. “I love the smaller size. They’re able to get more attention from the teachers and they’re just met at where they need to be.”

There was one thing she and her husband were worried about.

“I’ll never be able to afford that,” Reece recalled. “They’re going to go the public school route like my husband and I did.”

At the time she was doing research, she didn’t know about the School Choice Voucher Program in Wisconsin. The program allows families to use the taxpayer money it would cost their child to go to public school, and use it instead for a private school, charter school, or a different public school district.

It’s been 20 years since the United States Supreme Court ruled private schools could take part in the voucher program.

This year, some lawmakers, including Milwaukee State Senator Chris Larson, a Democrat, have filed bills regarding school choice.

“Every taxpayer would know that there is money that is going off of their taxes that is going to pay for voucher schools, that we are funding a second system on top of the K-12 education system that we’ve had here for over a century,” Larson said during a news conference in January.

Tiffany Engibous, the Renaissance School Principal, said the voucher program is crucial to her school. 98% of the student body come from families who used the vouchers to attend the school instead of their home public school district.

“If that were to change, that would be very hard not just on kids, but on families who are, this has become their community and in many ways an extension of their family,” Engibous said. “So, yeah, I’m grateful for it, and I’m thankful we can proved that for families.”

The bills filed by Senator Larson have been assigned to a committee, but no action has been taken.