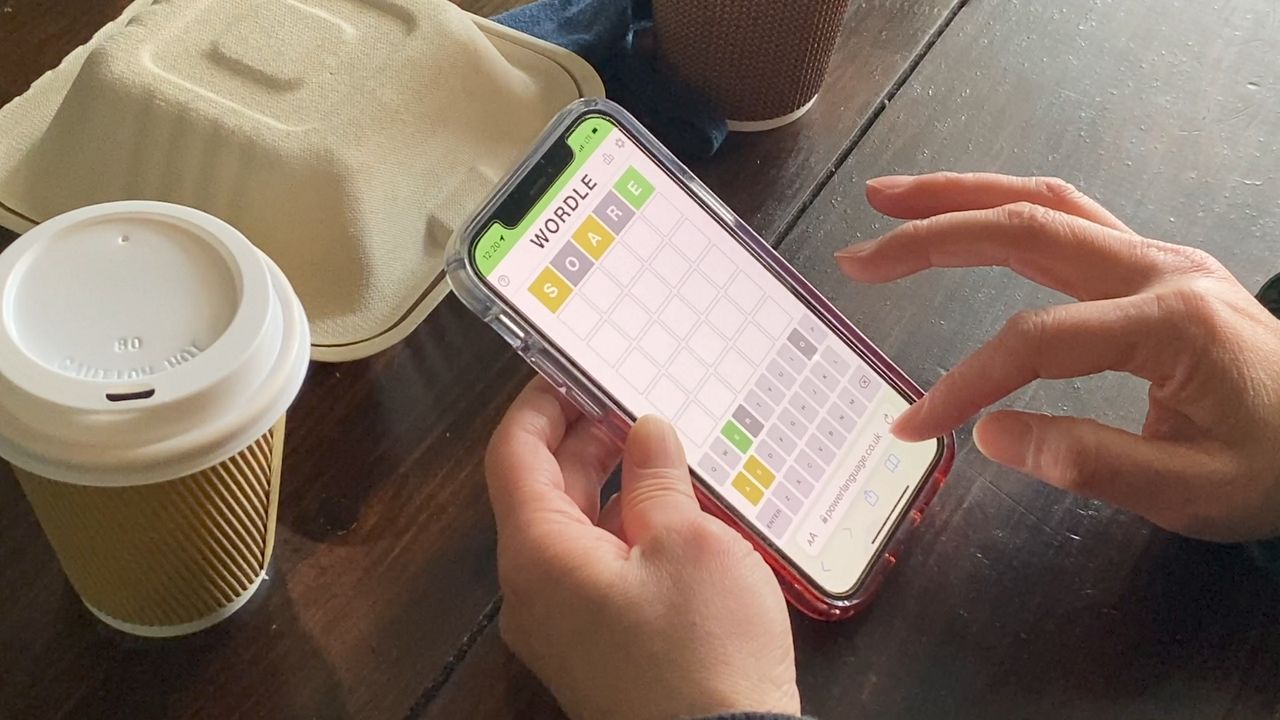 Play Wordle? You could be doing your brain a favor

Wordle is a simple game that managed to take over the country.

"I always start with 'train poles,' because this gets me most of the vowels and it gives me the Wheel of Fortune letters, R, S, T, L, N, E," explained Mike Duffy, who plays Wordle daily.

Five letters and six guesses is all you get.

"One of the ones I go to pretty often is 'beats,' just because it has E, A, S and T in it, which are all really common letters," explained Cody Mejeur, an assistant professor of game studies in the Department of Media Studies at the University at Buffalo.

Do you play #Wordle? It seems like just fun, but you actually might be doing your brain a favor. Check out my story about that on @SPECNews1BUF this morning. And see if you can guess this custom Wordle in the meantime! https://t.co/scA9GfLFP4

Approaches to the game do vary.

"I have no strategy. I'm not a strategy person," said Amy Quinlivan, a Wordle player.

There's one goal in mind — a line of all green boxes.

"I don't think I've gotten it in less than two, and that was a lucky guess," said Duffy.

In case you’re not familiar, Wordle is a can be played on any browser.

"On Facebook, I saw all the colored squares," said Duffy. "I couldn't help myself, I needed to look into it."

The game’s popularity skyrocketed over the past few weeks. It's a fun activity that could actually help your brain.

"Wordle isn’t gonna cure dementia or something like that, right? But it is a simple activity that — I almost consider it like daily stretching," explained Mejeur, who knows Wordle first-hand. "I started playing about 20 days ago, and I'm proud to say I've gotten every day so far."

Like other strategy games, he said it could help your problem-solving skills over time.

"It's cognitive flexibility, it's [the] ability to see things from different perspectives, like being able to problem solve and see different solutions to something," said Mejeur.

At one local café, players agree.

"Anything that's gonna make your brain work and think and move things around...that’s definitely good for your brain health," said Quinlivan. "It's nice that you can just play one game, as opposed to some of those other games where you're playing it all day long."

But the sincerest form of flattery is imitation and there no shortage of Wordle flattery online.

"I got the regular Wordle and got one in French. I've got the Nerdle and then, well, this might not be appropriate, I got the Lewdle, with lewd words, but we won't look at those," said Deffy as he looked at his phone.

Mejeur said the only potential downfall is probably getting too caught up in copycats.

"It's something that's a small manageable benefit, rather than I got lost in this for four hours and it's like binge-watching Netflix and I got nothing done. Whoops," said Mejeur.

That means as long as you don’t go off the deep end, you can pick your poison.

"That helps build your vocabulary, build your ability to see your language in a different way, and test things out," explained Mejeur.

The New York Times did recently buy Wordle, which makes some players worried about its accessibility. Mejeur predicts the Times will keep the game free, and monetize it with ads or by offering boosts or hints for a cost.