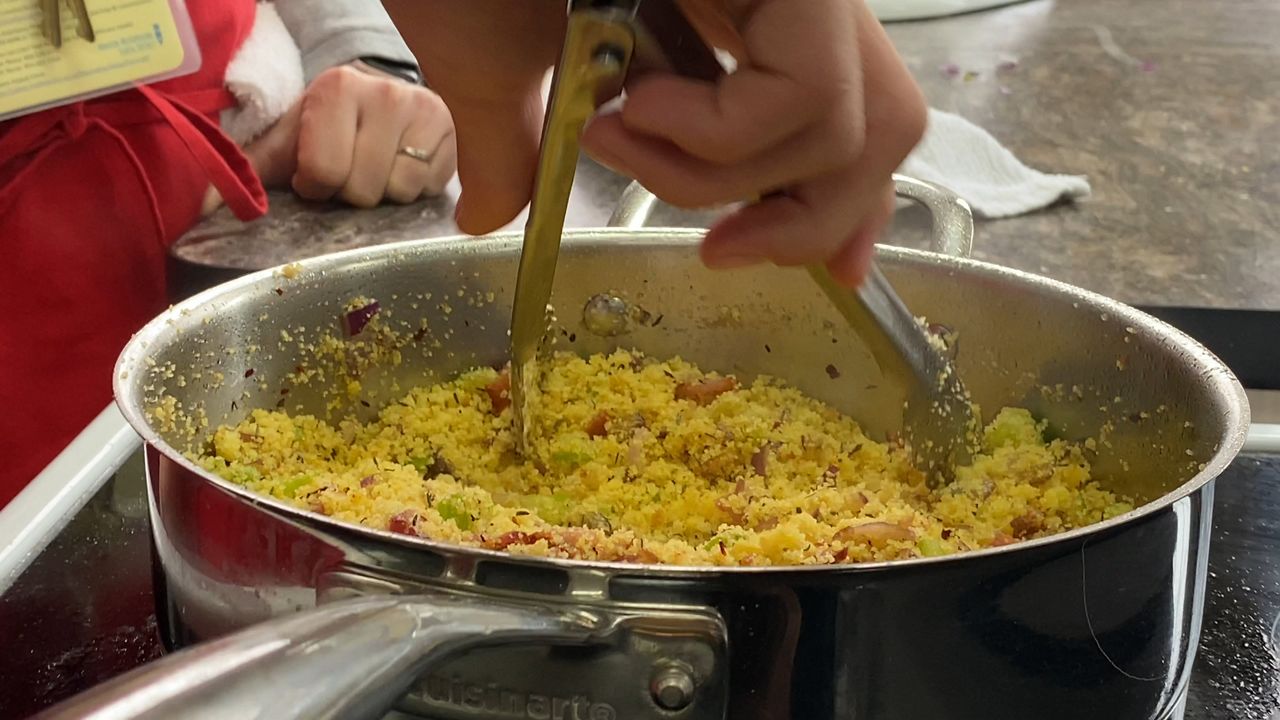 That stuffing on your table comes from African traditions

MADISON, Wis. — The stuffing on many tables this Thanksgiving has roots in Africa, and Madison high schoolers got to learn and make it for themselves.

On a Wednesday afternoon at East High School in Madison, students filter into Emily Sonnemann’s culinary arts class. They made cornbread the day before. This time, they’ll be using that cornbread to make something called kush.

“Kush is a cornbread hash recipe,” Sonnemann said. “They believe it originated in Senegal, Gambia area in Africa. It’s similar to the word you'd hear ‘couscous’, like ‘kush kush’.”

But this dish came over to America when Africans were enslaved. During enslavement, they’d just have to get creative with whatever ingredients they could find. Traditionally, that meant cornbread and vegetables.

“That traveled with enslaved Africans to this country where they just sort of had to make do with what they had on hand and make these recipes,” Sonnemann said. “So they made kush with cornbread.”

The lessons came from a chef whose focus is on celebrating African and Black recipes.

“We learned about Chef Michael Twitty this week, and his work around culinary justice and bringing recipes and ideas and traditions from enslaved Africans back to the forefront,” Sonnemann said. “Really just talking about that excellence in the culinary world.”

Twitty’s writings about kush said “we didn’t invent this … but we are a major part of the story.”

Students crumble the cornbread by hand. One said “it feels like you’re just having a handful of carpet.” They showed off their knife skills chopping onions and celery.

The room started to smell amazing by the time bacon hits the pan.

“People have been coming down all day and stopping and popping their head in the room,” Sonnemann laughed.

While cornbread stuffing is now a staple on many Thanksgiving tables, Sonnemann wanted students to know its roots.

“It's the grandmother to what we think of now as traditional Thanksgiving stuffing,” she said. “So it's a very similar kind of flavors and texture. And it's a really delicious recipe but super simple.”

The goal is to get those students to stop and think about where those traditions came from.