Research roundup: Here’s what we have learned about the coronavirus recently

MILWAUKEE — Over the past year and a half, the scientific world has seen a steady flow of research updating what we know about the novel coronavirus, SARS-CoV-2, and how it affects humans.

Because the virus is so new, researchers are still grappling with many questions about its function. And because of the nature of the scientific process, no single study can completely answer those questions. Instead, new research is constantly challenging our understanding of the pandemic.

Here, we explore some recent studies that have shed new light on the virus.

Lots of wild deer have been testing positive for coronavirus

We’ve known for a while now that animals can catch SARS-CoV-2, the virus that causes COVID-19. From zoo animals to household pets to farmed mink, a number of different species have tested positive.

But infections among animals out in the wild haven’t shown up as much — until now. Recent studies have found high numbers of coronavirus infections in white-tailed deer, raising concerns about whether wildlife could keep the virus spreading.

One new preprint study took a look at the white-tailed deer population in Iowa. Out of the deer they sampled between November 2020 and January 2021 — including roadkill and wild deer killed by hunters — more than 80% tested positive for a coronavirus infection.

“It was effectively showing up in all parts of the state,” Dr. Suresh Kuchipudi, a veterinary microbiologist at Penn State who helped lead the study, told The New York Times. “We were dumbfounded.”

Given the high number of infections, the deer were probably spreading the virus to each other, the researchers concluded.

And deer were infected with several different viral variants that were showing up in humans at the time — meaning there were probably multiple moments where people spread the virus to deer, the study found. 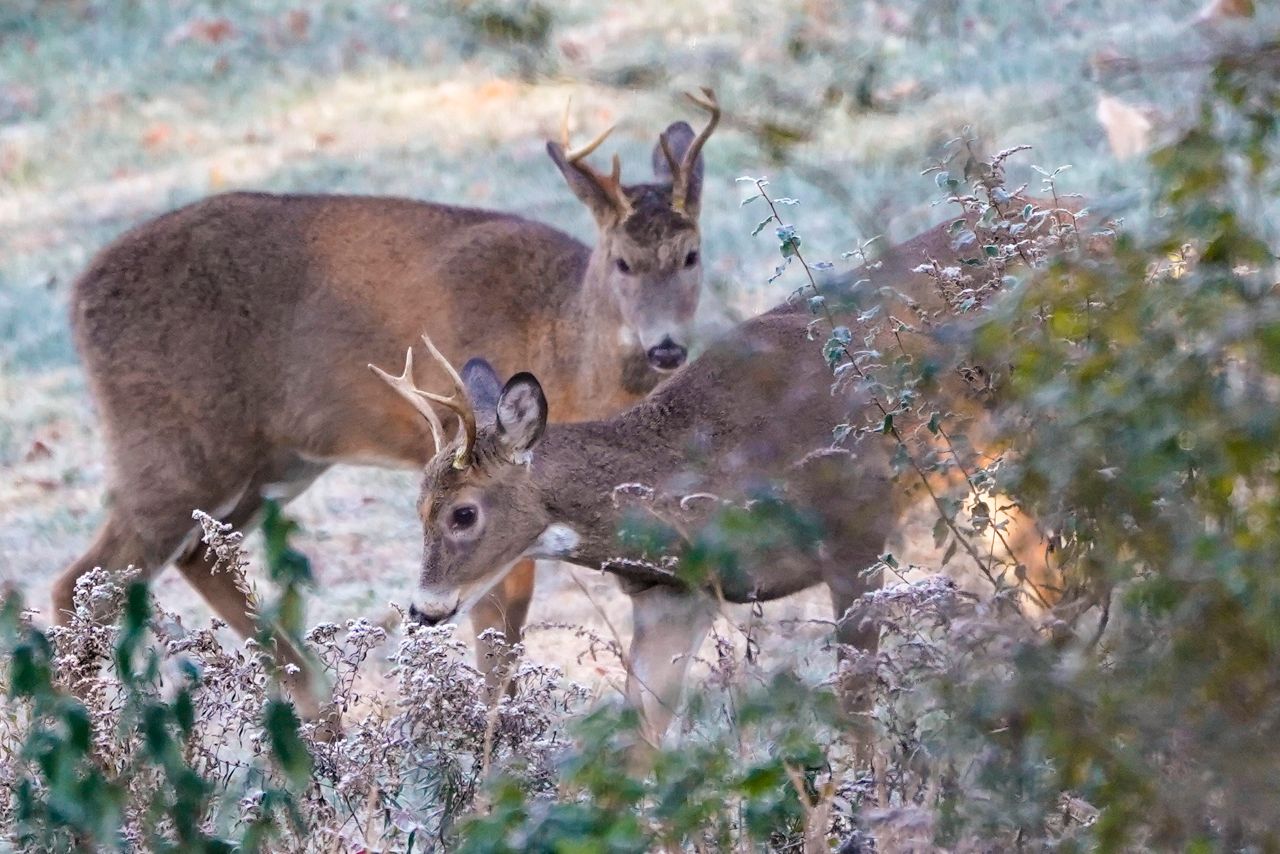 An earlier survey by USDA researchers also found that around 40% of deer samples from four states — Illinois, Michigan, New York and Pennsylvania — turned up antibodies for the coronavirus. That means hundreds of deer were exposed to the virus over the study period, from January 2020 to March 2021.

So far, there’s no evidence of infected deer spreading the virus back to humans, or getting sick from the virus.

But the virus showing up in such a widespread species — white-tailed deer are the most common large mammal in North America — still raises concerns. If deer can spread the virus back to humans, there’s a risk that they could serve as a “reservoir” species that would keep the virus circulating or harbor new viral variants.

“Now the question is: Can the virus spill back from deer to humans? Or can deer transmit the virus effectively to grazing livestock?” Ohio State virologist Dr. Linda Saif told NPR. “We don't know the answers to those questions yet, but if they are true, they're obviously concerning.”

For the tens of thousands of Americans who are still testing positive for COVID-19 each day, new treatment options might be coming soon to fight off the worst effects of the disease.

Pfizer announced strong results last week for an antiviral pill that can help keep coronavirus patients from getting really sick or dying. And Merck, which announced promising results for its own antiviral pill last month, started rolling out its treatment in the U.K.

Both pills work by messing with the virus’s ability to make copies of itself in the body. And they’re easier to use than other treatments that are already available to COVID-19 patients — like monoclonal antibodies, which are effective, but need to be given through an injection or IV.

Pfizer’s pill cut the risk of hospitalization or death by almost 90% among COVID-19 patients, according to results published in a press release this month.

When patients were treated with the pill (known as Paxlovid) within three days of their symptoms starting, fewer than 1% were sent to the hospital and none died, according to the release. That’s compared to around 7% of placebo patients who were hospitalized or died.

Another pill created by Merck — which announced its own study results in October — reduced the risk of hospitalization or death by about half. Around 7% of patients who were treated with Merck’s pill (known as molnupiravir) ended up in the hospital, and none of them died, per Merck’s data. 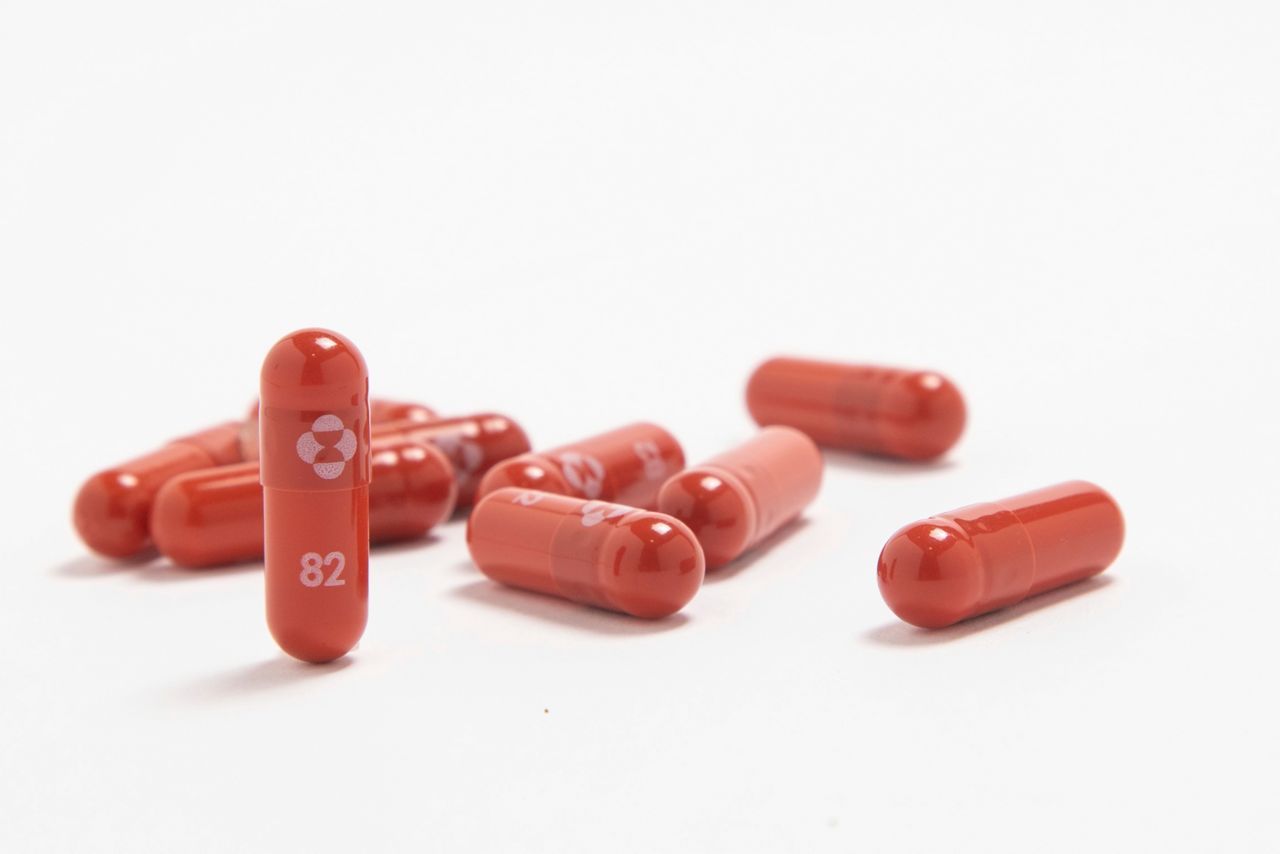 The U.K. authorized Merck’s pills for high-risk COVID-19 patients last week, giving the first green light for this type of treatment to be put to use.

“Today is a historic day for our country, as the UK is now the first country in the world to approve an antiviral that can be taken at home for COVID-19,” Sajid Javid, Britain’s health secretary, said in a statement. "This will be a gamechanger for the most vulnerable and the immunosuppressed.”

The treatments aren’t available in the U.S. just yet — they still have to go through the process of FDA review. But federal officials have already secured millions of doses of both pills that can start rolling out if the treatments are approved.

We know that people who have caught and recovered from COVID-19 have some level of “natural immunity” — protection from getting infected again.

But not all immunity is created equal: According to a recent CDC study, unvaccinated people who had recently recovered from a coronavirus infection were still much more likely to test positive, compared to those who were fully vaccinated against COVID-19.

“The data demonstrate that vaccination can provide a higher, more robust, and more consistent level of immunity to protect people from hospitalization for COVID-19 than infection alone for at least 6 months,” the CDC said in a release.

Researchers looked at data from more than 7,000 patients across nine states who were hospitalized with COVID-like symptoms.

When stacked up against the fully vaccinated group, the “natural immunity” group was 5.5 times more likely to test positive for COVID-19, according to the study. Around 9% of previously infected patients tested positive, compared to around 5% of fully vaccinated patients.

Both natural and vaccine-induced immunity can offer protection for at least six months, CDC experts concluded in a scientific brief.

But given the extra immune boost from the shots — and evidence that natural immunity plus vaccination offers super-strong protection — experts said that patients should still opt for the shots if they’ve recovered from COVID-19 in the past.

“We now have additional evidence that reaffirms the importance of COVID-19 vaccines, even if you have had prior infection,” CDC Director Dr. Rochelle Walensky said in a statement.

Other news to note: