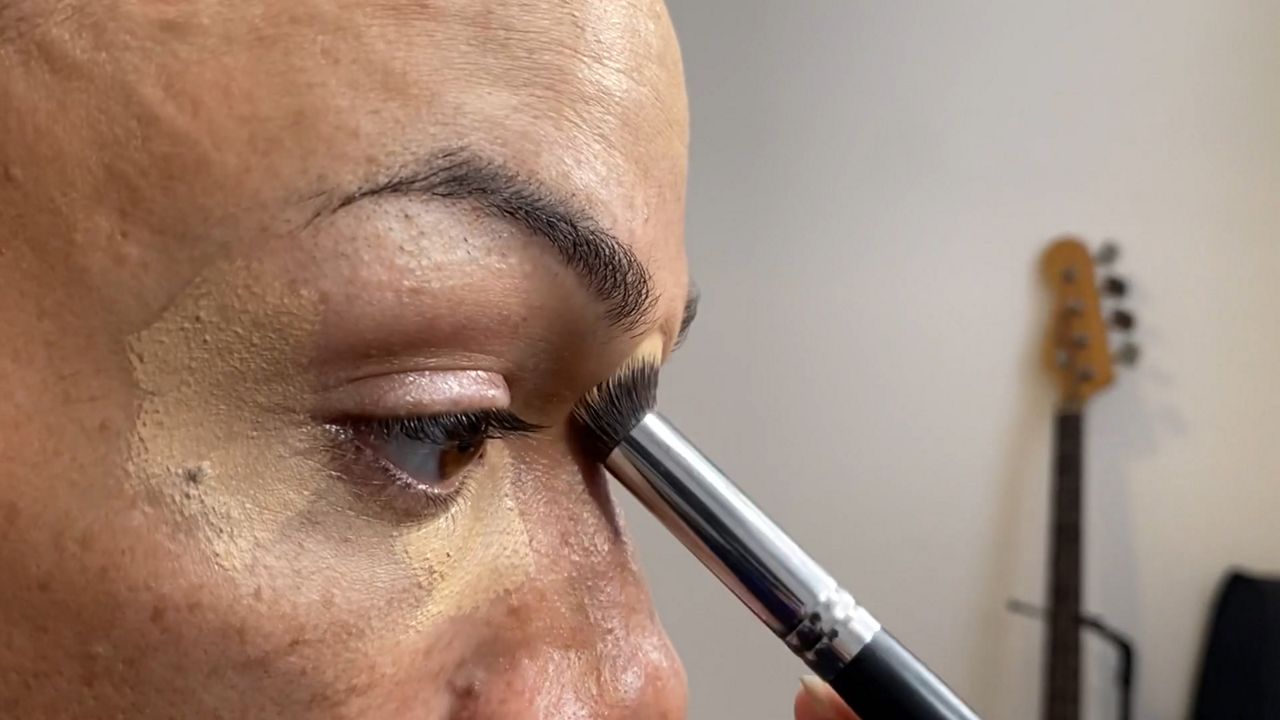 Primer, powder and PFAS: 'Forever chemicals' are in half of America's makeup products

Research conducted at the University of Notre Dame was published in the Journal of Environmental Science and Technology Letters this summer.

The researchers tested more than 200 cosmetics products, and found PFAS compounds in 52% of them.

“[PFAS] is a group of manmade chemicals, some probably now representing more than 4,500 unique chemicals,” said Martin Shafer, a research scientist at UW-Madison. “[They] were developed in the 50s, to impart some desirable properties to certain consumer products and certain commercial processes.”

When used in makeup, these compounds make the look last.

“We want durability, we want a foundation that's going to go on smoothly and spread evenly across the skin. And we want mascara that's not gonna leave raccoon eyes,” Bodemer said. “And in order to get that, there's that trade off.”

But these compounds, often called "forever chemicals," have been shown to have health risks at relatively low levels.

“There's a lot of evidence supporting that possibility that they could be related to cancer to metabolic syndrome, including diabetes,” Bodemer said. “But it seems much more clear that dyslipidemia, or high cholesterol and high triglycerides, they seem to definitely cause that. They do appear to be endocrine disruptors.”

Scientists don’t know enough about how much we can ingest into our bodies by putting these products on our skin. However, any PFAS chemicals in makeup will end up in sensitive areas.

“Those eye products, where they might be right around here, ducts, mascara, eyeliner, those types of things really can have more of a direct access to our circulation,” Bodemer said. “And then in terms of lip product, we all lick our lips, we bite our lips, we eat food.”

Shafer said these chemicals were being put into the environment for the last five to six decades, with nobody really understanding their impact. That’s especially true here in the United States.

“The chemical industry and the rules that regulate the release of new compounds into the environment is loose in this country,” Shafer said. “In Europe, new chemicals are required to go through a whole range of toxicological and physical property testing.”

Here’s the kicker though: In that Notre Dame study, 88% of products with PFAS chemicals in them didn’t list them in the ingredients. The study’s authors said it’s possible some of those unlabeled PFAS inclusions could be because of contamination, or that brands are unaware manufacturers used them.

Still, that means there are products on store shelves that contain PFAS, but don’t say so. That makes it nearly impossible to avoid PFAS in makeup products, when many of them aren’t properly labeled.

Shafer hopes more people will be aware of these chemicals in cosmetics, and that could prompt change.

“I think there's a lot of effort in certain sectors of the agencies that might have some hand in regulation here, to make a first stab at doing inventories, understanding which exposures are most important, and then start putting in place some targets to phase out many of these chemicals,” he said.

There was a bill introduced in Congress in June to ban these substances in cosmetics. It was authored by Sen. Susan Collins (R-Maine), and Sen. Richard Blumenthal (D-Conn.). However, the bill hasn’t gotten much traction yet.

For now though, Bodemer suggested using fewer products for a shorter amount of time.

“Maybe we shouldn't be putting 29 products on our skin every day like most of us do,” Bodemer said. “We should be more conscious of when we get home from work for the day, maybe it's a good idea to take that off, maybe we don't need to be wearing these products 24/7.”

Bodemer recommended a database from the Environmental Working Group. It lists cosmetics and their ingredients, and health risks. However, the beauty industry is gargantuan, there are lots of products not in that database yet.