Remember those days as a kid when your mom would fold her arms, give you “the look” and implore, “Don’t do it!”

Kendal Menos remembers those days. Except she wasn’t an 8-year-old; she was 18.

“Growing up, my mom did not like the field. She was very stressed out, and very burned out, and left and got her MBA, and now does other work,’’ Kendal said of her mom, a former social worker.

“So she told me to avoid it when I went off to college.’’

So, Kendal began college with the idea she would become an education major. Then she switched to Spanish. But the lure of social work kept pulling at her. She ended up with a bachelor’s in Spanish and human services and decided she would follow her own advice and pursue her master’s in social work.

“She highly encouraged me not to,’’ Kendal said of her mom. “She said, ‘You’re going to get into a field. You’re not going to like it. It’s hard work. You don’t make a lot of money.’ But I really enjoyed the work that I was involved in and it’s my passion. My heart knew I was in the right place.”

Millions of Americans count on social workers every day to play a crucial role in the health and well-being of children and adults. They have a direct role in improving the lives of vulnerable individuals with complex social, physical and mental needs. And in a profession that already has a high rate of burnout and turnover, this past year tested the wherewithal of social workers unlike any other.

“I think social workers have done a remarkable job of responding to the COVID-19 pandemic and we’re a profession that meets the challenges of our times and what is happening in our society in terms of our clients,’’ said Marc Herstand, Executive Director of the National Association of Social Workers, Wisconsin Chapter. “Social workers had to pivot, almost overnight, in the way they provided services to clients.”

From having to immediately switch from office visits to telehealth, to those that had to continue to do required in-person child abuse/neglect assessments at the onset of the pandemic, to those that met with teens in alternate locations because telehealth or in-person home visits were not possible, to those that performed a hybrid of telehealth and in-home visits, social workers dealt with COVID-19 24/7 in their work and in their own personal lives. 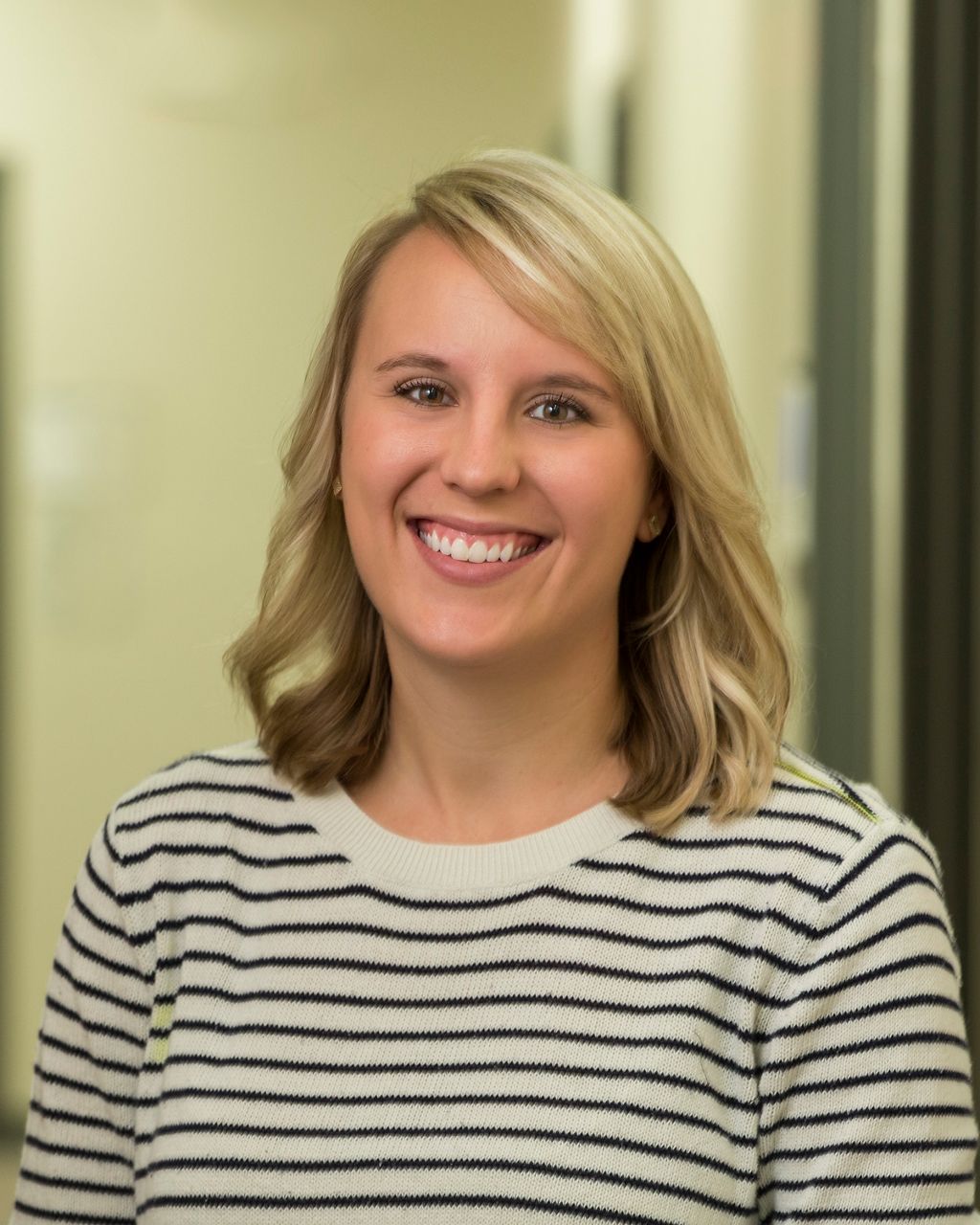 “The other thing is, we respond to the needs of society and the mental health needs have increased tremendously during this time because it’s such a stressful time for people,’’ said Herstand.

“And so, I’m pretty much in awe of the work that they did and do throughout this pandemic.”

Sam Larson has learned a lot over the past year. For one, kids are incredibly resilient. At the same time, building a rapport with children and families over a phone, or a computer screen is far more challenging than meeting with them face-to-face.

And while her job may have become more demanding, the end result remains unchanged.

“I would say the satisfaction piece; I still love my job and it’s amazing to be able to still see the changes that these kids make from the first day of treatment until when they’d discharged,’’ said Larson, a social worker at Catalpa Health, a pediatric and outpatient mental health and wellness organization.

“It’s just in a different way, I guess. One benefit of telehealth was we got to see a little bit more into their lives when they’re at home. So you can see some things you wouldn’t necessarily see, or know about if they were just coming to your office for all of their sessions. So, I think, that’s been really insightful and helpful, depending on the kiddo and what they have going on.

“But as far as the satisfaction, I would say that’s not changed at all.”

Sam had never done telehealth prior to being called upon to do so. So there was a learning curve, for her and her clients, at a time when stress levels were ever-increasing for all involved.

“With all technology, there’s always technical issues from time to time, whether you can’t hear them or they can’t hear you or the video quality is poor; so definitely challenging at times,’’ she said. “Working with kids, especially, it can be hard for them to sit in front of a screen for 45 minutes for a session as opposed to your office where they can move around, play with fidget toys and play games and color and things like that. So it’s definitely been tough.

“I think every kiddo is different in how they transition to telehealth, so younger kiddos, I think, it was harder because they’re not used to sitting and being able to talk over a computer screen with someone. Older kids, like teenagers, typically did a little bit better and do a little bit better just to sit and talk. It also depends on what their diagnosis is. So kids who have a hard time with attention and concentration and things like that, I think, have a little bit harder time doing telehealth than a kiddo who doesn’t struggle with those same issues.”

And all kids, to one degree or another, have struggled with school, whether it’s new technology, switching back and forth from online to in-person learning, or missing social engagement with friends.

There are no easy solutions in helping different kids with different diagnoses to navigate through this.

“A lot of anxiety that anyone experiences is the fear of the unknown: What’s going to happen?’’ said Sam. “So, I guess, just really trying and thinking positively. We don’t know what the future holds, but trying not to think about the worst-case scenario, but know things are going to get better and things are going to go back to normal, or at least whatever the new normal is.

“I think kids have shown to be so resilient through all of this. It’s been a challenge for everyone, especially kids.”

Menos, like the rest of us, took connecting with people for granted. Never gave it a second thought. But when the pandemic dropped by, the simplest task suddenly became a significant challenge.

“So certainly that is a barrier when you’re working over the phone,’’ said Kendal, who works for Children’s Hospital Wisconsin-Fox Valley and job shares with two other colleagues. “We weren’t doing Zoom with our patients. With a lot of our families that we work with, those who were in the low-income range, they don’t always have reliable phone sources. Then, we’re trying to reach out and make these efforts to connect with families and that’s a whole other thing, trying to reach families that may be going through different phone services, changing phone numbers; with the pandemic and people not working, that’s another expense for families that already may be struggling with meeting their bills.

“Now, we don’t have a way to connect with families, or we’re leaving messages. We could provide our office phone number and still connect and login and hear messages, but that means if they’re calling, we’re trying to catch their message, then call right back.

“Part of our role at the hospital and the clinic is supporting families, getting them connected, so it’s really important to reach them. Sometimes families don’t have transportation to their appointment, so we work with them to help set that up. So, if you can’t reach a family to set up their ride, then families might be missing appointments.

“So, things like that made an already difficult job more difficult.’’

But like a lot of people with challenges in front of them, and as more became known about the virus, she and her colleagues figured it out.

“It was navigating together,’’ Menos said. “We were checking in every other week with one another, see how we’re doing. Connecting with our supervisor to make that plan of action moving forward, next steps, supporting each other emotionally because it is hard work, so being able to navigate this whole thing together.

“I think having that emotional support in our team is critical and having a supervisor who is supportive and so understanding going through this with us; this is hard. I appreciate we have that.”

Social work is not a job that will bring fame or fortune. Even in a pandemic, where countless frontline workers have deservedly earned recognition, social workers continued and continue to work under the radar.

“They kind of come in and do their work quietly, but people don’t see them,’’ said Herstand.

And while many of us see the proverbial light at the end of the tunnel when it comes to the pandemic, that is not the case for social workers or their clients.

“It’s going to take a long time for some people in our communities to get back to where they were before,’’ said Herstand. “People have lost jobs, lost their livelihoods, people on the edge of being evicted -- but we’ve had eviction protection -- there’s been mental health issues kids have faced, kids have fallen way behind (in school), so I wouldn’t say that the clients or people in the community are going to be better. It’s tested some of their coping mechanisms. But many people are still struggling financially.”

This is why we all can be thankful there are people, like Larson and Menos, who is one of those rare people who love a difficult job, even after a most difficult and trying year.

“It’s my passion,’’ Menos said. “I’m still very passionate about the work I do. I love being a social worker. We actually just had our social work conference through Children’s Wisconsin and I was telling my group that I love saying, 'I’m a social worker.' I’m proud of it and it’s hard a job, but I love what I do.”