APPLETON, Wis. —  The Appleton-based team at Consolidated Construction Co. faced a job like no other.

Build a COVID-19 quarantine and isolation facility. And do it in just a few months.

“We knew we were doing a COVID isolation facility — no one knew what that meant,” said Brett Christofferson, a project manager with Consolidated. “It was something no one had an idea how to do, what to do, what to install. Between Consolidated and our project team we were able to figure out different ways and means and methods to bring a product to the customer that would allow them to have that safe haven.”

The facility is crucial to the Sisseton Wahpeton Oyate Tribe to get a handle on the spread of the virus through their community in South Dakota.

“We have two, three, generations living in almost each home,” said Jesse Larsen, a construction specialist with the tribe. “Because of that, when somebody does test positive, you’ve got three generations testing positive. So it becomes epidemic just in that one home alone.”

The tribe opted to use CARES Act money for the 16-unit facility. The catch: it needed to be done by the end of 2020.

That meant the tribe, Consolidated and architecture firm HKG had to work on an aggressive timeline. Work on the building got underway in late summer and met the deadline.

A ribbon cutting for the first phase of construction was held in late February.

“Seeing the excitement on tribal members faces, that they completed the project and have seen this project start and go all the way through the whole process and finish, was really special,” Christofferson said. 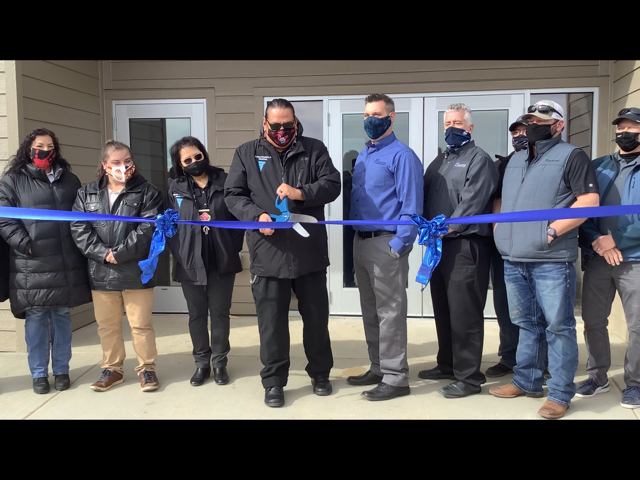 Work on the facility is ongoing with another 22 units under construction.

A first for many of the team, the quarantine and isolation facility is designed with the community in mind.

“The purpose of the facility was so out tribe could preserve its culture, its language, its stories and its people,” said Matt Thompson, the tribe’s planning director.

In addition to the COVID-19 facility, Consolidated worked to the tribe to build a food pantry and early childhood learning center.

Tribal officials say the projects bring a sense of optimism — even in the difficult circumstances brought on by the pandemic.

“Our confidence is high that we can do anything again,” Larsen said.​