'One of the Best Performances I’ve Seen': Wisconsin Professor Shines on 'The Voice'

APPLETON, Wis. — John Holiday had this gift he wanted to share.

He was kid-on-Christmas-morning excited about his offering and just as everything was falling perfectly into place, the perfect storm arrived. COVID-19 treated all of John’s hopes and dreams like a windshield treats a bug.

And it was one of the best things that ever happened to him.

“I had some really wonderful things that were coming up and suddenly everything stops because of the pandemic,’’ said the 35-year-old music professor at Lawrence University in Appleton. “And I thought to myself, ‘What is a way I can continue to share what I think is my gift with the world?’”

To share the gift of his voice, while at the same time wanting to show others how to create their own voice, John turned to “The Voice.”

Already widely renowned for his work in opera, jazz and gospel singing, John knew it was the perfect time to cross over into the mainstream lane.

He auditioned for the 19th season of NBC’s “The Voice,” was selected, debuted last Monday during the show’s blind auditions and was immediately admitted into that exclusive club called “Overnight Sensations.”

“Your range is just otherworldly,” John Legend, one of the four celebrity coaches, told Holiday following his performance. “It was one of the best performances I’ve seen and heard on this show.”

And that was just the beginning.

“Some singers have a voice. John Holiday has the voice,” Billboard magazine wrote.

“This flashy crooner’s performance was bold and stupendous and totally memorable; he looked and sounded like a superstar,” said Yahoo Entertainment. 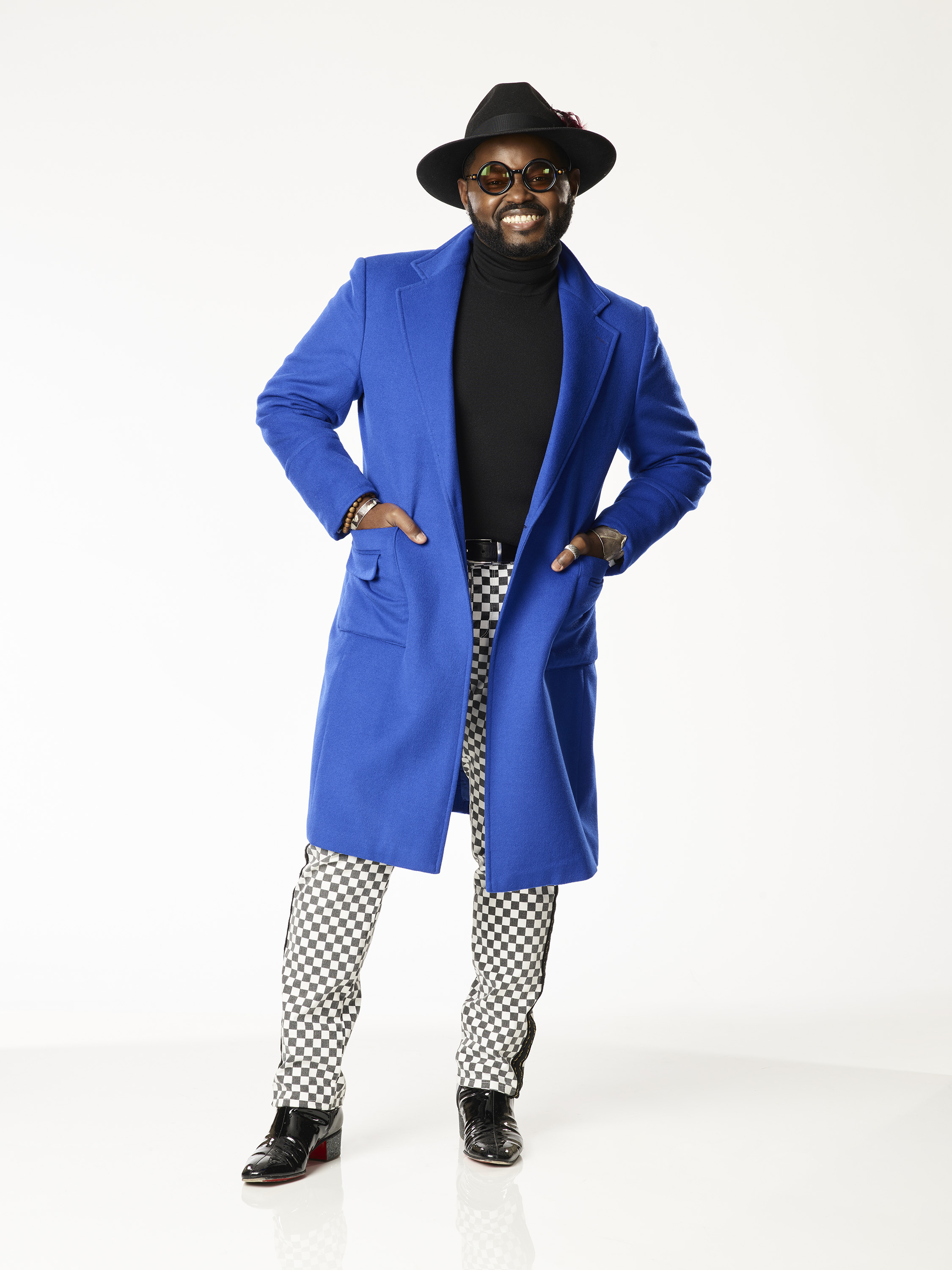 “Ho. Ly. Crap. … John’s  performance was stunning, and not just because he had the coaches convinced that they were listening to a female vocalist. It was gorgeous — emotional and album-mix perfect,’’ said TVline.com.

John is a countertenor, a rare male voice that reaches the stratosphere, producing a range equivalent to that of a female soprano or mezzo soprano.

“I’ve always felt that I was a unique person,’’ said John. “Not in an egotistical or pretentious way, but that I was just different. I’ve always known that growing up.

“I’ve learned that uniqueness for me is a huge, positive thing.”

John grew up in Rosenberg, Texas, a suburb of Houston, surrounded by a family with a love for music and the church.

By the ripe, old age of 2 he began to sing as his local church, was quickly noticed, and asked to audition for the Fort Bend Boys Choir of Texas. John made it. He was 2, traveling the country and bringing the gift of music to anyone within earshot.

Years later, he would sneak into local clubs, underage, and hit the stage. One of the first songs he performed in the clubs, the song that was the favorite of his grandmother, was Ella Fitzgeralnd’s “Misty.” It was that song he decided to sing on “The Voice.”

“I’ve had an extreme connection with that song; that was so important to me,’’ he said.

It was in 2017 when John saw that Lawrence University was advertising for a voice professor, and that caught his eye.

“I said “You know what? I’m going to give that a try,’ because so many of my friends who sung at the opera, on the national opera stage, have been graduates of the conservatory of music at Lawrence,’’ he said. “So I applied.”

In his short time there, he has established himself in a way few teachers can.

“He’s helped me not just as a student,’’ said Jack Murphy, a senior from Neenah, “but what do I want my life to look like, my musical life, my personal life, and he’s just always given sage advice.’’

Earlier this term Murphy was dealing with a myriad of personal issues when he went for his scheduled singing lesson with John. But he received a different kind of lesson instead.

“Literally, all we did was talk about what’s going on,’’ said Murphy. “Process through it, and it was just so valuable to have that. We didn’t even sing at all. He is teaching the whole person and not just us as a musician.”

Sarah E. Navy, a junior from Houston, was part of a virtual watch party with John’s other students last Monday. Aside from the excitement and cheering and screaming and, even tears, watching his performance was a realization that her professor puts his words into action.

“One thing Prof (their nickname for John) teaches us is, we can do what we want to do,’’ she said. “If we work for it, it we have the passion for it, we can obtain it. And if we have a gift, we ought to share it.

“I’m really grateful he had the courage to step out and not only do it classically, but also do it commercially. You don’t see a lot of people doing that. I feel very blessed to have had the opportunity to learn from him. The experiences I’ve had with him, I don’t see those leaving my heart or my mind any time soon.”

John is no stranger to signing competitions. He was won plenty. And, yes, he wants to win this one, too.

But he also understands none of this would be possible if he didn’t force himself to get uncomfortable. 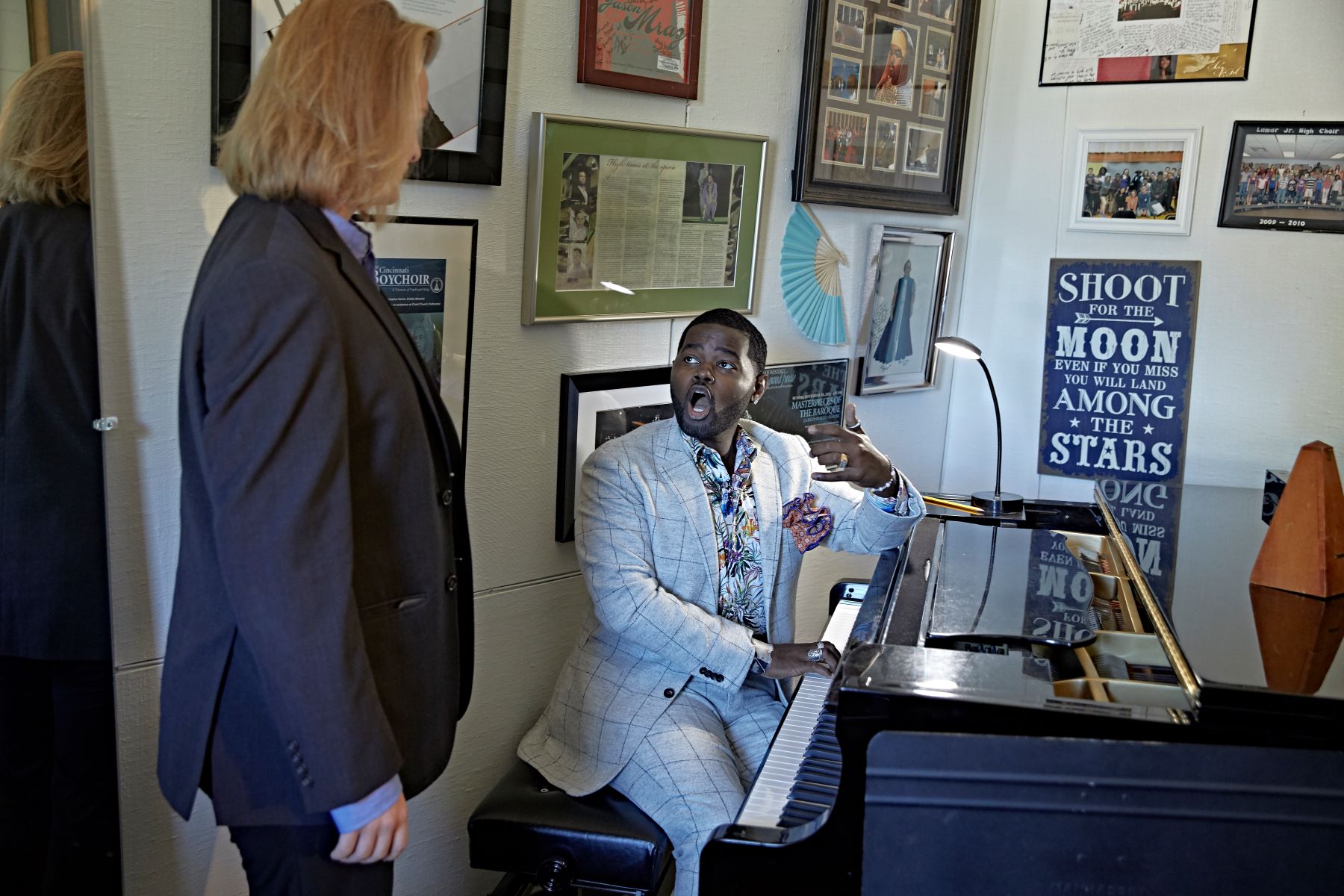 “When they turned around,’’ John said of Legend, Kelly Clarkson and Gwen Stefani, whose decision to turn their chairs and face him during his performance meant they wanted him on their team, “what was most evident to me in the moment was I was just so grateful and so thankful for them affirming my artistry in a sense. Yes, I’m an opera singer, but I can also do this other thing. Now someone else believes in me, too.”

For the remainder of his time on the show that someone will be one of the giants in the music industry, as John Holiday will be a member of Team Legend.

As a man of faith, John believes he is in the national spotlight for a reason. As a man of music he understands, better than most, its strength. And while it can’t cure COVID-19 or racial injustice or unemployment, it nonetheless can be a powerful tool.

“My hope and my prayer is that when I’m on the stage singing, that I lift people up and out of their current situation, even it’s just for 10 minutes while I’m on the stage,’’ he said. “If I can help someone rebound from their pain, heartache, grief or illness for 10 minutes, then I’m doing my job. Then I’ve already won.”