Saturday morning at Elver Park, more than 100 people had dropped off their absentee ballots by 11 a.m. “When we first got here, there were people coming already,” said a poll worker named Bob. “Ready to go, there were people waiting in their cars, ready to turn their ballots in.”

However, there’s a battle brewing over those ballots. Madison City Clerk Maribeth Witzel-Behl said her office organized the event because the city’s ballot drop boxes are still on order, and residents have been asking for places close to home where they can drop off their ballots. She said they’re using sealed ballot bags their office has used for a decade, and that poll workers were essentially standing in as “human drop boxes”.

“This is not in-person absentee voting. Poll workers will not be able to issue anyone a ballot at the park,” Witzel-Behl said in a statement Friday. “The only way to receive a ballot right now is through the mail.” 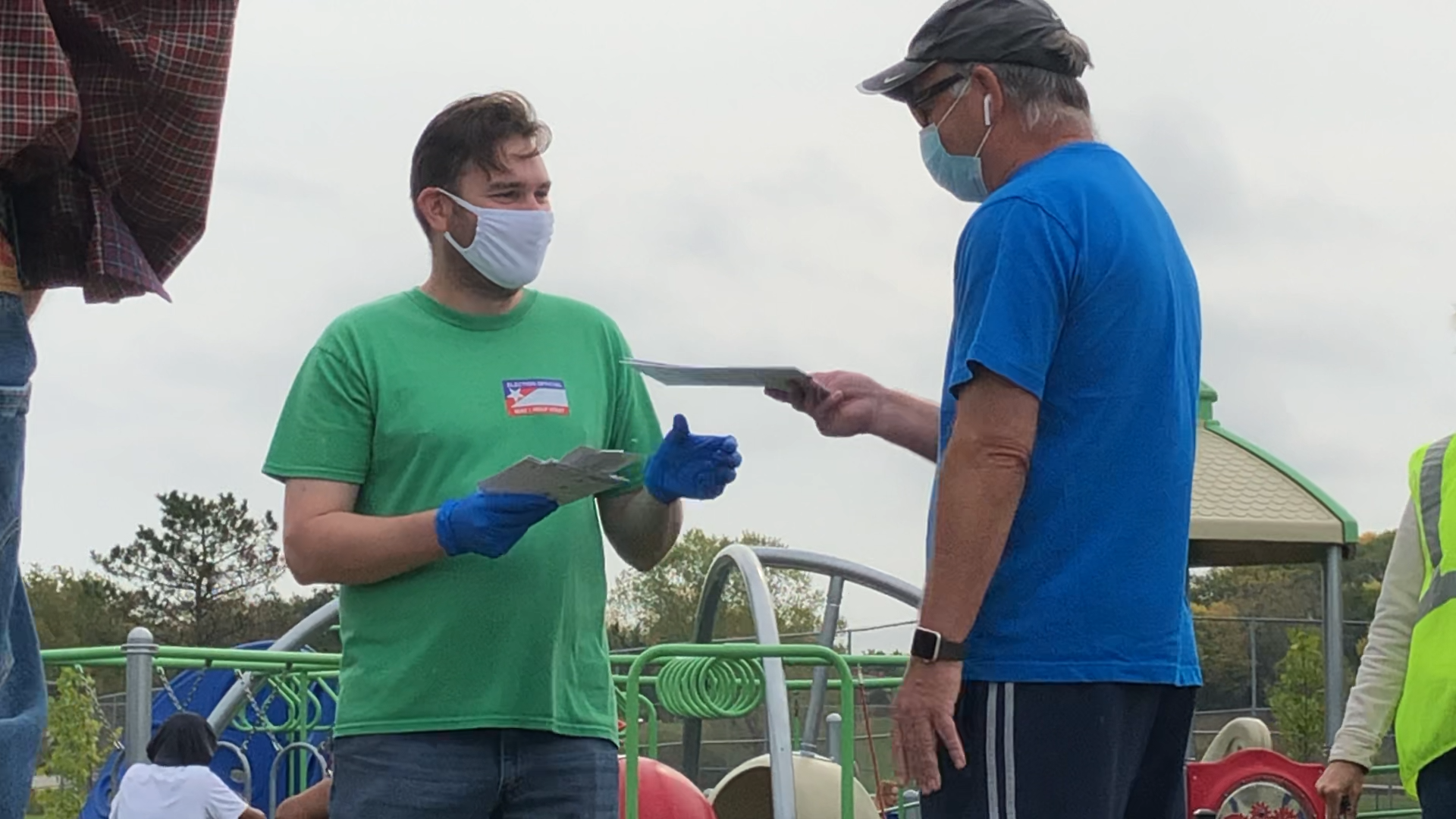 Friday afternoon, a lawyer for Assembly Speaker Robin Vos and Senate Majority Leader Scott Fitzgerald sent a letter to Witzel-Behl, telling her the event is illegal. They claim it looks too much like in-person early voting, which by law cannot begin until October 20.

“Given the apparent unlawfulness of the absentee-ballot-collection efforts of your “Democracy in the Park” campaign, there is a grave risk that all ballots you collect through this campaign will be challenged in court and ultimately invalidated,” lawyer Misha Tseytlin said in the letter.

Madison City Attorney Mike Haas also happens to be the state’s former top elections official. Haas was the Administrator of the Wisconsin Elections Commission. He told the Milwaukee Journal-Sentinel this can’t be early voting, because no one is being given a ballot. He said those ballots would otherwise go into the mailbox, and instead they’re going right into the custody of sworn poll workers.

Also Friday afternoon, the Trump campaign emailed supporters asking them to act as “observers” to the Democracy in the Park event. Our crew went to six parks and didn’t find any observers, but that doesn’t mean they weren’t present at other locations.

While our crew was there, many voters thanked the poll workers for the opportunity to give their ballot directly to them.

The issue will likely be settled in the courts.