OSHKOSH, Wisc. (SPECTRUM NEWS) — For the past six months Capt. Chris Tarmann and a team of others have been working on a mobile app to connect law enforcement officers with vital care resources.

What started as a project for the Wisconsin Law Enforcement Command College earlier this year is expected to go live in early fall.

“The intent of the app is to bridge a police officer to a resource confidentially,” says Tarmann, an officer with the University Of Wisconsin-Oshkosh Police Department.

The app includes links to lists of mental and physical health resources as well as information about nutrition and sleep. It includes direct connections to peer support and chaplains around the state. It has also partnered with Copline — a 24-hour hotline staffed by retired officers. 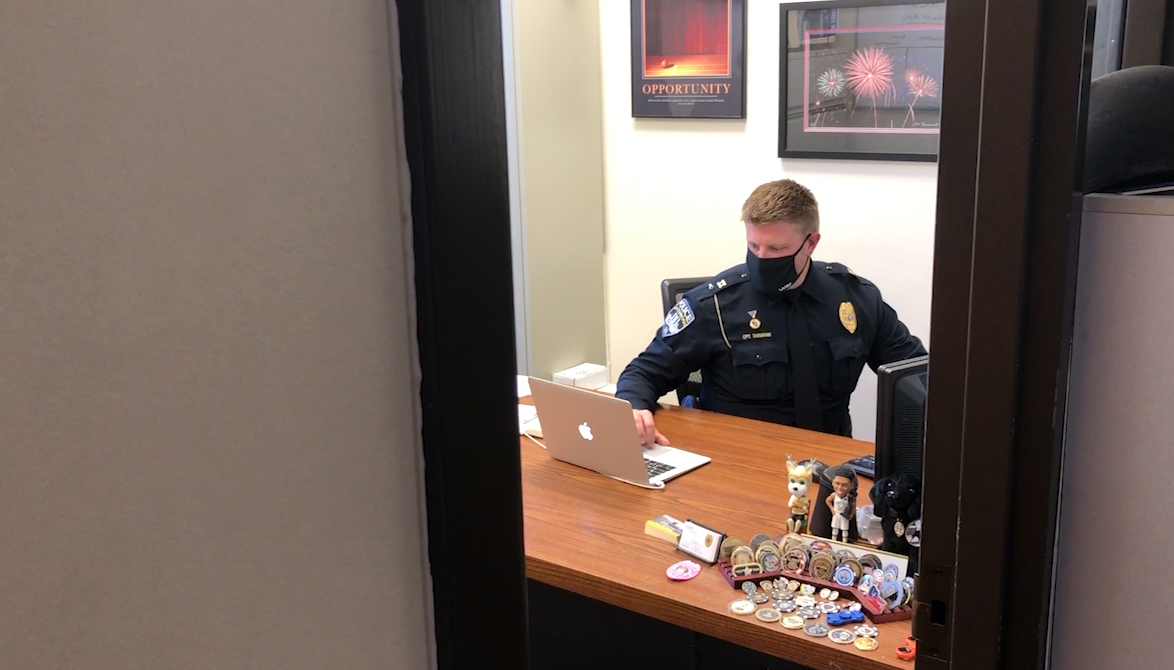 “Ultimately, if we roll an app out and it saves the life of one police officer, that’s really my goal,” Tarmann says. “But I’m really hoping it connects people to a resource before they ever get to the point where they ever have a, ‘I don’t know if I can do this anymore’ conversation in their mind.”

Law enforcement officers around Wisconsin face tough situations every day — regardless of department size. The free app is designed to help the officers through those tough times while also giving departments a one-stop resource.

“People that work in law enforcement, they go to calls regularly where you’re in a stressful situation in somebody else’s life, then you soak that in and it affects you. It affects you in so many ways. I think people forget that,” Tarmann says. “I think they forget even though you put (the uniform) on, it doesn’t take away the world’s problems. ”

The as-of-right-now unnamed app is being overseen by the Wisconsin Law Enforcement Death Response team.