MADISON, Wis. (SPECTRUM NEWS) — Wisconsin is now considered in the “red zone” for coronavirus spread, according to a federal report. 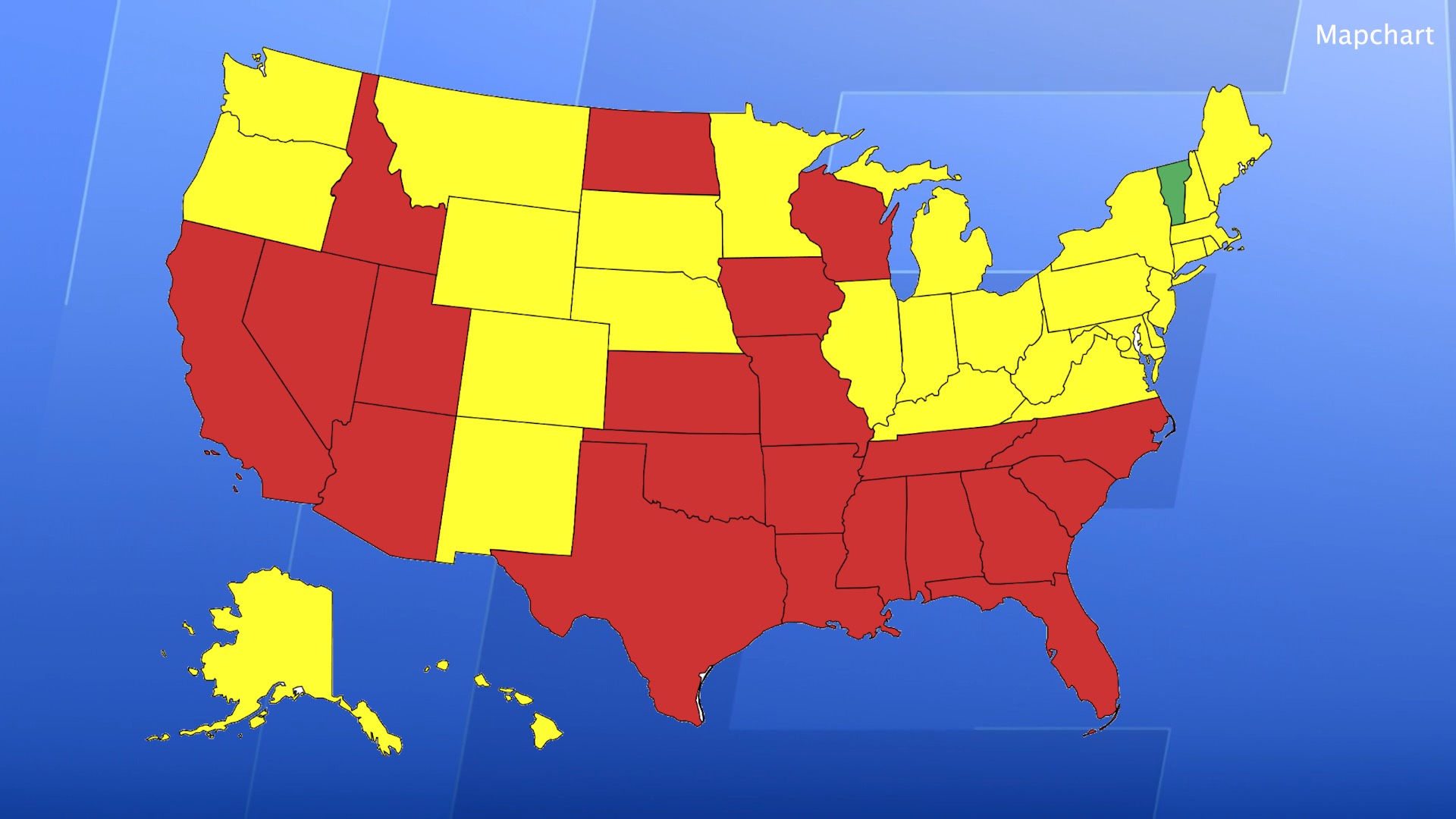 “This isn’t like football where we’re close to scoring a touchdown. It’s quite the opposite,” UW Health Chief Quality Officer Dr. Jeff Pothof said. “We are not looking so hot compared to other states and our peers.”

When the White House Coronavirus Task Force released this report about two weeks ago, Wisconsin was not on the list. That changed in its newest report, obtained by the New York Times.

Twenty-one states are now considered in the “red zone”. That means in one week, the state had more than 100 new cases per 100,000 people. Last week, 6,400 Wisconsinites tested positive.

“The midwest so far hasn’t seen the kind of epidemic originally seen in the northeast, that’s now being seen in the south,” said Dr. Ajay Sethi, an Associate Professor of Population Health Sciences at UW-Madison. “I think we could be the next region that could get this surge.” 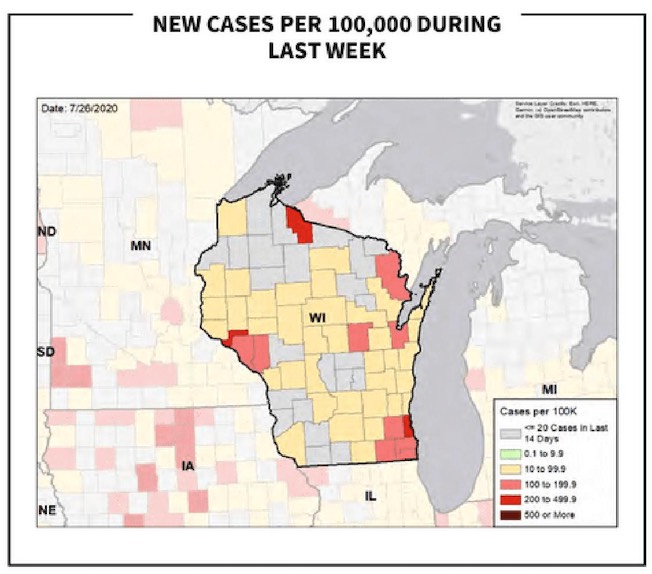 Pothof and Sethi believe Wisconsin got here because attitudes about the virus have gotten more lax, especially in young people.

“It’s a little bit disappointing that as a state we’re kind of underperforming a lot of other states in our ability to control the spread of COVID-19,” Pothof said.

Sethi said a lack of statewide orders, allowing leaders to decide restrictions county by county, has led to confusion and inconsistency.

“We see [responsible restrictions] from some leaders, but not all leaders. And that causes mixed messaging, and then some people don’t take it as seriously as others,” Sethi said. “That’s what we have right now. I think that surge in younger populations is a good example of that.” 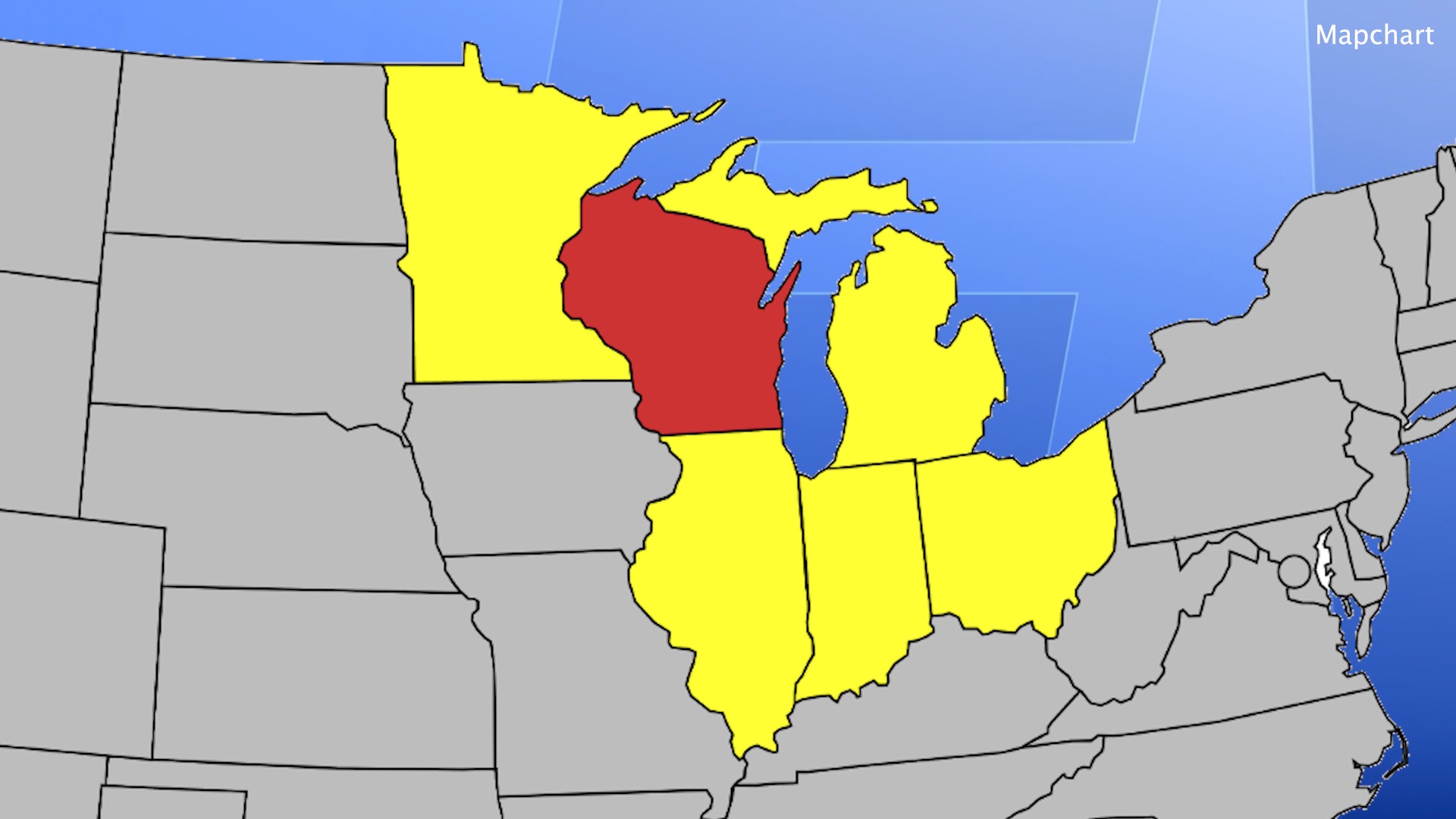 Wisconsin is in Region 5 of the U.S. Department of Health & Human Services regional map. “We’re the only one that’s in the red zone. Minnesota’s yellow, Illinois, Ohio, Indiana and Michigan,” Sethi said. “We were there. But now we’re leading our zone.”

Many more rural areas are now seeing larger outbreaks of coronavirus than they were before. The report singles out Pepin, Trempealeau, and Iron counties, which have now “flipped” red. That means in the week before the report, those counties had more than 100 positive cases per 100,000 people.

“Early on in the pandemic, there was some notion that we could take comfort that this was a disease of cities. And that’s not the story, that’s not the narrative anymore,” Pothof said. “This is affecting the rest of the state. Just because you live in a small town or more rural area, does not at this point mean that you’re safe or protected.”

Conversely, some of the more populated areas have lowered their cases. In the week before July 26, Dane County is no longer in the red zone.

“The story of Wisconsin is now that we’re seeing some stabilization in our urban areas,” Pothof said. He believes the added restrictions in Dane County and other more populated counties may be leading to cases starting to slow down. 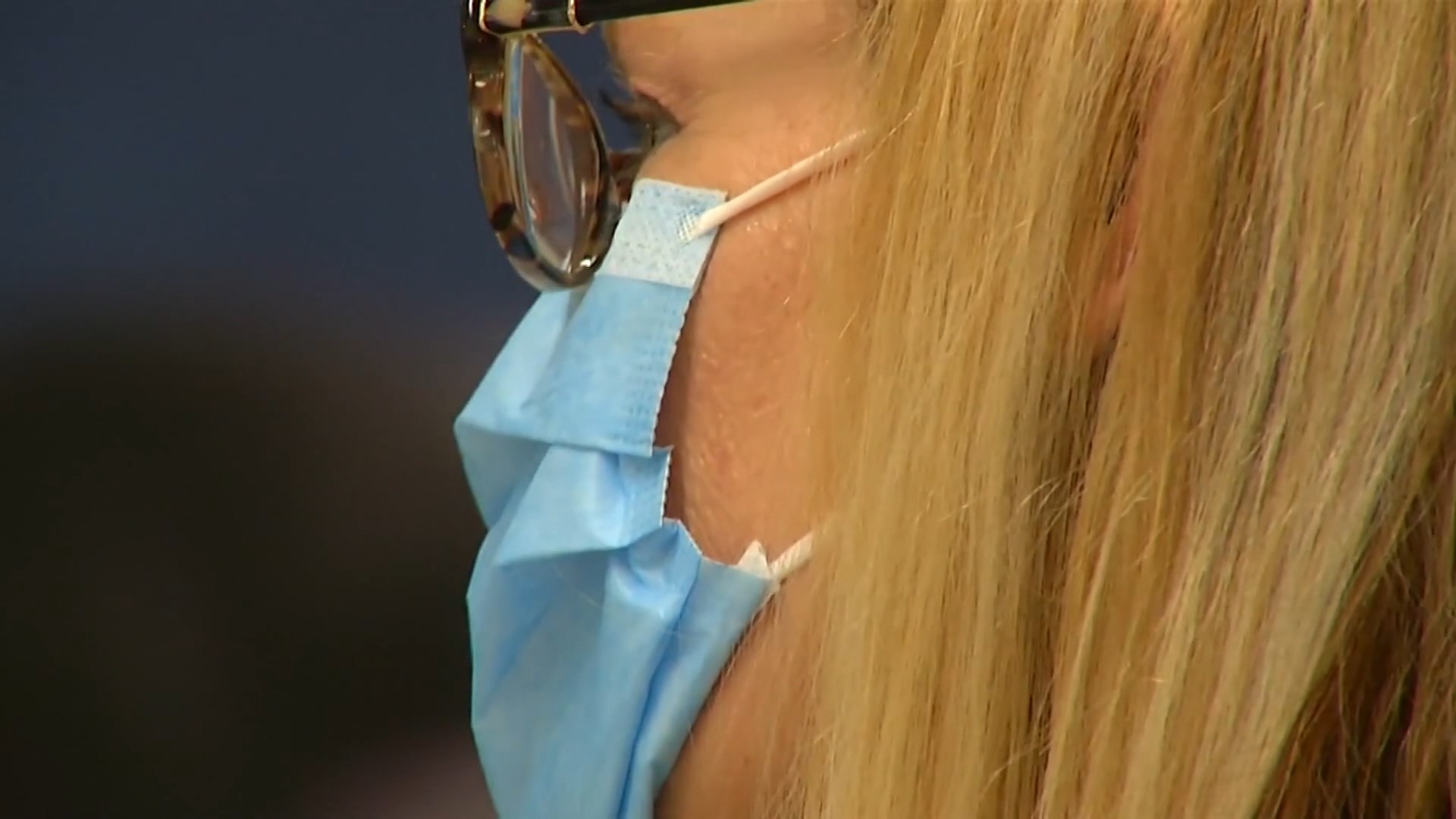 That report said for some states, “statewide mask mandate is critical to slow the spread”. For Wisconsin, it said local officials must enforce their mask ordinances, and a statewide mandate should be considered.However, Gov. Tony Evers has said he fears a statewide mask order would be challenged by the GOP in court, and struck down by the state Supreme Court, like the Safer At Home order.

Still, Sethi would like to see a statewide mandate, believing it will clear up confusion and enforce consistency all over Wisconsin.

“We are a state where the governor has some limitations as to what can be mandated at a state level,” Sethi said. “We’re the only state in this precarious situation. So things are left to the counties to take action.”

Sethi said the mindset needs to shift from reaction to prevention. Increased restrictions and personal safety measures can make a difference, if they’re implemented early enough.

“We generally are making recommendations after we have a surge. That’s when we decide to react,” Sethi said. “The way to avoid making things worse is to take those precautions before the rate gets out of control and too high.” 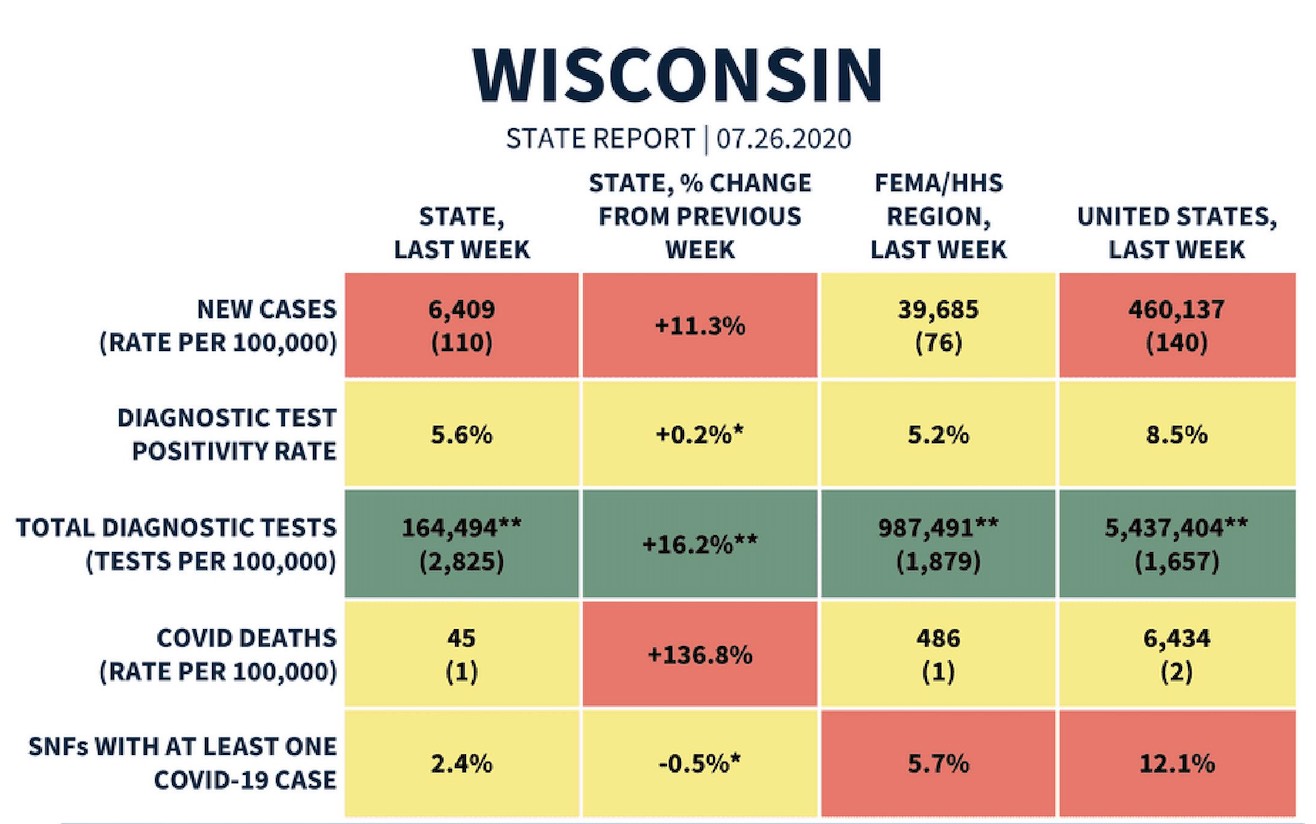 “We’re at this tipping point,” Sethi said. He wants to see more people hunkering down the way they did in March. “We’re in trouble, and we want to avoid having a surge that goes out of control.”

“I think all of us are getting really tired of this whole pandemic and quarantine and not being able to do what we want,” Pothof said. “The quickest road to getting back to watching the Packers at Lambeau Field, to getting our kids back in school, to being able to go out to stores […] is to clamp down and really fight back against this virus. The tools haven’t changed.”

Those tools are to wear a mask whenever you’re out in public, especially inside; wash your hands well and often; and keep physical distance between yourself and others.

It’s recommended that if you live in the red zone, you limit your activity to 25 percent of what your normal activity would be. Sethi said if you live in a county with a surge in spread, staying home is always your safest bet.