GREEN BAY, Wis. (SPECTRUM NEWS) -- Green Bay will host to President Donald Trump this week, his eighth visit to Wisconsin, and second to Brown County, since taking office in 2016. Green Bay's mayor wrote an open letter to the president on Wednesday, calling on President Trump to listen to all voices in the Green Bay community.

Mayor Eric Genrich encouraged the president to use his platform to unite, rather than divide, the American people. 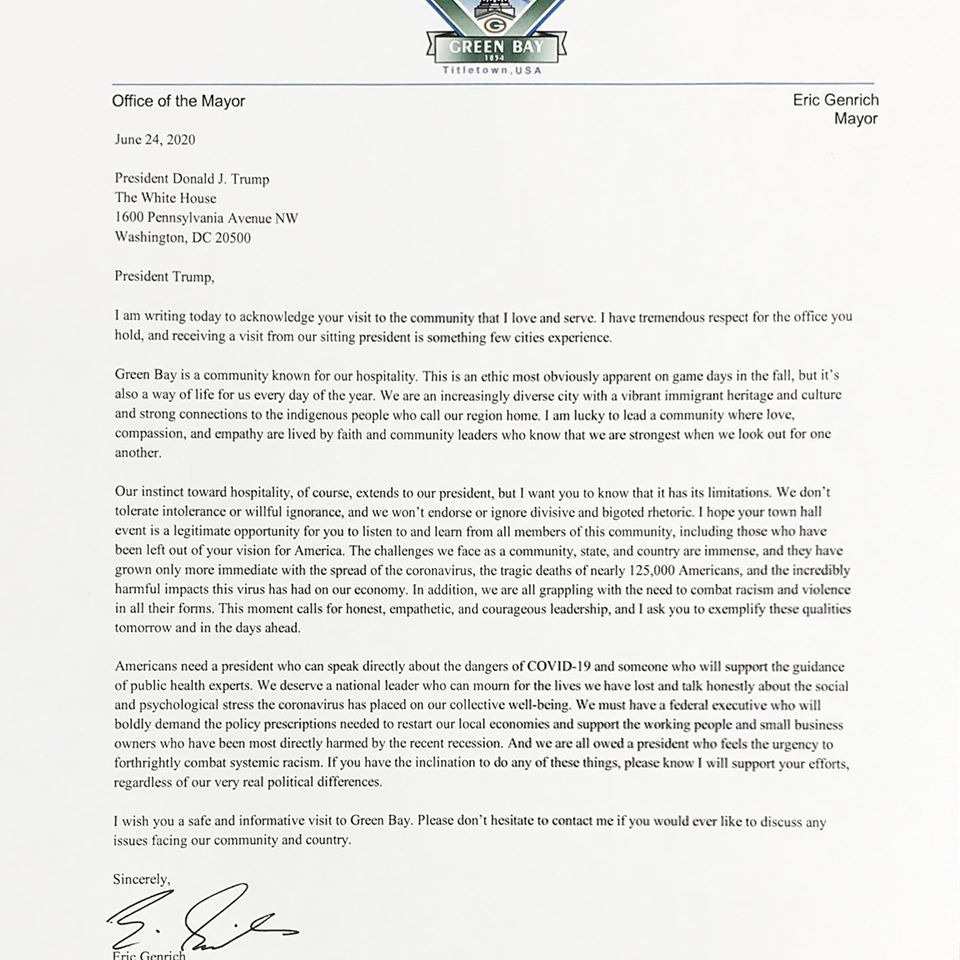 "Our instinct toward hospitality, of course, extends to our president, but I want you to know that it has its limitations. We don't tolerate intolerance or willful ignorance, and we won't endorse divisive & bigoted rhetoric. I hope your town hall event is a legitimate opportunity for you to listen to and learn from all members of this community, including those who have been left out of your vision for America," wrote Genrich.

Genrich ended the letter saying quote, "I wish you a safe and informative visit to Green Bay. Please don't hesitate to contact me if you would every like to discuss any issues facing our community and country.

The president will tour Fincantieri Marinette Marine on Thursday morning and discuss the recent $5.5 billion federal contract with the shipyard to build 10 new ships. Following that tour, Fox News host Sean Hannity will host a town hall with the president at Jet Air Group on the grounds of the Austin Straubel International Airport. According to the site giving out tickets, the event is sold out. Anyone who attends will be required to  wear a mask and have their temperature checked before entering. The town hall will be televised on Fox News at 8 p.m. Thursday night.