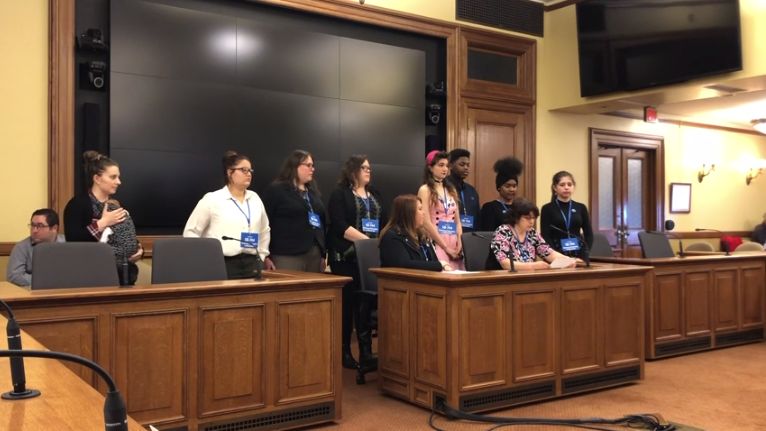 Wisconsin One Step Closer to Holocaust Education in Public Schools

MADISON, Wis. (SPECTRUM NEWS) -- “Any religion or any color of skin, from Asia or from Africa wherever — people, humanity counts on it, and that’s what I tell the kids,” said Eva Zaret, Holocaust survivor.

It’s one of the darkest times in our world's history, yet according to the Holocaust Education Resource Center, 20% of millennials know nothing about the Holocaust.

On Wednesday, during a public hearing at the state capital, Wisconsin educators, students, and community members vocalized their support for bill SB744. Under bill SB744, Holocaust and genocide education would be required in Wisconsin schools.

Zaret, 87, is one of a dwindling population of Holocaust survivors. She knows the true story and says now more than ever she feels compelled to share.

Teaching the true history of the Holocaust is not only a reminder of Jewish history, but it’s also a reminder of humanity. “Be kind and good and don’t bully and don’t hate - but be good that’s all I want,” said Zaret.

Committee Chair Senator Luther Olsen says he expects the bill will pass out of committee. Before it is passed into law it will need a full floor vote from the Senate.