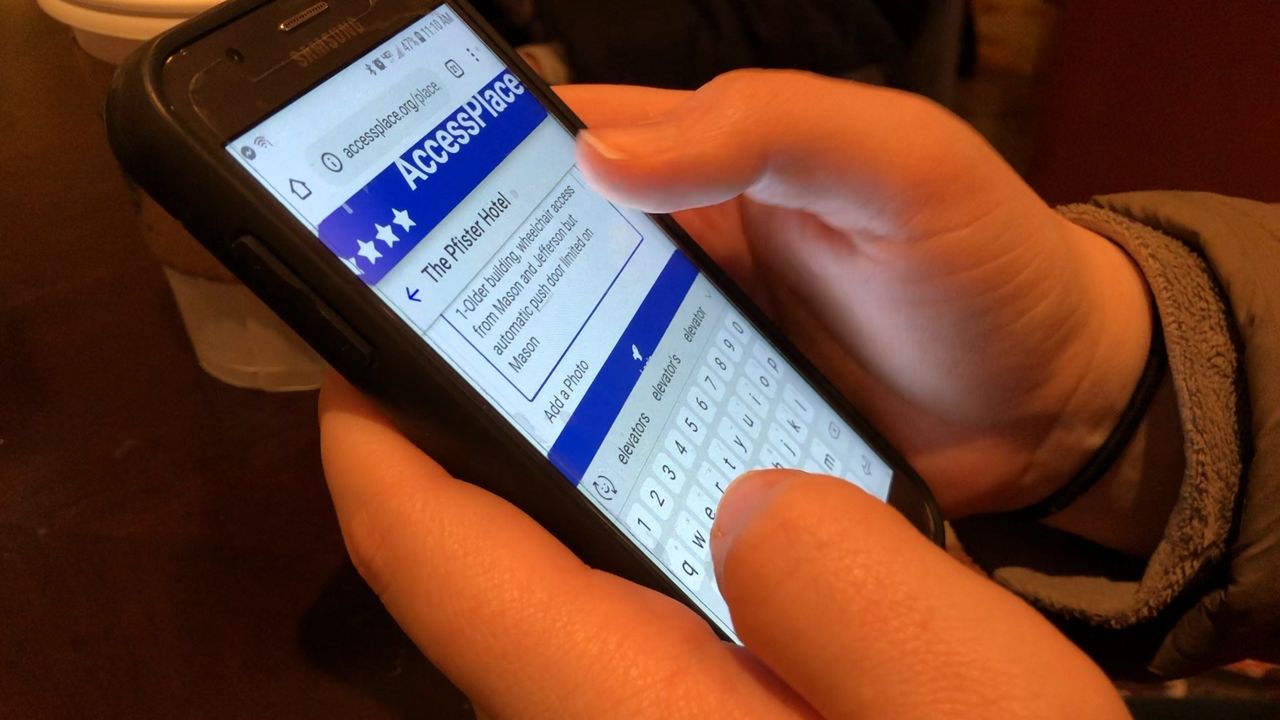 UW-Milwaukee partnered with Independence First, a resource center for people with disabilities, to create “Access Place,” which allows users to rate restaurants and other gathering spaces near DNC events. Dr. Roger O. Smith of UW-Milwaukee said this app is the culmination of a 25-year effort to give people with disabilities an understanding of which city establishments accomodate for their needs, and which do not. He compared Access Place with Yelp, and last weekend he trained dozens of volunteers to scout downtown buildings to populate the app with initial data and ratings.

Maddie Jahms, Mikayla Hamann and Danielle Madden are all occupational therapy students at Milwaukee Area Technical College, and the three teamed up to give the Café At The Pfister (Hotel) its first access ratings on the new platform. The wide lobby hallways and spacious café seating earned high marks, though narrow handicap-accessible bathroom stalls did not. The trio gave the Pfister an overall access rating of three stars out of five.

Volunteers will spend four more Saturdays organizing to populate the app with ratings before the DNC. The next event will be March 21, with the final three taking place on the final Saturday of April, May and June.