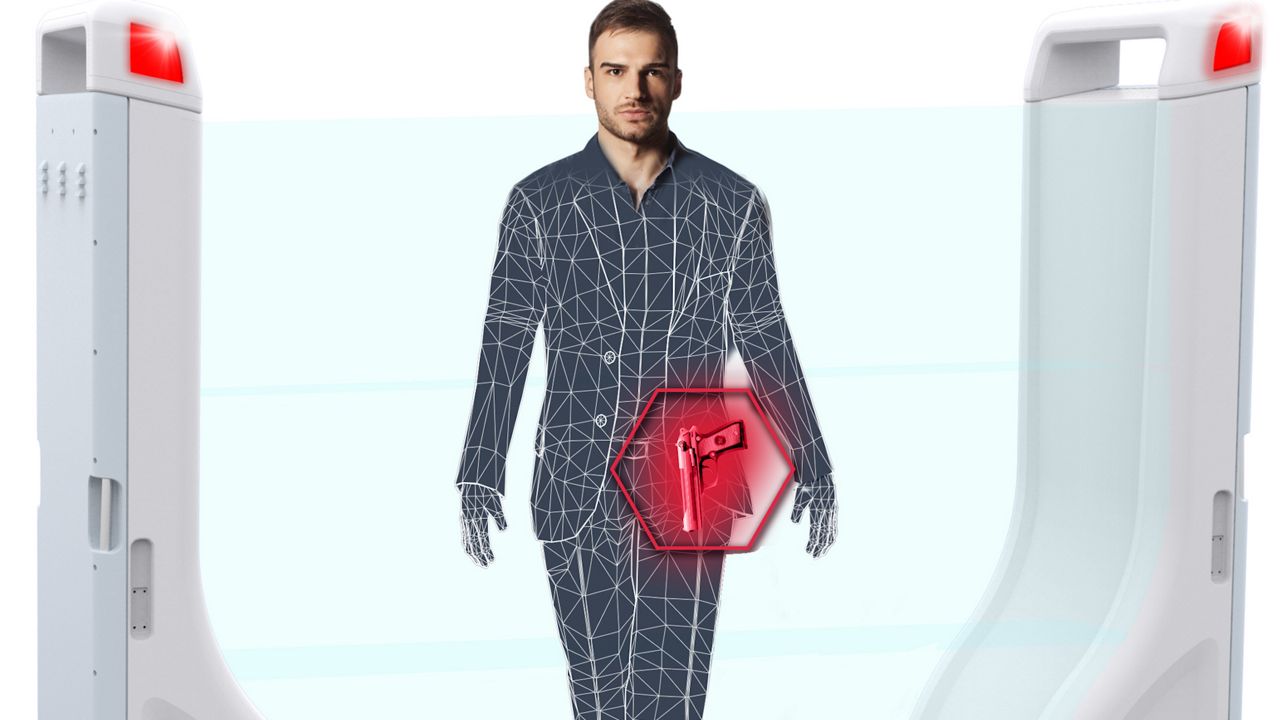 MADISON, Wis. (SPECTRUM NEWS) -- Tens of thousands of people each year will attend on-campus events at the University of Wisconsin-Madison.

Things like football or basketball games draw huge crowds. With that many people in a crowd, University Police are always looking for the best ways to keep these events safe from a possible attack.

“We want to definitely make our venues ones for the bad guy to look the other way,” said Capt. Jason Whitney with the UW-Madison police department.

The department will soon test a very modern method to do that. They are partnering with a Canadian company called Liberty Defense.

“Liberty Defense is a company that has been set up to help fight the urban security violence situation that's going on in our society right now,” said Bill Riker, the company's CEO.

The technology they use to fight that is called Hexwave, it was initially developed at MIT.

It uses low energy radar to scan an area, detect a weapon like a gun or a bomb, and send that information to authorities.

Riker said it can work in stadiums, malls, airports, schools or any other place we have seen attacks in North America.

“Which makes it especially complementary to a lot of the other great detection technologies that are out there right now so that a systems-level approach can enable preventing the attacks that are occurring in our society,” Riker said.

The technology has drawn criticism in some states for infringing on rights, like in Utah where the ACLU criticized the state government for agreeing to test it in the state.

Riker said they tried to design it to keep people's privacy in mind. He said it doesn't take images of faces, and the only thing that sees the actual data is the AI system.

“The only thing that's seeing that is the artificial intelligence algorithms that essentially have been taught to recognize different weapons or non-weapons,” Riker said.

They have set up tests across North America in various settings.

When they test at UW-Madison it will likely be at a sporting event in the spring.

In the future campus police can see it working with existing security measures they take.

“You always want to have a couple of different layers of defense in security because obviously some things can be broken,” Whitney said.

Ultimately Whitney says if new technology can help them keep people safe, then they want to use it.

“We're in the business of making sure that campus is safe and secure and that's our number one responsibility is making sure everybody goes home at the end of the day,” he said.

The technology can be set up as a kiosk that looks similar to a metal detector or concealed from the site. Riker describes it as the scanners at retail stores that sense if someone is stealing something on the way out.

Whitney said he doesn't necessarily see it replacing things like metal detectors, but instead working with that technology. The Hexwave system can detect weapons that are metal or nonmetal.