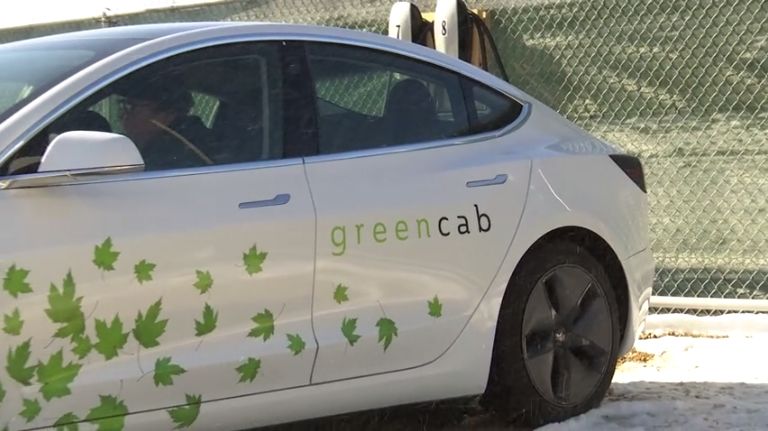 Madison Paves the Way for a Carbon-Free Environment

MADISON, Wis. (SPECTRUM NEWS) -- Governor Tony Evers goal to have Wisconsin Carbon-Free by 2050 is one step closer thanks to the help of two Madison-based companies.

When Green Cab hit the streets of Madison in 2010, it was the city’s first all-hybrid taxi fleet.

“We have saved approximately 1. 9 million gallons of fuel compared to what a traditional taxi cab car would have,” said Green Cab Co-founder Jodie Schmidt.

So, what happens when you take those cars and replace them with Teslas? You get a partnership between Green Cab of Madison and Zerology, a Madison startup whose mission is making Madison cleaner through shared-use electric vehicles.

Since moving to Madison 20 years ago, Zerology’s founder Shree Kalluri has seen the impact of a growing cities impact on the planet. “A lot of growth and vehicles on the street and we have a lot more pollution, traffic congestion and that is a problem I wanted to solve, “Kalluri said.

According to The United States Environmental Protection Agency, the transportation sector is one of the largest contributors to U.S..greenhouse gas (GHA) emissions.

“We are in the transportation business, so how can we do our part to reduce carbon in the air and so the. The electric vehicle was the answer for us, "said Schmidt.

Green Cab has added 30 Teslas to their fleet which they lease from Zerology. Schmidt says they plan on making Green Cab’s fleet all-electric by early 2020.

"Allowing riders to share their rides with one another, therefore taking a lot of the vehicles off the road which is also the goal, so a shared ride, the electric vehicle, and the technology all coming together mean a better way to transport people,” said Schmidt.