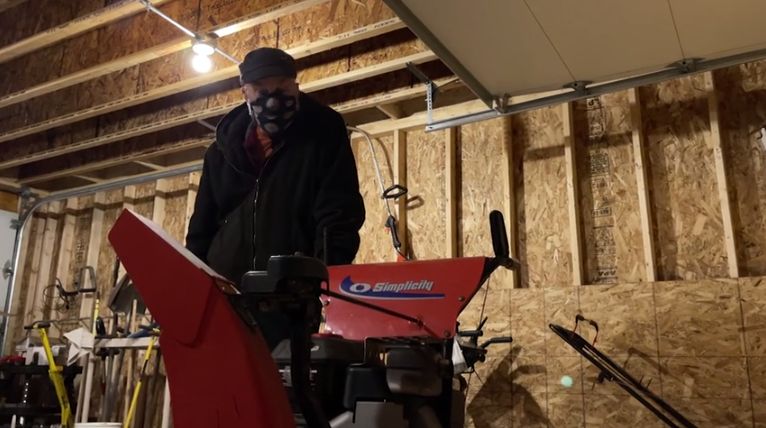 MILWAUKEE – You might call him Milwaukee's Santa Claus of snow ​blowers.

Greg Ryan, a retired electrical engineer, is revving up the season of giving.

"Whenever I get a machine operational, I like to do a little dance even if I'm just by myself," Ryan says.

As a kid, Ryan took apart radios and televisions and put them back together. Now, he's evolved to fixing snowblowers and lawnmowers.

Ryan is the owner of Greg's small engines. He runs his shop out of his garage in Riverwest.

"I don't know anybody else who goes to people's houses and fixes their snowblowers or lawnmowers, so I don't have a lot of competition," he says.

"This season, I've given away 40 or 50 snowblowers, and before the season's over, I'll probably give a giveaway another 40, something like that because they're coming in faster than I can get rid of them," Ryan says.

Ryan likes to use the term "snow blow it forward."

Fifteen hours a week, Ryan fixes old machines so that he can give them away" for free" to families in need.

"A lot of people need help out there. That is what I'm providing free snowblowers to people," he says.

"This machine probably ran 12 hundred dollars or better, and somebody just gave it to me for free, so that I could pass it along to somebody who needs it," Ryan says.

But, I bet your wondering, why does he do it?

"What I'm asking is, if you can help out your neighbors blow out their property, as well as your own, and the world, will be a better place, specifically Milwaukee," Ryan says.