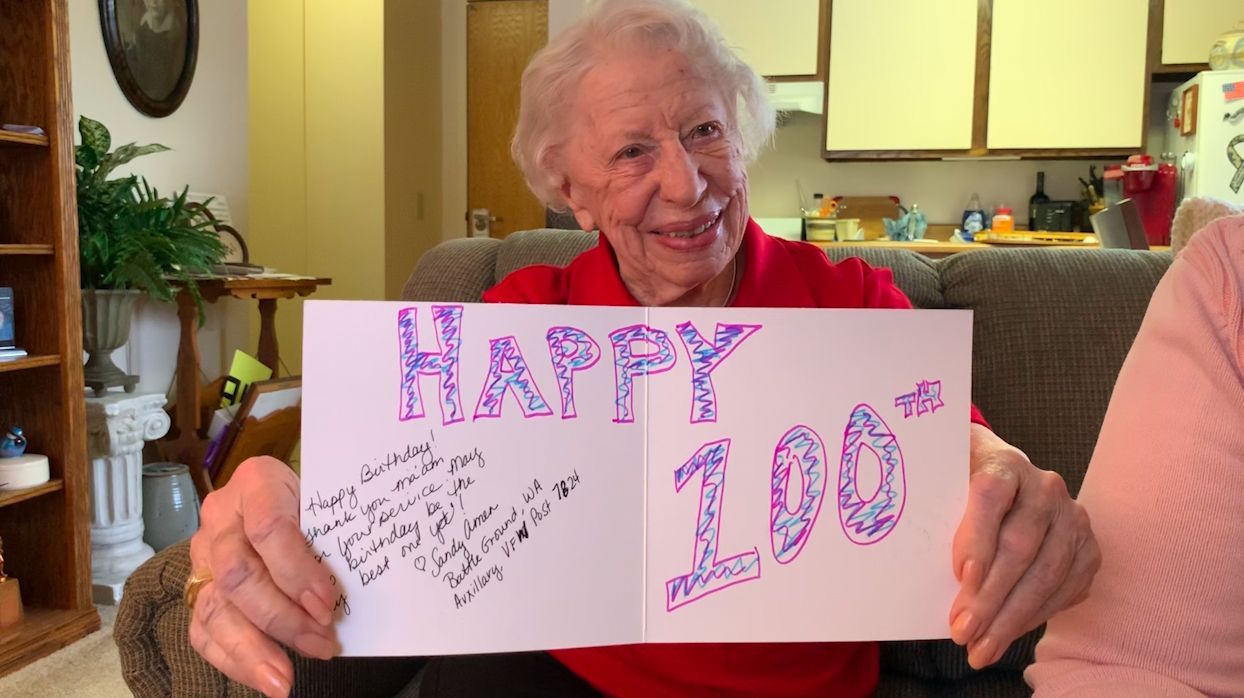 Veteran Celebrates 100th Birthday with Hundreds of Cards from People Across the U.S.

*Note: This story was first published in January, 2020.

MADISON, Wis. (SPECTRUM NEWS)— A Madison woman is celebrating a big milestone birthday with a smile on her face thanks to hundreds of people she doesn’t even know. 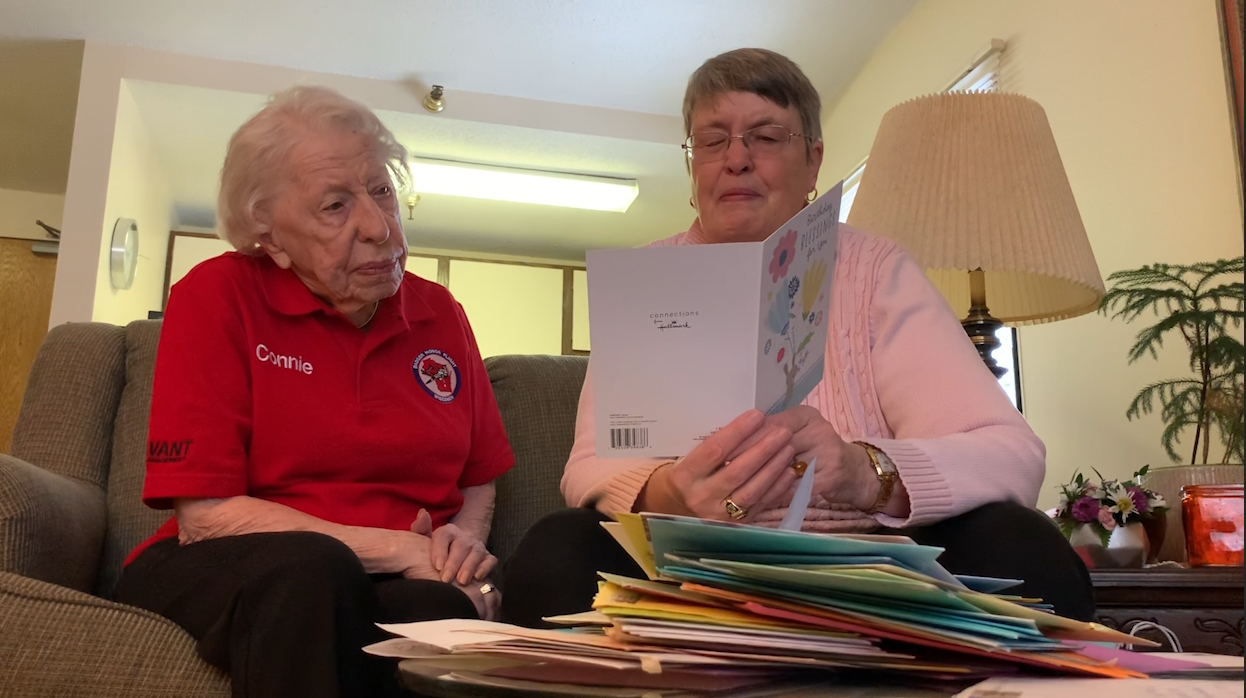 Connie Allord sits in her living room of her senior living facility next to her good friend Gundel Metz following her big birthday celebration over the past weekend. The two friends catch up with a stack of cards in front of them. The first card they open says,

“A woman is not even interesting until she is 30, that must make you fascinating, haha, Happy Birthday.” 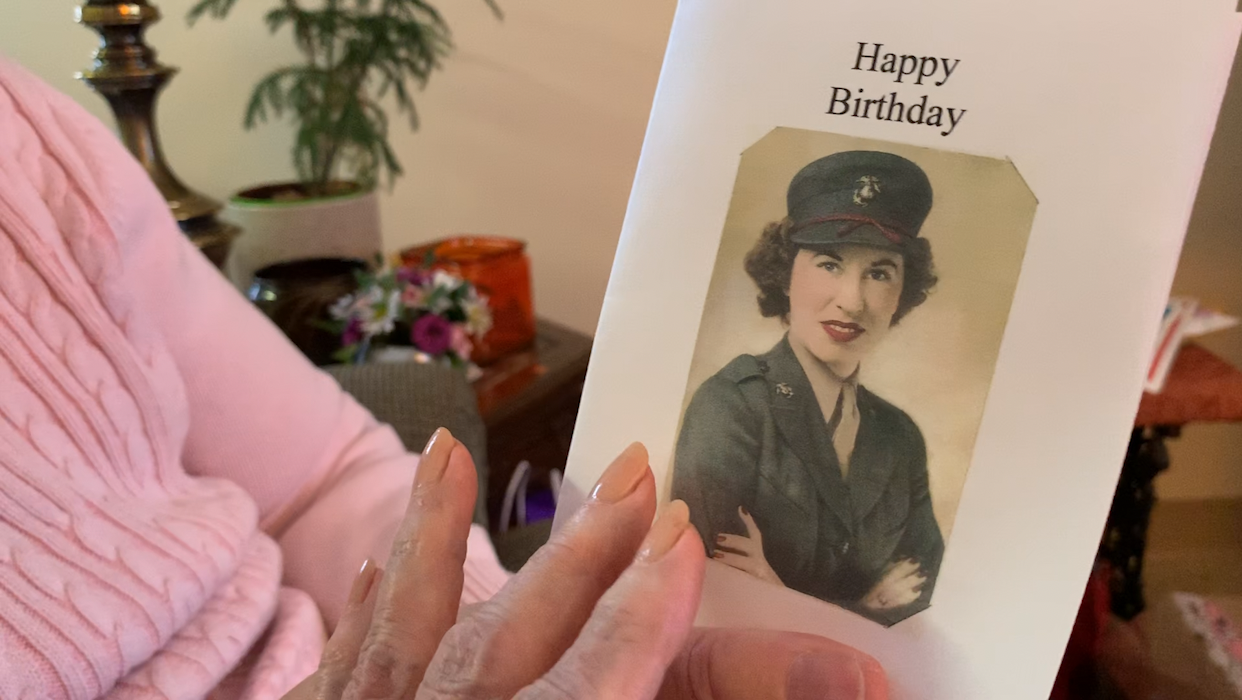 Well, in Connie’s case, fascinating is an understatement. Connie Allord is a World War II Marine Veteran. She served as an air traffic controller while her husband was in the Navy.

After turning 100 this past weekend, she was in for a special birthday surprise. Gundel Metz is a VFW national council member and is good pals with Connie. She says she wanted to maker her birthday extra special, so she reached out on facebook asking for people across the US to send her cards to celebrate the big 100.

Connie received hundreds of cards from nearly every state. Inside each card were sweet messages celebrating a woman who sacrificed so much. One of her cards was from the US Marines, it read in part, “As one of the first female Marine air traffic controllers at Cherry Point you provided crucial support for combat operations in World War II.” 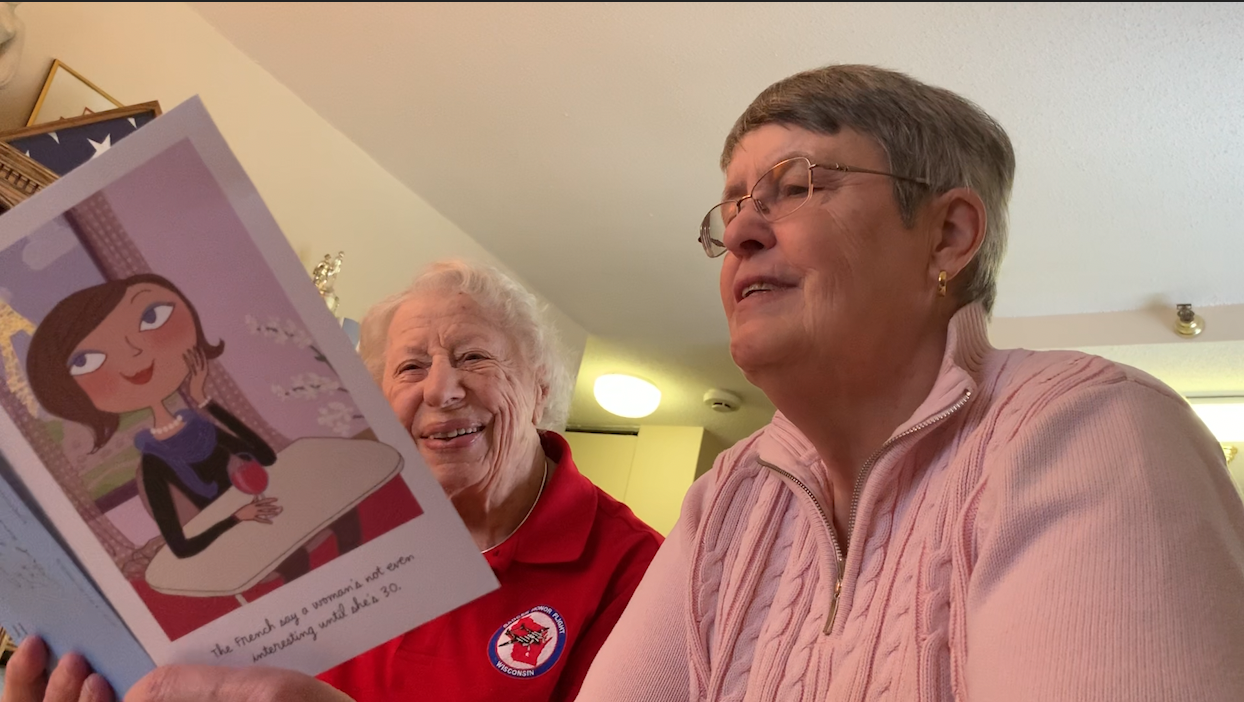 She even got letters from other veterans, supporting their sister on her big day.

“Veterans, to me are like my other family. I can always count on them, they are always there, they are good friends,” Allord said.

She got cards from hundreds of friends she didn’t know that put a smile on her face just knowing she was being thought of by that many people.

“I feel so fortunate to have all these people out there,” Allord said. 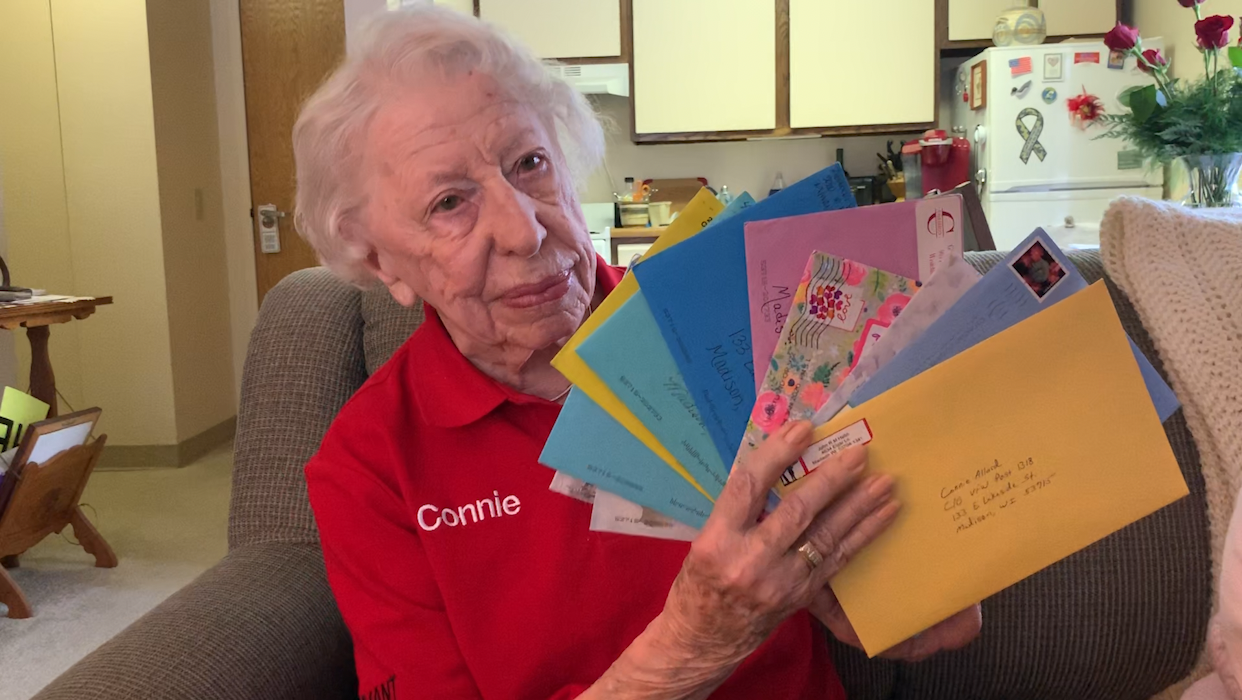