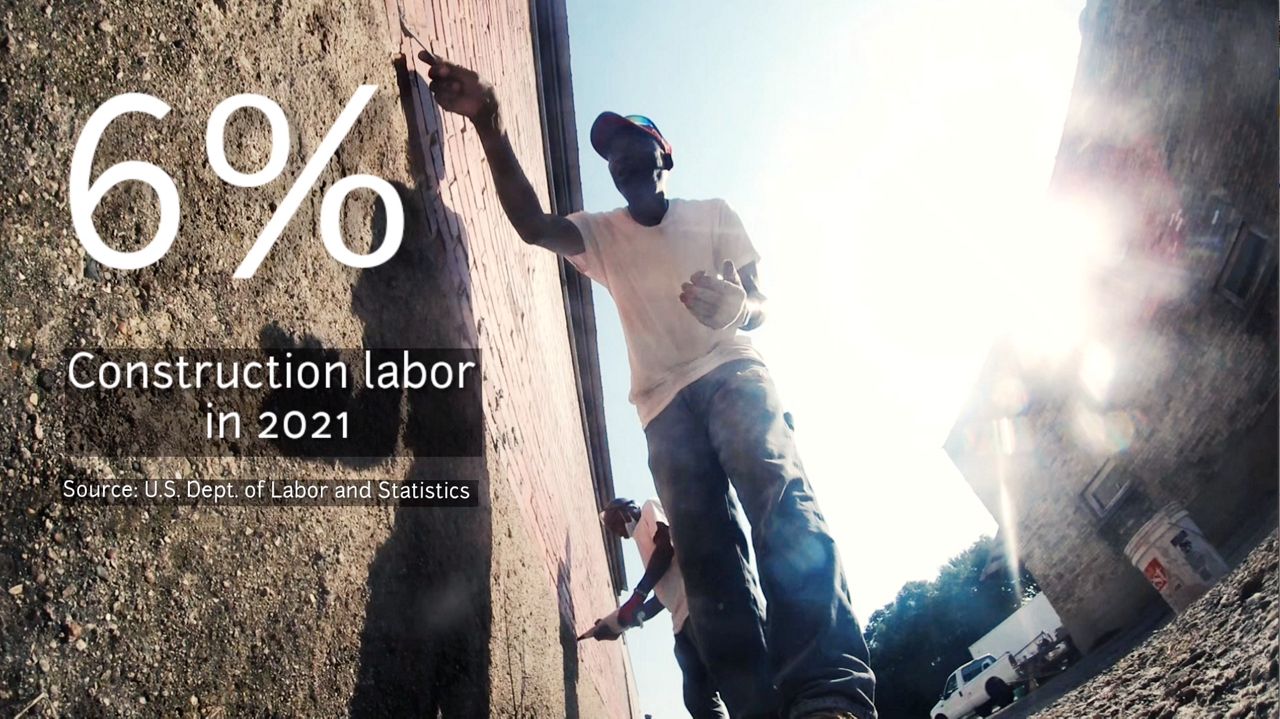 Tuckpoint master Mansfield Nesblett learned the trade of tuckpointing, or brick pointing, in France. It’s a process that involves repairing joints between brinks or stones with putty or mortar. Ultimately, it gives a facelift to the exterior of a building.

In the early 2000s, Nesblett brought his skills to the U.S. He has four decades of experience with the craft. But now, more than ever, he needs additional help on the job.

“It’s like a dying trade,” the Wisconsin Tuckpoint Company owner said as he worked to restore a once beautiful turn-of-the-20th-century Columbia County building.

“Just do it right the first time,” Nesblett told Gransberry as they worked.

Gransberry has a background in cement and said he was grateful for the tutelage from Nesblett.

“Like, it’s not hard work,” he said. “It’s just tedious and time-consuming.”

Nesblett said he was proud of Gransberry’s effort in the first week.

“Mike is doing the best he can, and he’s a fast learner, extremely fast,” he said.

“You can make a comfortable living, no degree necessary,” Nesblett said about the career where wages start at $25 an hour.

As Nesblett remains in high demand, especially on historic structures, he said he still believes in the American Dream; he became a U.S. citizen in 2008.

“Americans are some of the hardest working people I’ve ever worked with,” he said.

So Nesblett decided he would offer anyone, but especially Black or Hispanic individuals, an apprenticeship.

“Right? You see that? So that’s what I’m trying to do... hopefully, I will succeed,” Nesblett said.

“Like it’s different, between the French and Americans way they do it, they’re [the French] more cleaner and more precise,” Gransberry said about why he appreciated the opportunity to work with the pro and gain a skill.

“One day, I want to see Mike be his own boss,” Nesblett said with a big smile before he went right back to the bricks.

Those interested in learning more about the apprenticeship program by contacting Nesblett directly at (608) 228-5750.