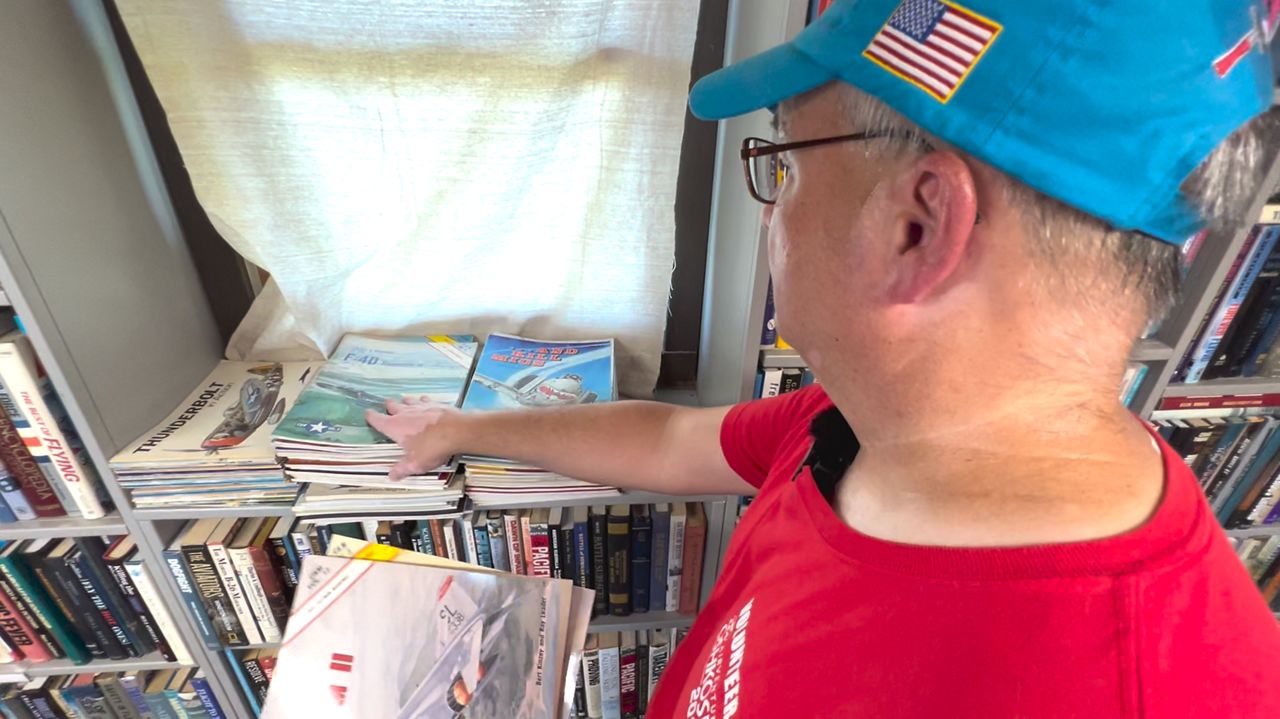 'In one week 500,000 people will be here': Volunteers working fast ahead of EAA AirVenture

OSHKOSH, Wis. — A volunteer at EAA AirVenture Oshkosh said there’s a lot left to do with one week left before crowds arrive.

Jim Cunningham has volunteered at EAA since 2016. He said he enjoys it immensely.

“Volunteering is great,” Cunningham said. “I actually relocated here to the Oshkosh area, so I can volunteer year round.”

Cunningham is a retired librarian. It’s fitting he’d be the one setting up the vintage aircraft bookstore. He said while his work there is mostly done, there’s still plenty to do elsewhere on the grounds.

“We’re seeing all the things that we’ve got to get done to make the show work and we’re realizing we’ve only got seven days,” he said. “It seems like the months beforehand last forever and then all of a sudden bam you’re there and you’ve got a lot of work to do.”

Dick Knapinski is EAA’s spokesman. He said it takes 5,000 volunteers to get the grounds ready.

“It’s shipping container and pallet and cardboard time because everybody’s putting those last-second things together,” Knapinski said. “That’s what we’re looking forward to, building up the world’s greatest aviation convention over the next seven days so we’re ready to go on the 25th.”

Cunningham said he cannot wait for the big crowds to make their way to town.

“In one week 500,000 people will be here and this will become the busiest airport in the world and it’s not for airline service, it’s from people who have a passion and interest in aviation,” he said.