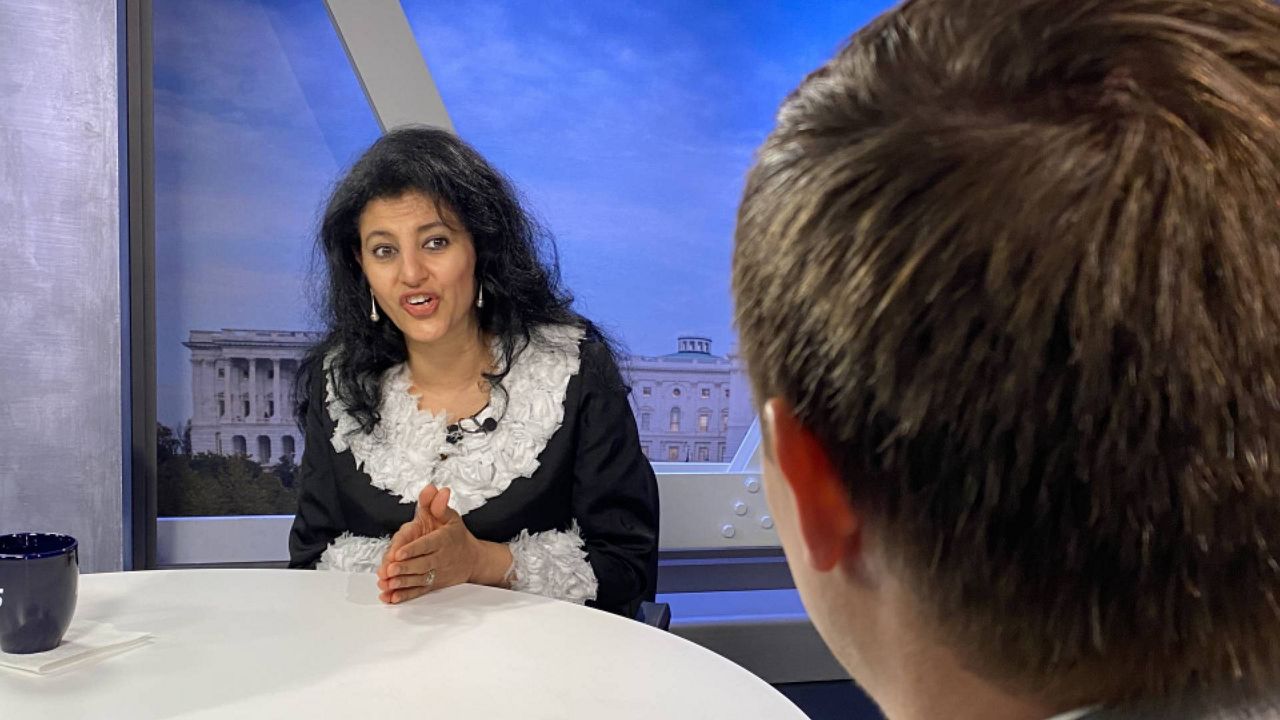 President Joe Biden is expected to mention late journalist Jamal Khashoggi’s name in a meeting with the Saudi Arabian leader accused of approving his assassination, Khashoggi’s widow told Spectrum News on Wednesday. She says administration officials confirmed the plans to her in a meeting a day earlier.

Hanan Elatr Khashoggi said in an interview that a national security official told her Tuesday that the president will mention her late husband when he meets with Crown Prince Mohammed Bin Salman later this week.

“They assured me they will bring this concern up special, about the case of my husband, Jamal Khashoggi,” she said.

NEW: President Biden plans to bring up Jamal Khashoggi's name in his meeting with the Saudi Crown Prince later this week, his widow tells me. She says White House officials assured her that in a meeting Tuesday.

Khashoggi, a prominent Saudi journalist and Washington Post columnist, entered the Saudi consulate in Istanbul in October of 2018, and the 59-year old never left.

The Saudi government initially denied any wrongdoing but eventually admitted that Khashoggi had been killed inside the consulate in what the Saudis characterized as a repatriation effort gone wrong. A 2021 U.S. intelligence report concluded that Bin Salman approved the operation to kill and dismember him.

Administration officials had previously declined to say whether Biden would address Khashoggi’s murder with the Saudi prince.

Asked to confirm that Biden will mention the late journalist, an administration official did not respond but instead told Spectrum News that Elatr Khashoggi "met with a staffer in a routine engagement."

"We won’t have more details to read out of that private conversation," they added.

A administration official tells Spectrum News that Khashoggi met with a staffer in a routine engagement. No more details shared.

Her attorney maintains they met with multiple administration officials.

Speaking at a press conference in Israel on Thursday, President Biden did not explicitly say whether or not he would mention Khashoggi in his meeting with the crown prince.

"I always bring up human rights," Biden said, alongside Israeli Prime Minister Yair Lapid. "But my position on Khashoggi has been so clear. If anyone doesn’t understand it, in Saudi Arabia or anywhere else, then they haven’t been around for a while.”

Elatr Khashoggi attorney, Randa Fahmy, maintains they met with multiple people, including one official from the State Department. Fahmy also said officials told her they would later brief Biden on the meeting with Khashoggi’s widow ahead of his trip to Saudi Arabia.

Elatr Khashoggi first requested a meeting with the White House in early June, when she wrote a letter to President Biden on her wedding anniversary, as early reports indicated he would soon travel to the Middle East.

On Wednesday, Khashoggi’s widow said her core message to White House officials and to the president was to fulfill her late husband’s wishes to release all political prisoners being held in Saudi Arabia, including his close friend, Essam Al-Zamil.

“There is a lot of … noise around my husband’s tragedy,” she said. “But no one heard the real story and the real wishes of my husband. And I think it's my duty now to speak up and to bring his wishes out. And I had the opportunity yesterday.”

She said her message to people who were angry about Biden’s visit and meeting with the crown prince was that the trip can be productive.