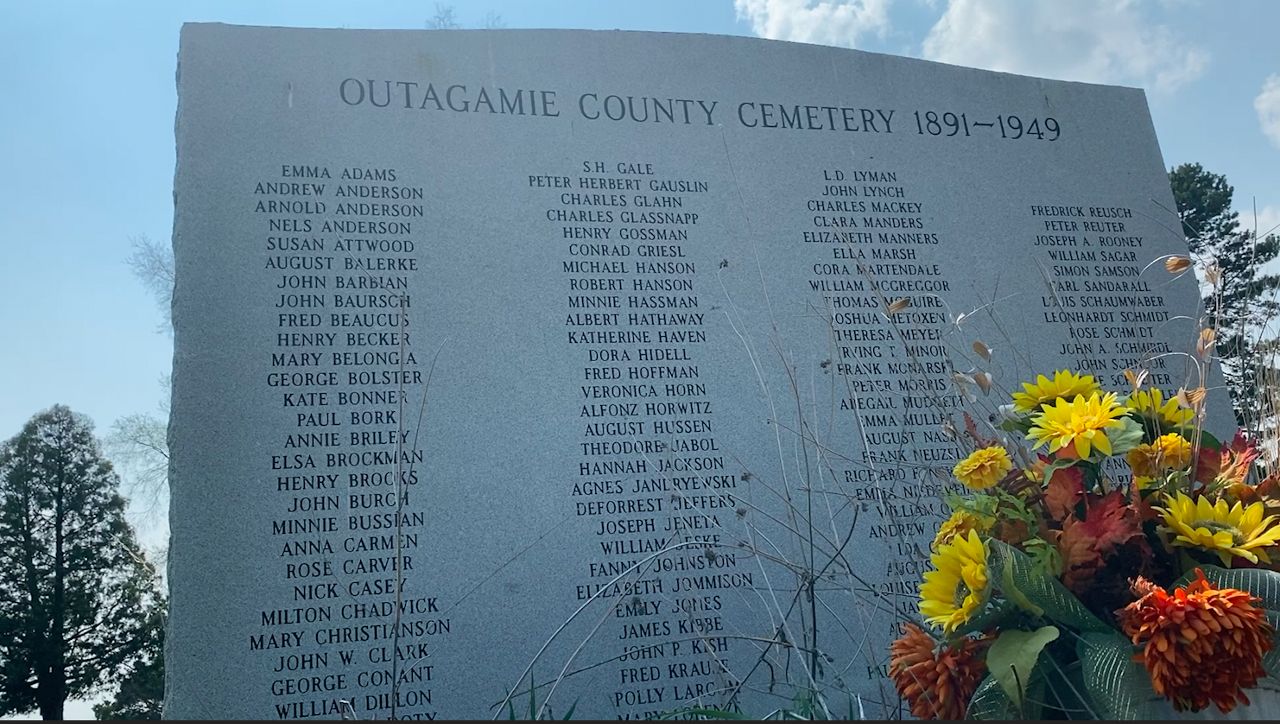 “These are the ones who had no family left or who had family that didn’t care about them,” said Peregrine.

The cemetery for what was once called the Outagamie County Asylum for the Chronic Insane was almost forgotten. From 1891 to 1949, when a patient died at the asylum and the body wasn’t claimed, they were laid to rest nearby. There were no gravestones, and no map remained of the layout. 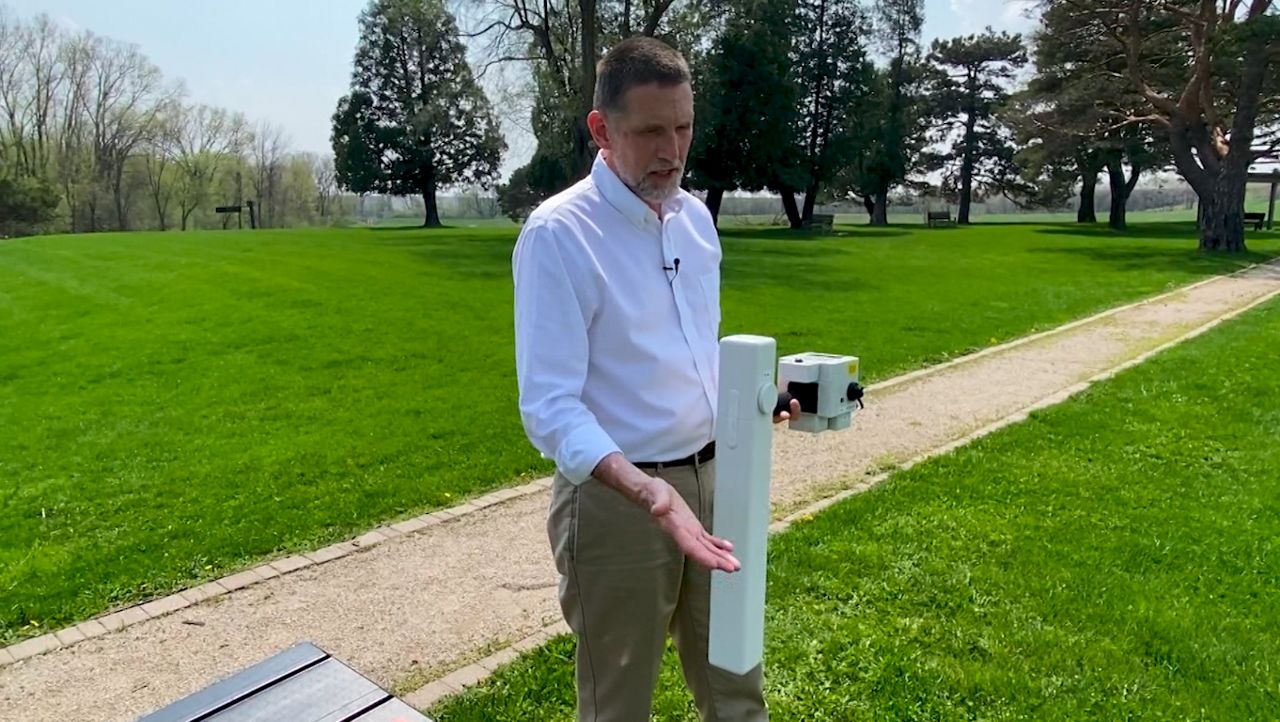 Peregrine and students used an instrument called a magnetometer to measure the intensity of the earth’s magnetic field and map out the once-neglected gravesite.

“What we find actually is, probably nails in the coffin,” he said. “Buttons, metal things on the person’s body.”

When Peregrine started in 2014, he discovered the graves were not where he first expected.

“It’s really a good thing we found that when we did because there’s a pretty severe slope here,” he said. “It was eroding out. It was very close to hitting some of those graves. Maybe a few more years of heavy rains, and we would have had an unpleasant surprise out here.”

Once the graves were located, the community got to work. The Friends of Outagamie County Cemetery committee was formed in 2014. Laura Shinkan has been involved since the beginning.

“While I do not have any family in this cemetery, I could not help but feel as a community we could do better at remembering the people who were laid to rest here,” Shinkan said. 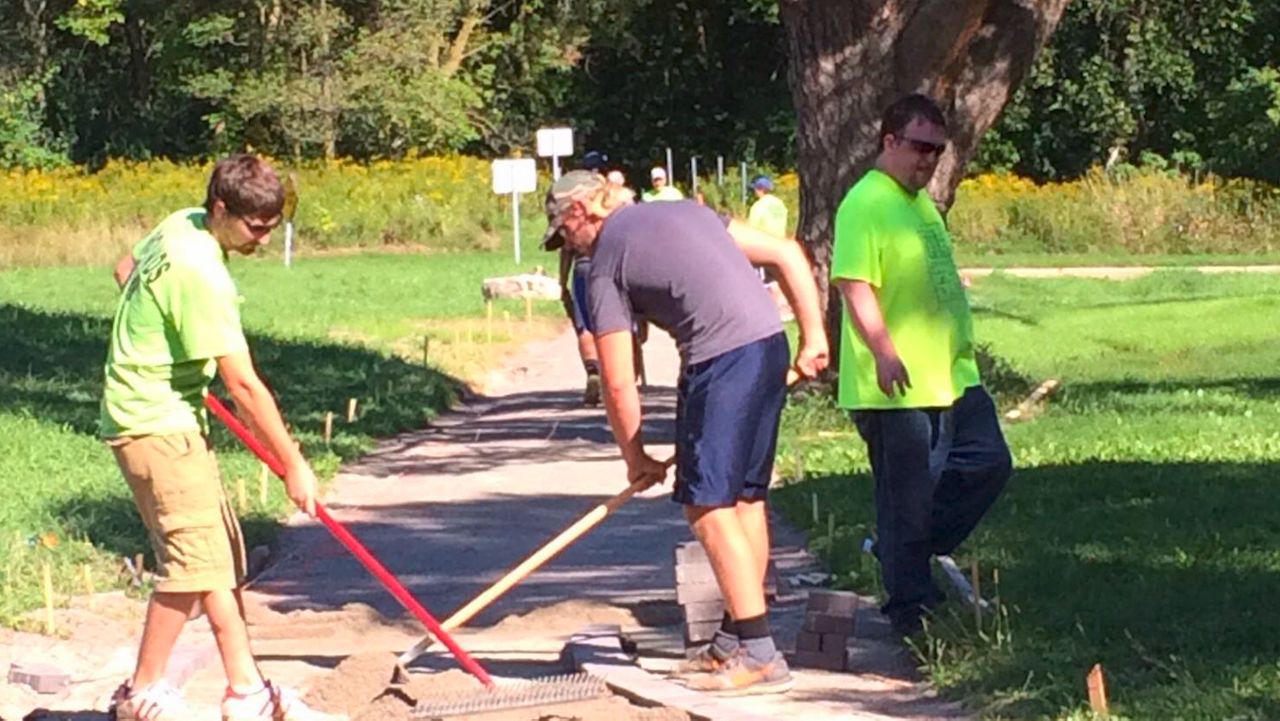 Shinkan said it was a total community effort. Volunteers, government agencies and schools like Lawrence University and Fox Valley Technical College all pitched in. The area was landscaped to preserve and improve the gravesite. Four cement row markers now indicate the general area of the graves, and a large engraved memorial sits at the entrance.

They recently installed the last pieces to complete the project. Three large storyboards along the trail leading to the cemetery tell the story of a unique time in local history. Information gathered by the History Museum at the Castle inspired them. 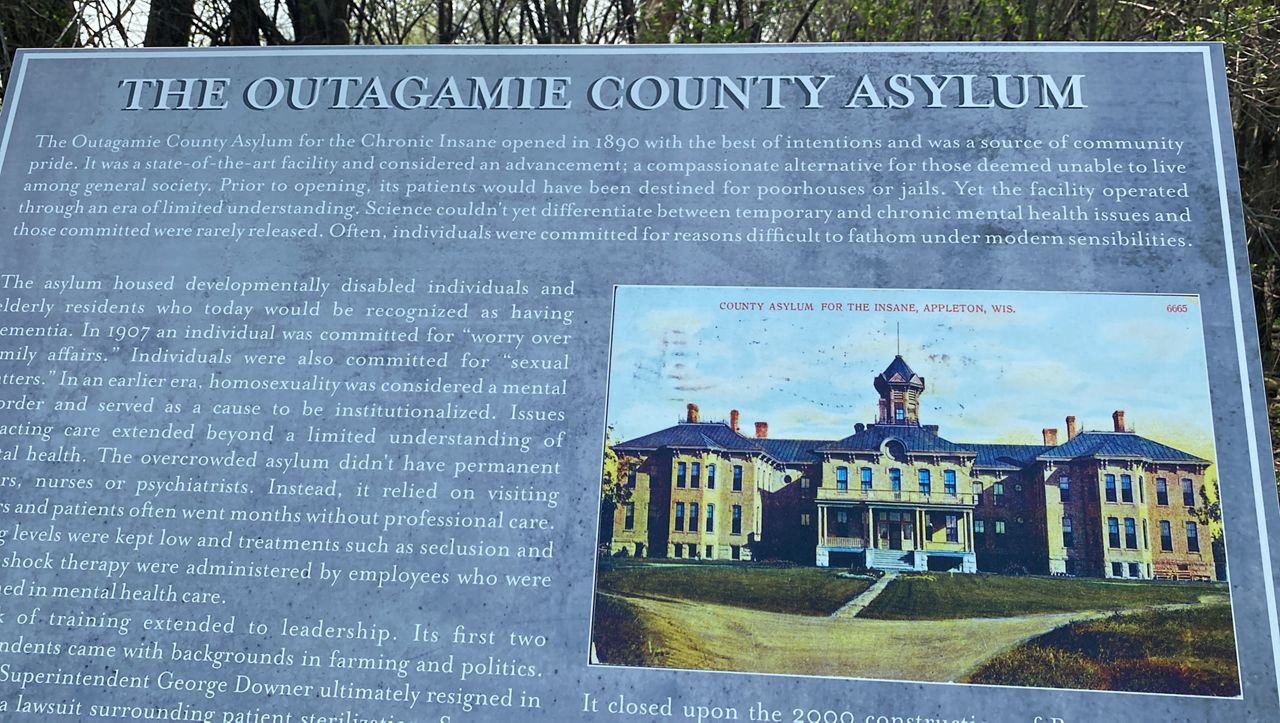 “At the time, it was a cutting edge facility. People were using the best techniques. They had to care for what they deemed to be insane people at the time, but we know now that those methods weren’t always the most productive,” said Dustin Mack, Chief Curator at the History Museum at the Castle. “Eventually, the care kind of degenerated at the facility, and people were forgotten and overlooked in our society.”

Shinkan said the reasoning behind some people being admitted to the asylum back then would give one pause.

“I think people will find the reasons that people were admitted to the asylum very interesting,” Shinkan said. “I know I did. And I believe if we took a look at the reasons for admittance, we would find ourselves several times in that list.” 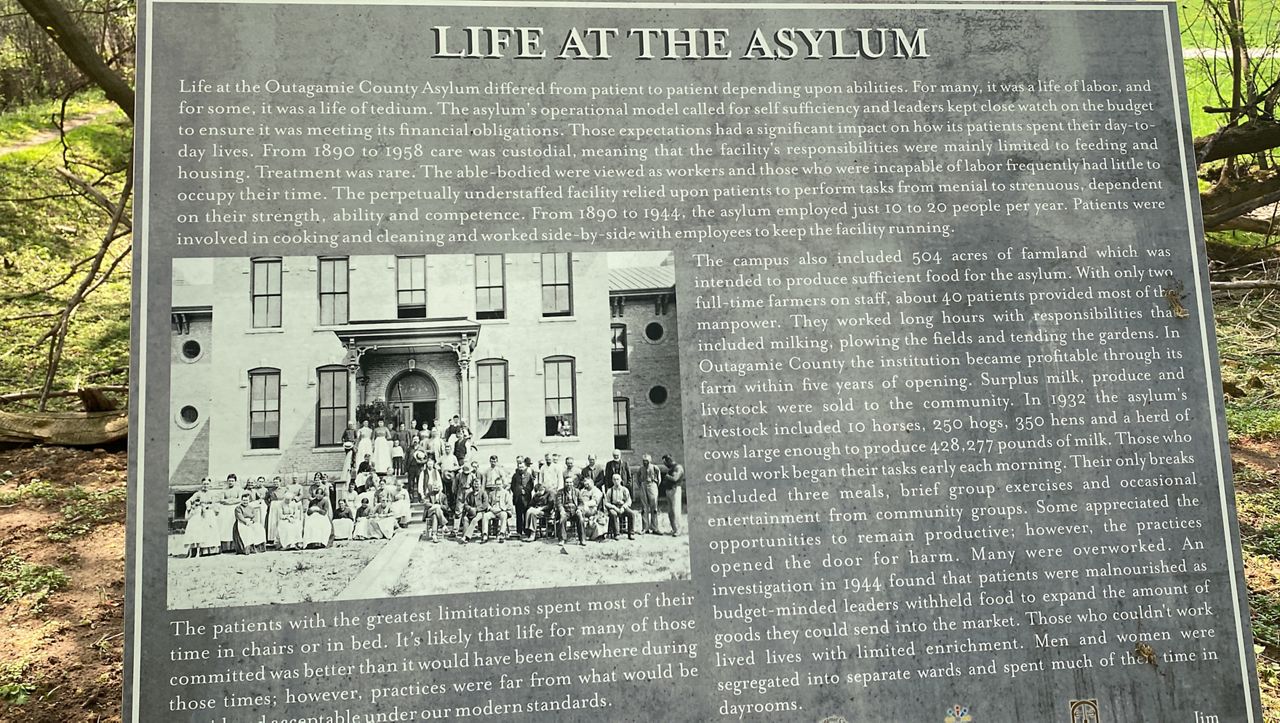 The positive experience of helping with the gravesite led Peregrine to take on other cemetery projects.

“At least we give them something,” Peregrine said. “We know they’re here and their graves aren’t being disturbed, and that’s rewarding in itself.”

Shinkan said there were times she thought the project would never happen, but to see the community step forward and complete the project was “amazing.”

“The memory of lives lived at the asylum are no longer forgotten. As a community, we were able to raise awareness and restore dignity to this very special little cemetery,” Shinkan said. “It will always be protected as a sacred burial ground.”

After nearly a decade of work, the community has given these individuals a respectful final resting place.​