APPLETON, Wis. — Beu Vang was certain he was following the right path.

Work hard, get promoted, put in the overtime and make good money to support your family.

All was going well until the day he looked down and realized the trail he was on was not the yellow brick road and Oz was in the complete opposite direction.

“I had gone all in on the things that didn’t matter,’’ said Vang. “Valuing my self-worth on my job and how much money I made. I wasn’t happy with where I was in life.’’

But he felt trapped. He was well into his 40s, he had a wife and family to support, and bills to pay. What was he going to do, quit his job and go back to school in order to find something that would make him happy? 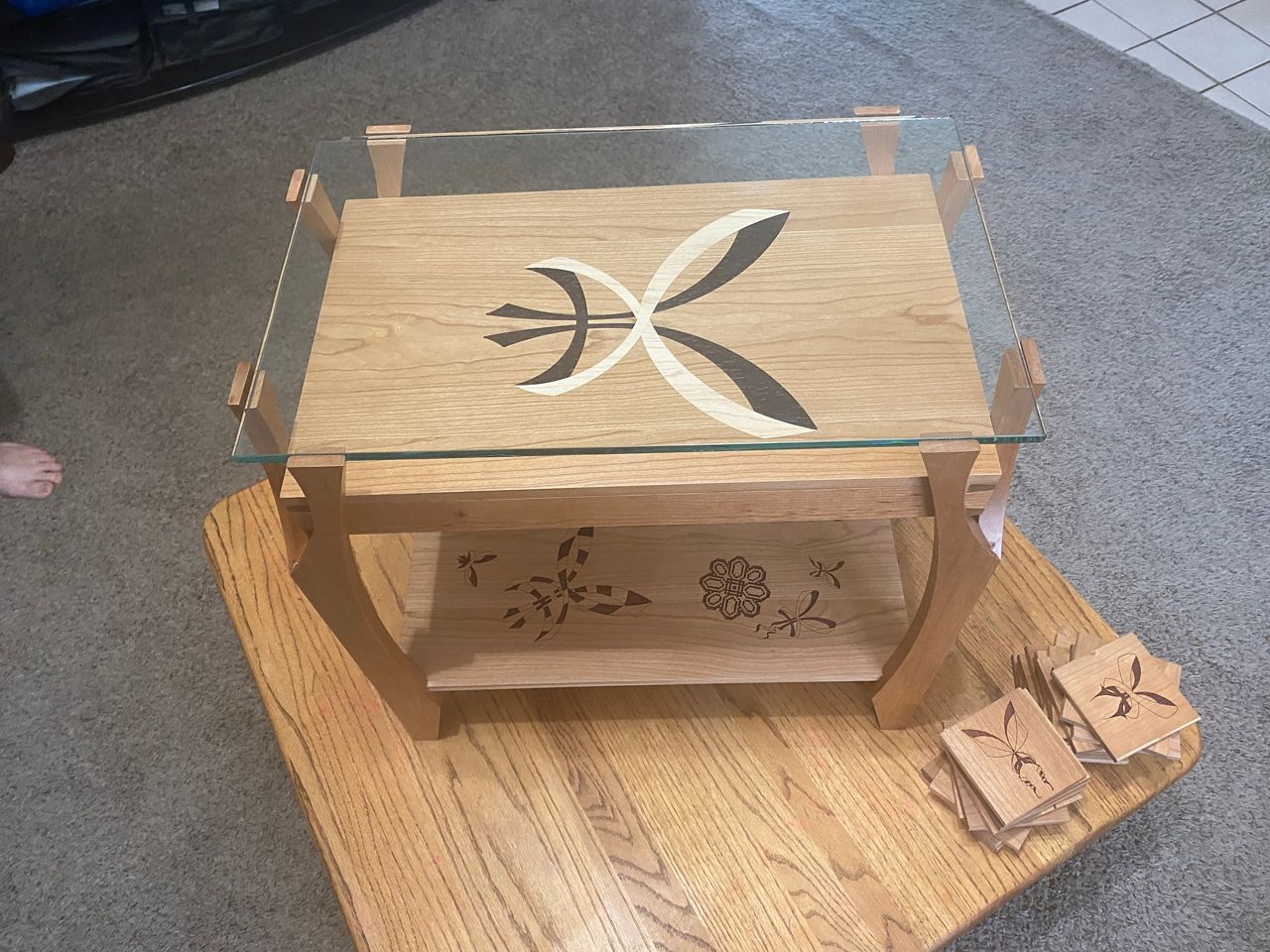 But Vang made it. He was uneasy the day he walked into the HR department and handed in his notice.

“But while I was walking back to the machine,’’ Vang said, “I could feel this weight lifting from me. And that’s when I knew I made the right decision.’’

Creativity, art, woodworking and his Hmong heritage made Vang’s heart full, and so he enrolled at FVTC to fill that tank.

“I believe many of us are walking around, just going through the motions of everyday life, like me, and not truly experiencing life,’’ said Vang. “And I’m going to remedy that through this, through my art. I have a collection of images with meanings that reinforce communication about the true meaning of life. My art has an emphasis on mothers, on women, and the beauty that they bring to this world.’’

Vang’s artistic talent was evident early, winning an elementary school competition and earning a scholarship to a summer art class at an area college. But his family didn’t have the means for him to attend the art class and by the time he reached high school, he had put his drawing pen down.

But in January 2021 he picked that pen back up and hasn’t put in down since. He said he draws much of his inspiration from “sad places,” but the art it produces is meant to bring happiness.

Lorge said Vang made a series of coasters in his FVTC class, each with images that represented faith, hope and happiness, among others.

“Beu is deeply rooted in his Hmong heritage,’’ said Lorge. “You can tell it. And I respect that, I really do. He is not going to lose his heritage just because he lives here. He’s a veteran; that also says something to me. And I know what he wanted to do is help serve his community. When we were first talking, he said to me he wanted to develop coffins and caskets for the Hmong community because that community likes to work within themselves. They don’t reach out for something that is as spiritual as a funeral is.’’

It is not uncommon for Hmong funerals to cost tens of thousands of dollars, but that can put a family in financial peril. Lorge said Vang wanted to prevent that from happening.

“Make a reasonable living and service to his community,’’ Lorge said of Vang. “I wish I had that level of altruism.’’

Making those coffins are in his plans but, for now, Vang said he is focusing on his art. He plans to explore the NFT (non-fungible token) art market and inlaying his images on furniture. 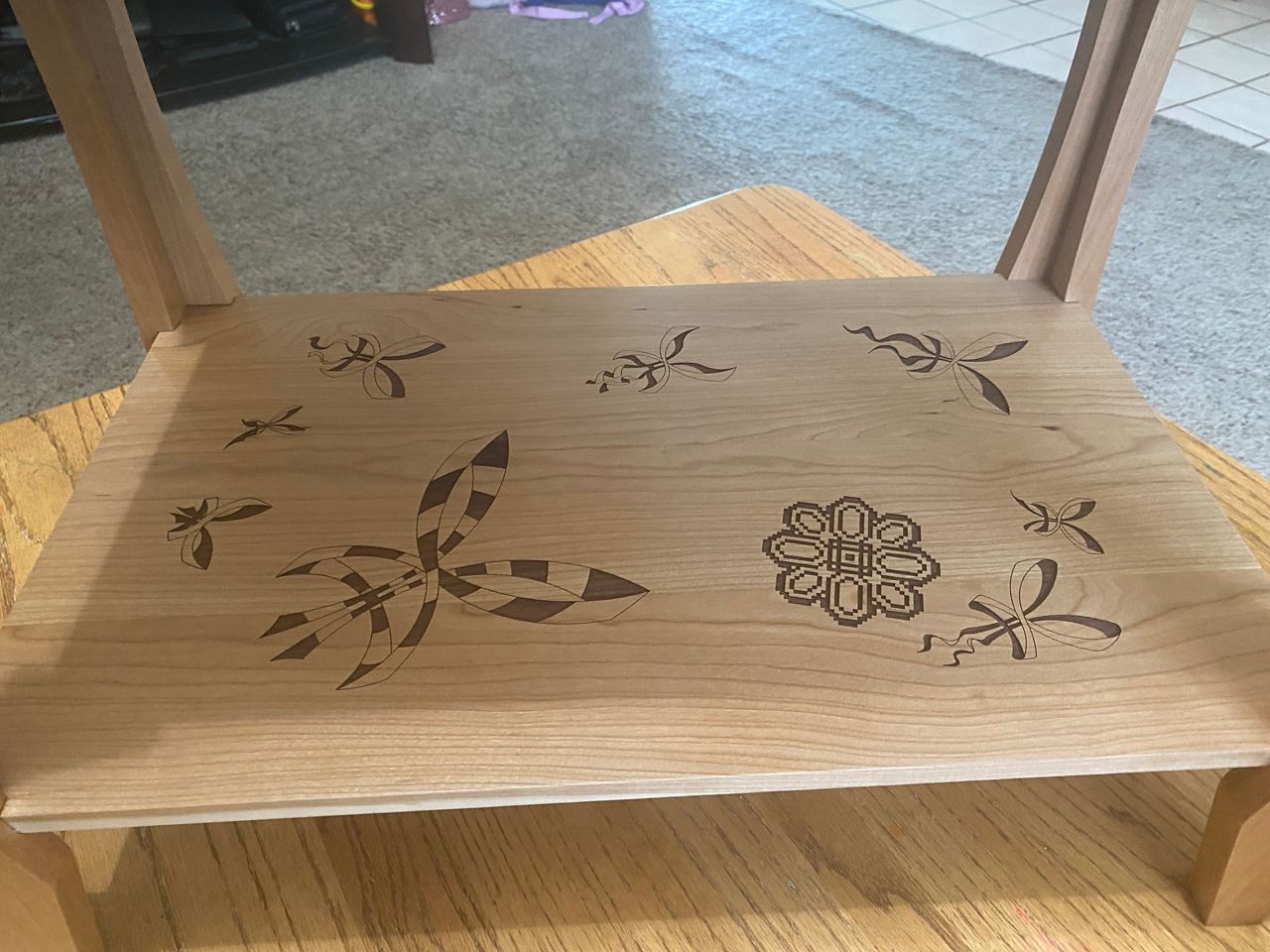 “There’s a portion of the program where it is just one on one with the student, me and them,’’ said Lorge, “and what I’m trying to do is get them to use the skills that I’ve taught them to express themselves through a piece of furniture, actually more than one piece of furniture. And Beu really picked it up and ran with it.

“He was open to direction, not only the technical aspect with some of the artistic vision that he had; I really tried to understand what he was aiming for. And like I said, I really respected it. It’s cool as hell. You know, you’re not going to see that piece of furniture at IKEA.’’

There are few people that have the nerve and temerity to take the road that Beu Vang has taken. It has not come without sacrifice, and some financial pain.

By he will tell you, and others, it was all worth it.

“I just want to tell them to be fearless,’’ he said of anyone who feels the same way he did, “because we only live once and there are worse things than debt, and that’s dying slow. And that’s what was happening to me.’’