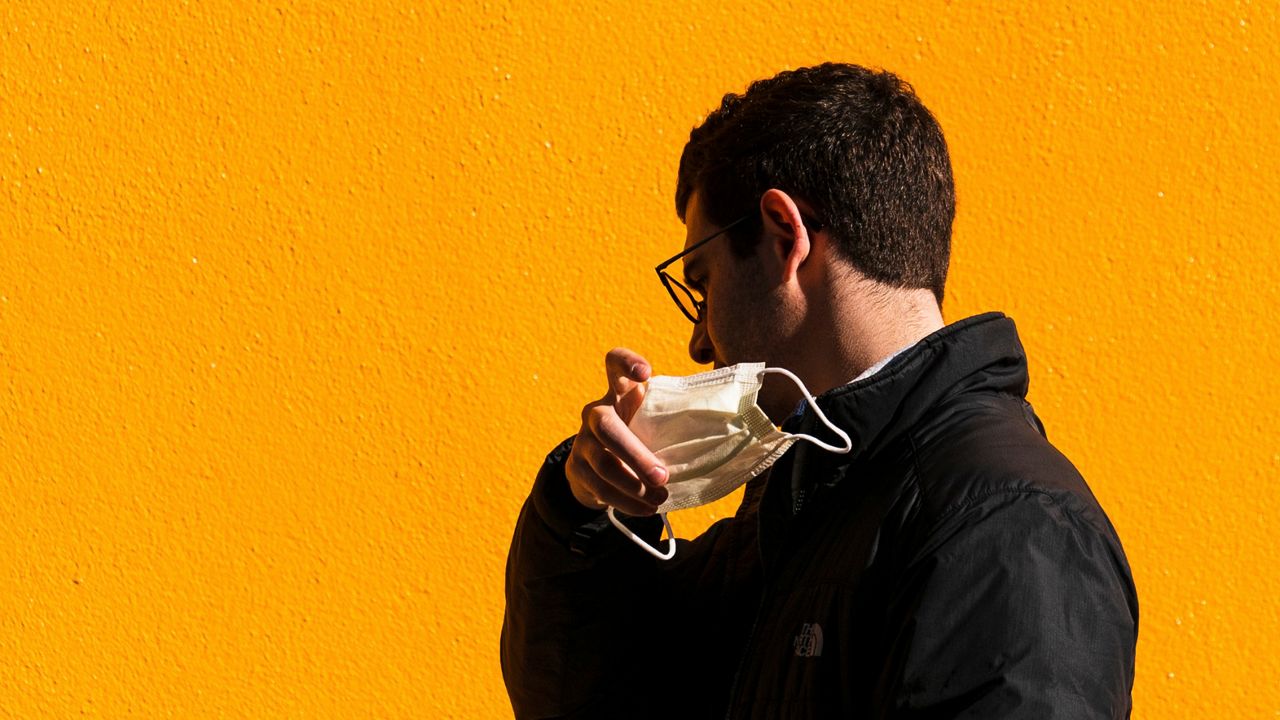 The BA.2 bump: What you need to know about COVID-19 in Wisconsin

MILWAUKEE — For a while, the COVID-19 trends were clear: Wisconsin saw a steep spike as new variants showed up, and a just-as-steep drop as the surge lost steam.

Now, the direction of the pandemic has gotten a little fuzzier.

Cases have started to inch up again after their post-omicron nosedive — and our official counts may not even be capturing the whole range of infections.

But hospitalizations and deaths are still low in Wisconsin. And even as BA.2, the extra-contagious subvariant of omicron, takes over, experts aren’t sounding the alarm just yet.

Here, we break down the latest pandemic news to know in the Badger State.

COVID-19 cases are heading up — slightly

Wisconsin’s reported cases have seen an uptick in recent weeks, after a sharp drop from our omicron peaks.

The state’s seven-day average has been climbing since the end of March. But the DHS noted that the average is still inflated by some backlogged cases that were added in last week.

Today's #COVID19_WI update, and a reminder. The 7-day average is still being affected by the backlog of results from external reporting sites we told you about last week. The backlog has been cleared, but will affect the 7-day average through tomorrow. pic.twitter.com/fnd1e2AIR1

The increase also shows up in single-day totals, though. Wisconsin reported 798 positive cases on Tuesday — which is 33% higher than the total from one week before, and 52% higher than two weeks ago.

And these numbers probably aren’t catching the full picture of infections in the state.

Now that at-home tests have become common, some positive cases may never get reported in public health data. This means official case numbers in Wisconsin and across the U.S. are likely undercounts, officials say.

Testing sites across the state also closed or reduced operations in the wake of the omicron surge, and the total number of tests reported in Wisconsin remains much lower than in the winter.

Still, other metrics can give us a clue about infections, even with less testing. The test positivity rate has ticked up around 1% since the start of the month, per DHS data.

And the latest data from wastewater testing in Wisconsin shows increases in certain sewersheds, including in Milwaukee, Racine, Sun Prairie, Portage and Stevens Point. Most locations are still holding steady or decreasing, though, per the statewide dashboard.

Though cases might be heading up, severe COVID-19 outcomes haven’t seen a huge impact yet in Wisconsin.

Hospitalizations remain low: According to data from the Wisconsin Hospital Association, there were 149 COVID-19 patients in the state’s hospitals as of Tuesday, a 70% drop from the start of March.

At the peak of Wisconsin’s omicron surge, there were 15 times more COVID-19 patients filling up hospitals across the state.

Nationally, the U.S. is seeing similar patterns. Even as cases have seen a slight upward trend in the past two weeks, hospitalizations and deaths have continued to fall, according to a New York Times tracker.

And according to the CDC’s map of community levels — which focuses on hospitalizations and health care capacity — much of the country is still at a low level.

Some of the current hotspots are starting to see more severe cases show up. In parts of the Northeast — including Vermont, Rhode Island, New York and New Hampshire — both cases and hospitalizations are on the rise

But across the country, including in Wisconsin, many people have some immunity from vaccination, prior infection or both that can help protect them from the worst outcomes of COVID-19.

"We do have a lot of immunity in this country,” Dr. Monica Gandhi, an infectious disease physician at UCSF, told NPR. “And I think that that's what the hospitalizations are reflecting,"

Wisconsin’s vaccine rollout is about as slow as it has ever been.

Through the fall and winter, shots in arms saw an uptick as boosters opened up to a wider range of residents. But vaccine doses have steadily dropped in recent weeks, and are now at their lowest levels since the start of the rollout, according to DHS data.

As of Tuesday, the DHS reported an average of 1,928 shots in arms per day, with around half of those vaccines coming from boosters or additional doses. That’s more than a 50% drop since the start of March — and almost a 90% drop from the start of the year.

The lull has come even as more people have become eligible to get a second booster dose. At the end of March, federal and state officials gave the green light for some high-risk groups to get another shot months after their first booster.

Those who are over 50 or have a weakened immune system can sign up for a second booster, per the new guidelines. And those who started with the Johnson & Johnson vaccine as their initial shot and first booster can also get a second boost from an mRNA vaccine.

“The latest research suggests that the effectiveness of the COVID-19 vaccine against severe outcomes is reduced over time in adults ages 50 and older, as well as immunocompromised individuals,” Stephanie Schauer, DHS Division of Public Health Immunization program manager, said in a statement. So, this second booster dose could help increase protection for these higher-risk individuals.”

Since then, though, the daily booster numbers have kept sloping down along with the rest of the rollout, according to DHS data.

And many Wisconsinites still haven’t gotten a first booster: Only around 34% of residents have received an additional or booster dose, the DHS reports. The 65-and-up range is the only age group with a majority of people boosted.

Around 61% of Wisconsinites have finished their initial vaccine series — a number that has largely stalled out in recent months.

BA.2 is the top subvariant in town

BA.1, the first version of the omicron variant to spread across the world, made a big splash over the winter. But now, BA.2 — a subvariant of omicron that’s like a sibling to BA.1 — has taken the lead.

According to sequencing data from the Wisconsin State Laboratory of Hygiene, BA.2 has made up a majority of sequenced samples in April so far. Though it arrived in the Badger State months ago, it has become the dominant version of omicron in the past couple of weeks.

This is the tipping point where we should expect to see any substantial impact from this variant.

The next couple weeks will be telling-- and hopefully calm🤞. pic.twitter.com/eUchpYimx4

Across the country, the CDC reports that BA.2 is making up around 86% of new cases.

Experts said the subvariant — which is even more contagious than that earlier version of omicron — is probably a driver of our latest case increases, along with relaxed pandemic precautions.

Still, evidence so far suggests that our current vaccines offer protection against severe illness from BA.2, and that those who recovered from an earlier version of omicron aren’t likely to catch this sister lineage.

So, while it’s hard to predict what the exact impacts will be in the Badger State and beyond, experts don’t expect it to cause a surge on the same level of our delta and omicron waves.