Research roundup: Here’s what we have learned about COVID-19 recently

MILWAUKEE — Over the past two years, the scientific world has seen a steady flow of research updating what we know about the novel coronavirus, SARS-CoV-2, and how it affects humans.


Because the virus is so new, researchers are still grappling with many questions about its function. And because of the nature of the scientific process, no single study can completely answer those questions. Instead, new research is constantly challenging our understanding of the pandemic.

Here, we explore some recent studies that have shed new light on the virus.

COVID-19 might change the brain, even if it’s mild

​We may think of COVID-19 as mainly a respiratory disease. But in reality, the virus can take a toll on many different parts of the body.

Now, a new study out of the U.K. adds more evidence that the disease can cause changes in the brain — even for those who don’t get really sick.

Researchers looked at brain scans from 401 older adults before and after they caught a COVID-19 infection. In that post-COVID period, they noticed a reduction in gray matter and tissue damage in some parts of the brain, especially in areas related to smell.

It’s normal for people to lose gray matter — the part of the brain where “the numbers get crunched” — over time as they get older, study co-author Tom Nichols told NPR. But the researchers also looked at scans from 385 adults who didn’t get infected, and found that the COVID-19 patients saw that shrinkage happen around 2% faster.

“What we found is reduction,” Nichols told NPR. “So basically, people's brain volumes were smaller after getting COVID than the people who did not get COVID.”

The scientists believe their study is the first to compare brain scans from before and after a COVID-19 infection. They were able to do so because their participants were already part of a project called U.K. Biobank, where half a million people volunteer to regularly share their health information.

The brain shrinkage was generally “modest in size,” the authors write, but affected even those with milder COVID-19 symptoms. Brain areas that showed changes include ones that are linked with sense of smell as well as memory and decision-making.

There are still some questions about how these brain changes could actually play out in people’s thinking.

The researchers found that COVID-19 patients took longer to complete a simple cognitive test. But the full possible effects of the brain changes, and whether the change scan be reversed, remains to be seen. Since most patients were scanned a few months after their COVID-19 diagnosis, it will take time to see what the longer-term effects could look like.

“To me, this is pretty convincing evidence that something changes in brains of this overall group of people with COVID,” Yale neurologist Dr. Serena Spudich, who was not involved with the study, told The New York Times. But, she added, “we don’t want to scare the public and have them think, ‘Oh, this is proof that everyone’s going to have brain damage and not be able to function.’”

​Over the course of the pandemic, tens of millions of Americans have reported testing positive for COVID-19, according to CDC data. But the true number of infections is probably much higher, researchers found after testing people’s blood for coronavirus antibodies.

The CDC released data showing that by the end of January, an estimated 43% of the country — or around 140 million people — had antibodies that signaled a prior COVID-19 infection. At the time, the official U.S. case count sat at around 74 million, which means testing may have only caught around half of the virus’s true toll.

For the study, researchers looked at tens of thousands of blood samples from across the country to check for a specific kind of antibodies that show up after a COVID-19 infection, but not after a COVID-19 vaccine.

The estimates were even higher in kids: Around 58% of those under 18 may have been infected, the CDC found. For the 65-and-up age group, only around 23% of samples showed signs of a prior infection. 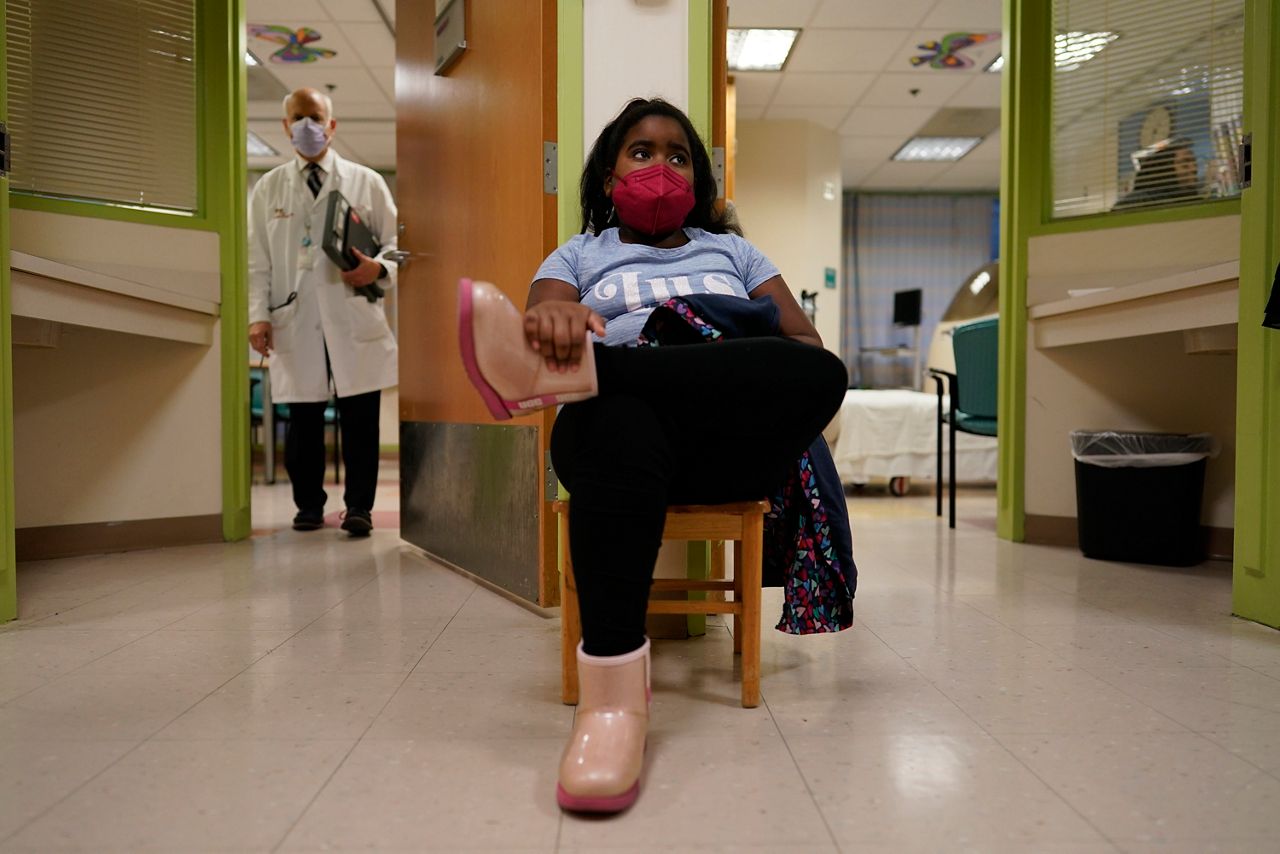 Wisconsin had the highest rate of seroprevalence — the percentage of people with antibodies — at 56%. Vermont’s rate was the lowest: Fewer than 18% of the sampled residents had antibodies in their blood.

Experts cautioned that the study can’t tell us if all those people have high enough antibody levels to protect against a future coronavirus infection.

"I think this reflects more exposure than immunity," Dr. Peter Hotez of Baylor College of Medicine told CNN. "I think what people should take from that is about half the country's been infected with Covid-19, which is pretty extraordinary itself."

The data do show the massive impact of the omicron variant across the country. Seroprevalence in the U.S. jumped by around 10% between December 2021 and January 2022 as the variant surged, according to the CDC’s estimates.

When animals catch the coronavirus, it can be a big problem for humans.

Experts have long been raising the alarm about possible wildlife reservoirs — creatures that might be able to keep the virus spreading and mutating into new, dangerous forms.

While a number of different species — including cats, dogs, minks, tigers and more — have caught the SARS-CoV-2 virus from humans, most of them haven’t seemed to pass that infection back to humans. But now, a preprint study out of Canada has identified the first potential case of a deer infecting a human with a highly mutated version of the coronavirus.

Scientists tested samples from hundreds of deer killed by hunters in Ontario, and found that 17 of them tested positive for the SARS-CoV-2 virus.

This version of the virus looked a lot different from others we’ve seen: The researchers described it as a “new and highly divergent lineage” with 76 mutations in its genome. The lineage may have been circulating since late 2020, the authors wrote, racking up mutations by spreading among deer and possibly another host species.

The scientists also found a very similar mutated virus in one human patient — someone from the same area and time period, who also had “known close contact with deer,” according to the study. They concluded that the patient probably caught the virus from one of the infected deer.

Though it’s a concern, the discovery shouldn’t be a cause for panic, experts stressed.

The deer-mutated virus hasn’t spread widely in humans: That first case was the only human infection the researchers could find. And some early tests suggested that COVID-19 vaccines would still protect against this lineage. 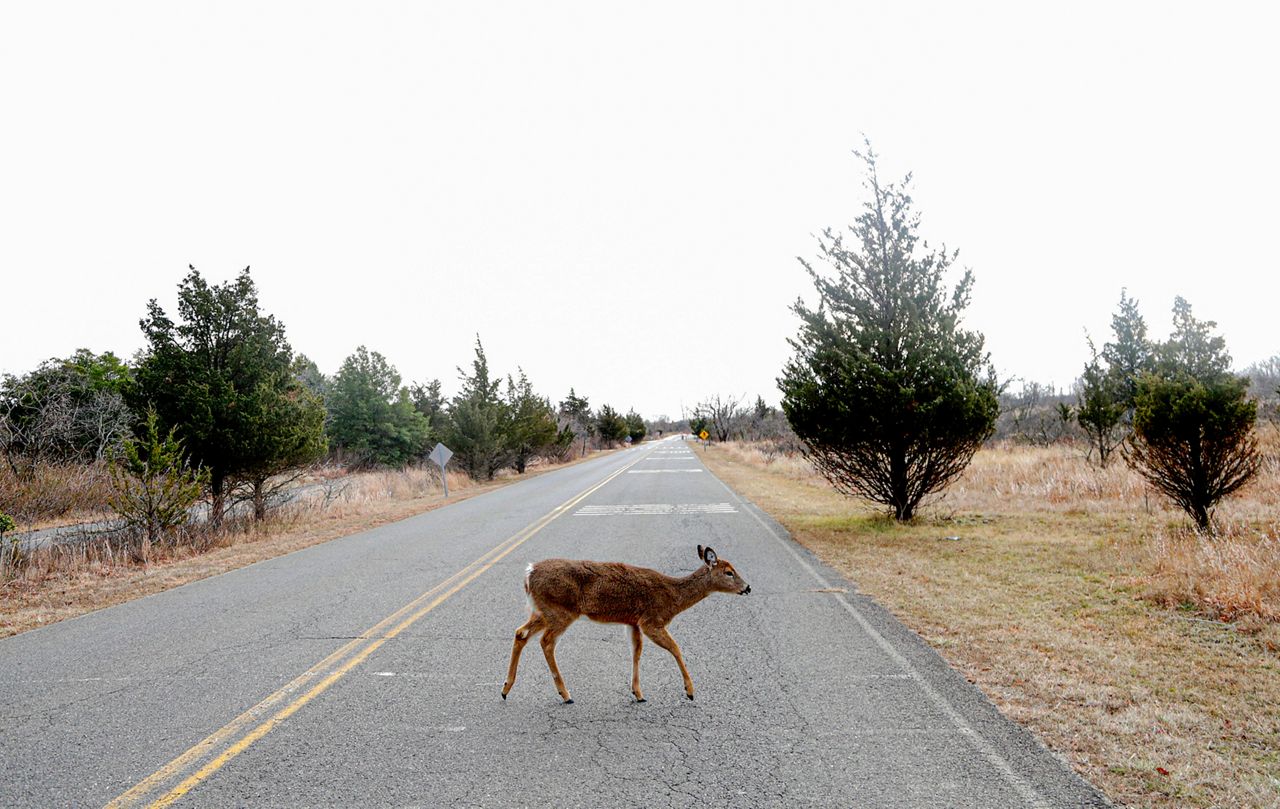 But the study does raise the importance of keeping tabs on the virus’s impacts on other creatures — especially a species like white-tailed deer, which is very common across North America and seems to catch the virus pretty often.

"It's reassuring that we found no evidence of further transmission, during a time when we were doing a lot of sampling and a lot of sequencing," study co-author Samira Mubareka told CBC. "If we continue to do this surveillance, we'll get a much better sense of what the actual risk is."

​As omicron swept the country, the youngest Americans felt its effects strongly, a pair of recent CDC studies highlights.

According to one CDC report this week, the youngest kids — those aged 0 to 4 years — were sent to the hospital with COVID-19 much more often during the omicron surge.

Infants younger than six months were hospitalized the most. And 63% of all these hospitalized kids had no underlying medical conditions, according to the report.

“The bigger picture here is that covid can be a severe disease, even in young children and even in otherwise healthy children,” vaccine expert William Moss, who was not involved in the study, told The Washington Post.

For this youngest age group, COVID-19 vaccination still isn’t an option. But for older kids who have gotten their shots, omicron also put a dent in their immunity, according to another recent CDC study.

When delta was still the dominant variant, adolescents aged 12 to 15 were seeing strong protection from Pfizer’s vaccines, at around 87% effectiveness. Once omicron showed up, though, that effectiveness dropped to 59%.

Younger children aged 5 to 11 became eligible more recently, so they generally weren’t vaccinated before the omicron surge. But for them, vaccine effectiveness during the omicron surge was down to around 31%, according to the CDC report.

CDC experts still stressed that the vaccines made a difference for kids. They also pointed out that when vaccinated kids did get infected, they tended to recover faster: Unvaccinated kids, on average, spent an extra half-day sick in bed, according to the study.