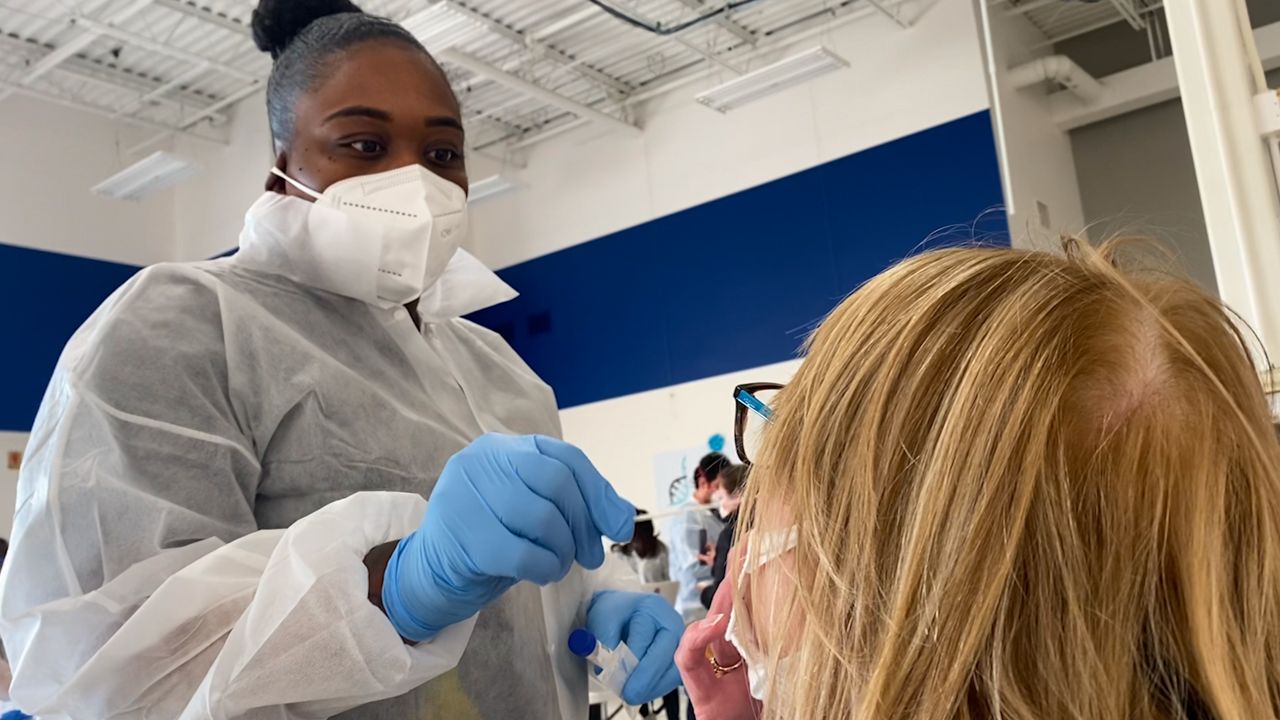 NEW BERLIN, Wis. — Joan Ross from Wauwatosa is vaccinated against COVID-19, and has received her booster shot. But, after a vacation to Maui, she got tested on Wednesday at Summit Clinical Laboratories in New Berlin.

“We think we might have been exposed to COVID,” Ross said before her test.

On Wednesday, the Wisconsin Department of Health said the state is seeing a 25% positivity rate.

That means one in every four people getting tested right now in Wisconsin is testing positivity.

Even though she’s not showing symptoms, Ross doesn’t want to risk it with the omicron variant.

“We have people with cancer in our family, and I don’t want to go near them if we’ve been exposed,” Ross said.

Thousands of people have gone to one of the nine Summit Clinical Laboratories locations to get tested in recent weeks.

The rush started just before Christmas, as more people were getting ready to travel for the holidays.

“Since just about the 23rd of December, this place has been packed,” said Faisal Ahmed-Yahia, co-owner of Summit Clinical Laboratories. "We literally had lines out the door for most of the day."

On Monday, Ahmed-Yahia’s company had the most people tested than any day of the pandemic so far.

“We hit 9,000 tests that we did on Monday,” Ahmed-Yahia said. "We’re all pretty proud of the team. I think we’re a little overwhelmed but we still maintained our 24 hour turn around time, so we’re really proud of that."

That 24-hour turnaround time is one of the reasons why Summit Clinical Laboratories has seen so many people get tested.

It’s crucial for a lot of people who need a PCR test with results, fast and don’t want to look for at-home test, which are hard to find.

“I did Christmas Eve and that was interesting. Every place was very busy and sold out,” said Mary Kreuger who also got tested Wednesday. She said she had symptoms that started Monday, and wanted to be sure if she had COVID-19 or something else.

Ahmed-Yahia said he’s glad to see people being proactive with testing to help slow the spread, especially after spending tie together over the holidays.