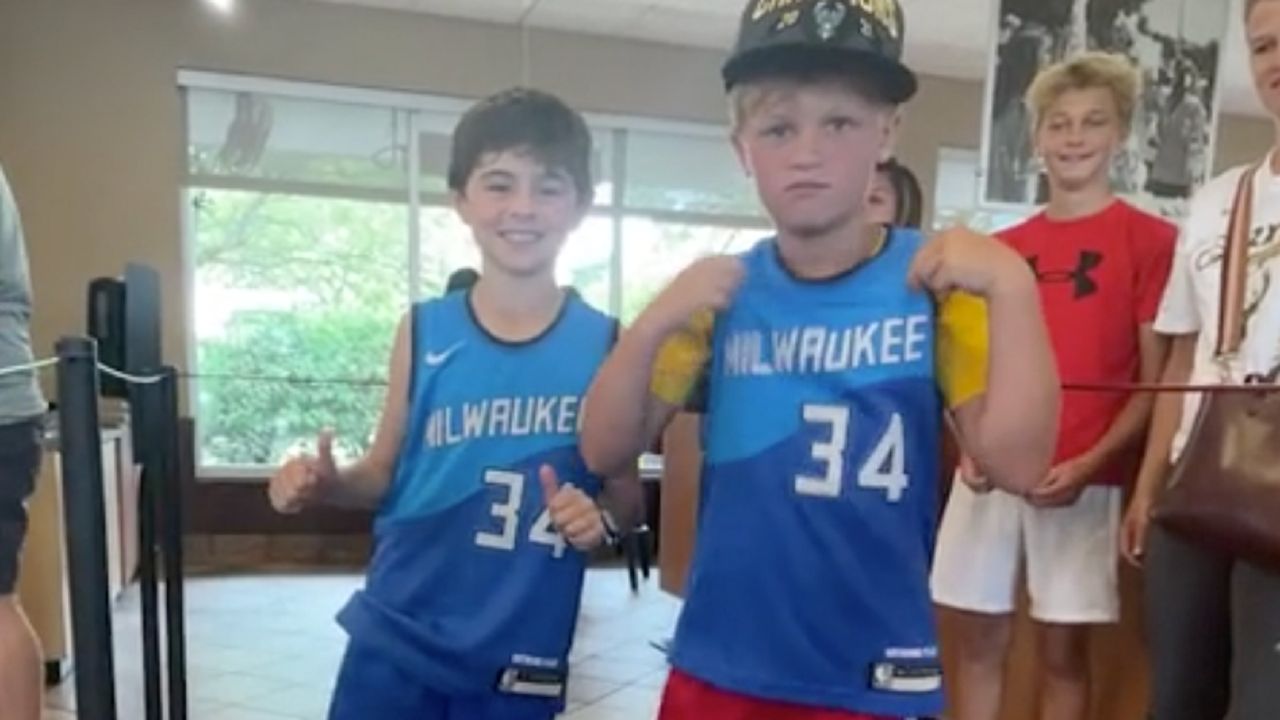 Some of those fans include 9-year-olds James Cardona and Henry Meyers.

"We are here to eat like champs," they said.

"Yeah, I am probably not going to eat a 50-piece chicken nugget pack, but I will eat something," Cardona said.

The large half lemonade-half sprite which has since become a fan favorite; Milwaukee-area locations are now offering the "50-50" "official drink of champions."

As for Cardona and Meyers, they want to be just like their hero. Will this help you grow and be like Giannis?