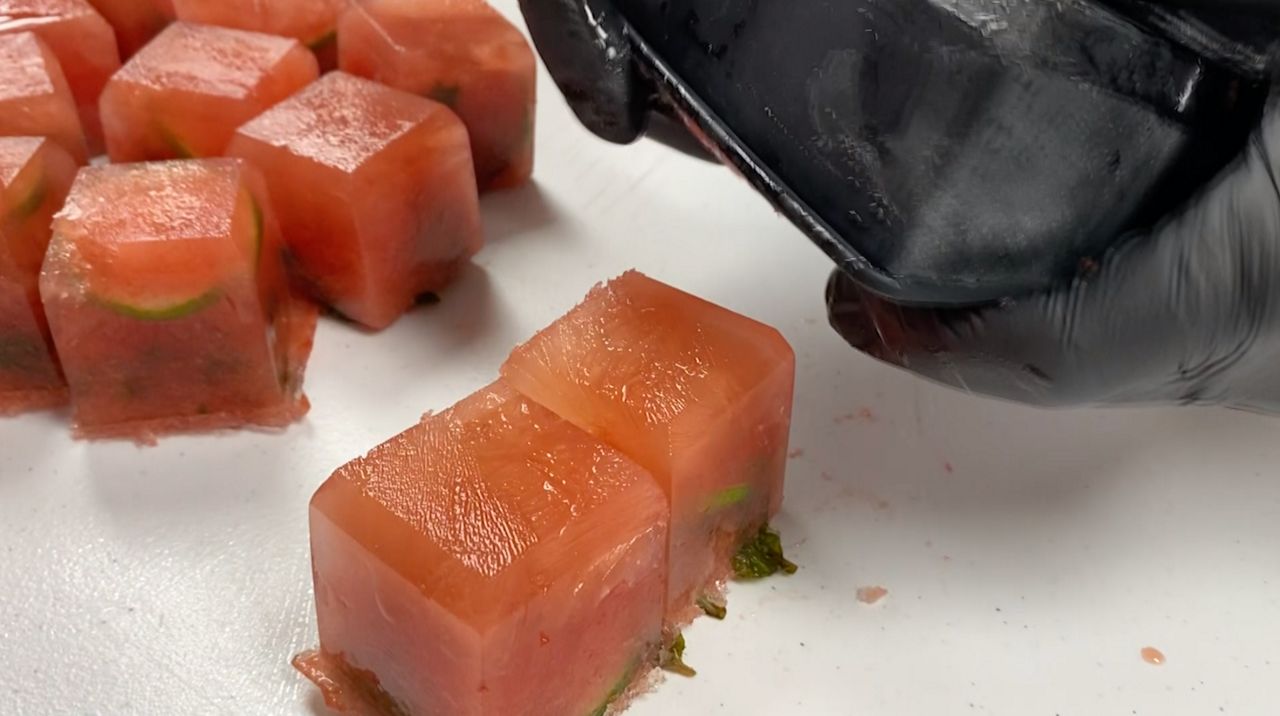 She spends a lot of time packing her luxury ice cubes and spheres into coolers so they can be shipped to customers, who can order different styles of ice.

“What they basically did was a build-your-own dozen with two six-packs, and then they also ordered the cocktail megamix,” Hephner described as she packed up an order.


The cocktail mega-mix includes ice cubes that can be made into an old-fashioned, margarita and even watermelon mojito.

It has everything except the booze.

Her boyfriend, Justin Colby, helps Hephner take packages of her “Luxury Ice” to The Shipping Mill to be sent off to states all across the country.

“Sometimes maybe more than once a week, sometimes, not at all,” Colby said.

It’s only a five-minute drive to The Shipping Mill, which makes transporting the ice quick and easy.

“A lot of trial and run errors, having people report back to us about the condition of the ice, how it's made. But yeah, it’s pretty neat to see how it’s taking off,” Colby said.

Hephner doesn’t have that time to spare. She’s busy blending hand-crafted smoothies and coffees, also from the cubes she makes herself.

But that wasn’t always her plan.

In October 2019, she had an idea to make clear ice cubes that could be sold to events like weddings and banquets.

She spent three months perfecting the process, and opened her shop in February 2020, just before COVID-19 became a pandemic.

“[We] kinda took a big hit there. We closed for two weeks, and then kind of realized, ‘hey, we’re a food processing plant, we don’t have to close,'” Hephner recalled.

Since she makes and sells beverages, she was able to reopen, but with a new idea.

The idea centered around those cocktail cubes.

“Because people were drinking at home, and I wanted to help them make really good cocktails at home,” Hephner said.

She believes that’s why she said her business has taken off. While other businesses have been hurt by the pandemic, Hephner said it actually helped hers.

“If it weren’t for COVID, I don’t think I’d be doing as good as I am right now,” Hephner said. "COVID was a blessing to my business."