Longing for (a) home: Patience and education keys for buyers in today’s real estate market

APPLETON, Wis. — Emily Bolden was with her fourth-grade band students when the text came through.

As she quickly read the words, her 100-watt smile lit up the room. She then looked out at her students and blurted, “I just bought a house!”

“They had no reason to know that that was cool,’’ she said. “But they were like, ‘That’s amazing!’ They were screaming little fourth graders.’’

For most homebuyers in today’s real estate market, that feeling of amazement and an insatiable desire to scream like a fourth-grader is pretty much the status quo when an accepted offer finally comes their way.

“The sellers hold almost all the cards,’’ said Mike Karisny, broker/owner at Acre Realty in Appleton, Wis. who has been an agent for 32 years.

“I wouldn’t say all, because I don’t like to use absolute terms, but the sellers hold virtually every card.”

According to the latest statistics from the Wisconsin Realtors Association, statewide home listings are down 36.9% year-over-year and the months of available inventory — meaning the current supply of homes offered for sale relative to the number of homes being purchased — is down 41%. The likely culprit is COVID-19 and the uncertainty it has brought — especially when it comes to finances — resulting in families deciding to stay put in their homes.

But low interest rates have encouraged home buyers to jump into the market, which has led to realtors regularly seeing 20 to 30 offers on a single home. And that means a lot of disappointed buyers.

“Almost every rule of thumb has gone out in this market,’’ said Karisny. “For our buyers, I try to be more fatherly than business-like, and by that I mean you’re more of a counselor than a real estate agent right now.’’

In the bygone days of, say, 2018, buyers would see a home listed for $200,000 and begin with an offer somewhere south of that list price. There might have been a few counteroffers that went back and forth before a price was agreed upon.

And counteroffers, which were once common, are now rare — unless the house has been on the market for some time.

Because so many buyers are often competing for the same home, the most common scenario today is a house will have showings on a Thursday and/or Friday. Offers will be reviewed that Sunday or Monday, and the highest bidder wins. End of story.

“You don’t have a second chance,’’ said Young. “You have to put your best offer in right away.’’

The trick for realtors is to get buyers to understand the challenges of the market. Both Young and Karisny said it is now commonplace for them to sit down with their buyers and go over the housing landscape, what they should expect, set expectations — as in they are likely to spend around six months and have anywhere from five to 10 offers, or more, rejected before they have one accepted — and thus preach that patience is their most valuable asset, all before they look at their first house.

But in most cases, the experience remains the best teacher.

“Initially when buyers start looking, they don’t believe you that the market is this competitive,’’ said Young. “So they’ll go, ‘We just want to go $5,000 over.’ Then they’ll get rejected. ‘Oh, we’ll go $7,000. Well, maybe we’ll waive the inspection.’ They start getting more competitive once they get those rejected offers. Then they really start to understand, even though you try to educate them, they really start to understate that, ‘Wow, she was right. This is really hard to get a house.’ Then they start sweetening the pot.’’

Terms like “appraisal variance” and “accelerator clause” are becoming more a part of the lexicon for buyers as they hope to best position their offer on a house.

For example, an appraisal variance would work like this:

Because housing demand factors into the appraised value of a home, most homes being sold are being appraised at the selling price, according to Young.

But what if the house doesn’t appraise at the selling price? 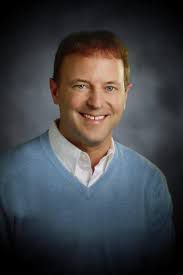 “There is no straight answer I can give you,’’ said Karisny. “There’s about three or four things that could happen. So, as an example, if the house doesn’t appraise out and the buyer has the financial wherewithal to make up that difference, the buyer can say, ‘Screw it. I want the house and I’m going to live happily after and I’m going to pay the extra $10,000.

“If the buyer doesn’t have the financial wherewithal – some buyers don’t, let’s be honest, not everybody is made of money – then the lender gets involved and the lender says, ‘Well, then the seller and the buyer either have to sell the house back at the lesser price, or meet in the middle, or let the deal go south and go awry.’ So in the last 30 seconds, I gave you four potential options that could happen. So there’s no black-and-white answer, and there are all these shades of gray that could happen if the home doesn’t appraise out. But that specific hurdle is one you don’t hear about a lot in public, but it’s a factor in our real life as real estate agents.’’

As for the accelerator clause, it has curbed the idea that an all-cash offer is king. That is not necessarily the case anymore.

“So when you write the offer, you say if somebody comes in with an offer that is better than mine, I will beat that offer and give you $10,000 more (or whatever figure the buyer chooses) than that said offer,’’ said Young.

“So people are putting in acceleration clauses so people with cash offers, it’s not a slam dunk anymore that you’re going to get that house. Because, when you have a $10,000 variance with an acceleration clause, that’s $10,000. If the buyer is a solid buyer as far as financing, the seller is going to take the offer most likely because they’d be passing up $10,000 over that cash buyer.’’

Other methods buyers have used to make their offer more attractive is to allow the seller to remain in the home, rent-free, for perhaps up to a week to allow them time to move; offer to pay a pro-rated portion of their taxes, waiving the home inspection, or writing a “love letter,” which is an emotional appeal a buyer will present the seller, in the form of a letter, to try and sway them to sell the home to them.

But “love letters” are now being called into question.

“Part of what the Wisconsin Realtors Association is guiding brokers to consider is not to present, or not share the letters, because there’s some contentiousness about if it’s even, I don’t want to say legal, but for us to get involved, it almost looks like we’re steering, do you know what I mean?’’ said Karisny.

“Look, here’s this letter, this is grandma and her four kids that want the house, and now we’re steering and as real estate agents that have to kind of present things in an unbiased manner. We are putting something on the table that we never had to put on before that might steer, if that is the right word, a seller to consider an offer that really is a violation of what we’re all about, which is to treat all parties honestly, equitably and fairly. The effectiveness of love letters, maybe back a year ago, was more effective but now, I don’t want to say everybody does it, but like, OK, we’ve got 17 offers on this house and 10 love letters. They’ve lost a little of their zing.’’

And, when you do submit an offer, make sure all the necessary boxes are checked and documents are signed.

“Not necessarily will it get tossed,’’ said Young. “But if there’s a similar offer, they’re going to take the clean offer versus the one that was carelessly submitted. You have to pay attention to detail when you write an offer.”

Waiving home inspections is probably the biggest obstacle for buyers. In many cases, the refusal to waive the inspection has prohibited the buyer’s offer from being accepted.

Emily and Austin Bolden can attest to that. 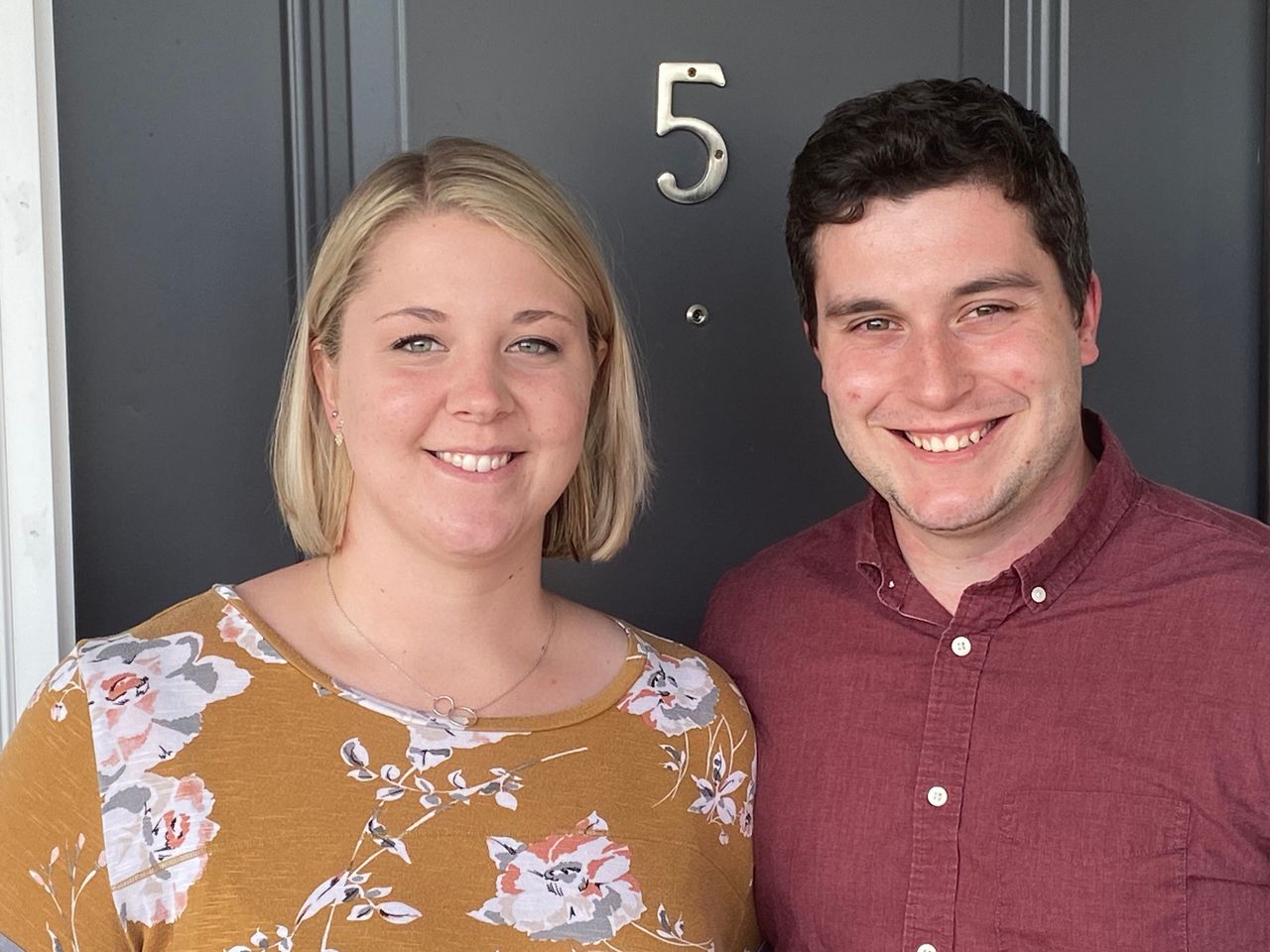 Emily and Austin Bolden will soon be moving out of their Appleton apartment and into their first home.

Their fourth offer was on an older home, and they simply felt they could not move forward without an inspection. So they left that contingency in their offer.

“The fourth one we knew we had a competitive offer because the realtor reached out to us and asked us if we’d be willing to lift the home inspection,’’ said Austin. “But the person had been living there for like 60 years and never had a home inspection done and we weren’t comfortable doing that.’’

The Boldens had put in their offer that they would be willing to pay up to the first $1,000 in repairs if the requested inspection would result in required repairs, but the home went to a buyer who was willing to waive the home inspection contingency altogether.

“It was comforting to know there was no house worth waiving the inspection on,’’ said Emily. “The couple had been living there 60 years. We couldn’t emotionally handle that.’’

While waiving the home inspection better positions a buyer’s offer in today’s market, it can be risky.

“It can happen; does happen,’’ said Young of buyers who waive inspections only to later find out they’re facing major repair projects. “Typically, a lot of times they’re minor problems, but there can be some big problems.’’

To that end, Young encourages her sellers to pay the $350 to have their homes pre-inspected, which is the same inspection a buyer would receive.

“When it’s pre-inspected, 99% of the buyers will forego their own inspection.’’

The Boldens did waive the home inspection on their fifth offer on a home and added a $3,000 appraisal variance, and it was accepted.

“We saw a couple of my relatives and they said that was dumb, and I agree,’’ said Emily of the appraisal variance, “but we had to kind of play the game.’’

And while they waived the home inspection, they opted to purchase a home warranty to cover the first year.

“Do I think it’s the absolute smartest thing to do?’’ said Emily of waiving the home inspection. “No. But, you know."

It was all part of a learning process all buyers have to experience in what is a completely different real estate market.

“That’s what we liked about Brenda and Jess (Young, Brenda’s daughter-in-law),’’ said Emily. “They were both very good at easing you into the waters and letting you kind of figure it out for yourself. They weren’t going to push us one way or another, but they knew what offers were selling.”

And now that they’ve successfully navigated today’s home-buying process, this is the advice the Boldens would offer:

“Be patient,’’ said Emily. “Don’t be in a rush. I guess I would say, I think a lot of buyers feel dumb for even looking, but I’m so glad that we did and bought a house now because our payment is going to be similar to what we’re paying for rent here, but it’s going toward something you own. So it’s an investment in your future. But I think my biggest advice would be, be patient and don’t be emotional, always remember that there’s always another house the next weekend. There was no house that was absolutely worth dying on a hill over.’’