A Reality Check: Point-in-Time Count on a Frigid Night Brings Homelessness Into Focus in Appleton​

APPLETON, Wis. – You could feel the cold gaining access to your bones as the journey began.

Actually, it was more of a search than a journey, one that began as the clocking was ticking toward 11 p.m., and the thermometer was fast-tracking toward one degree on this final Wednesday in January.

Several small groups -- volunteers, workers from local agencies and a few observers -- set out from the Salvation Army looking for people, people they did not know, people they knew nothing about, but people who had been forced outside with no place, and a singular goal of simply surviving the night.

The evening was the bi-annual event known as the Point-in-Time count. It is a nationally mandated event where the Department of Housing and Urban Development (HUD) requires Continuum of Care organizations -- such as the Salvation Army, Pillars and the Fox Cities Housing Coalition -- to count the number of people who are experiencing homelessness in the areas they serve.

The goal was to locate these people who are our neighbors and offer help, be it food, water, blankets and, most significant, services that would put them on a path to escape the desperate situation that has enveloped their lives.

“I think it all comes down to just wanting to make this community a great place to grow up,’’ said Emily Peterson, a 26-year-old street outreach worker at Pillars who was raised in this city. “Even if you’re not wealthy, or well-off, I believe that Appleton is somewhere where everyone should feel safe and have their basic needs met, and I don’t see any reason why I personally can’t help make it a better place if I’m able.”

And there is no more basic need than having warm shelter on a night where no one would be outside by choice.

The task is to canvas one side of College Avenue in downtown Appleton, looking through parks, parking garages, elevators, stairwells, back alleys, Houdini Plaza -- any place where someone may find respite.

Like some amateur detective you look for clues, cigarette butts, backpacks, food wrappers, phone chargers, empty bottles … “Anything that you might leave on your own coffee table,’’ said Emily, “any things that are used for survival.”

Around every corner, over every wall, in every cubby hole and amongst the trees you look.

“Anywhere you think you can sleep, I’m sure someone has,’’ she said.

At one point, in a back alley, we find dumpsters, with padlocks.

“I think it’s less about looking for shelter there and more about not wanting people to dig in there for food,’’ said Emily. “They don’t want someone in there after hours, especially at a place like a restaurant. No one has ever said that to me, that’s just what the padlock indicates to me.”

Emily is a veteran of sorts at this. She spends roughly half her work week, every week, combing the city looking for those staying in places not intended for human habitation.

Her goal is to connect with them in such a way that will lead them to seek shelter and the resources provided there that can provide a path to a more mainstream life. But it is far from automatic.

“The trust-building process can be tricky,’’ she said, noting mental-health issues or substance-abuse issues often provide obstacles. “So we start slow and ask if there’s anything they need in the moment. … I would say it takes over four meetings before they really feel as though you’re someone they can trust.”

More than an hour has passed and no one has been found. On the one hand, it is disappointing as the objective is to locate people in need. On the other, it is relief that no one is out, alone, battling to survive

“I think, for me, it was to be humble and see what’s really going on out there,’’ said Andy Evans, an employee at Kimberly-Clark, who volunteered on this night. “I wanted to do it for myself and hopefully see something that I haven’t witnessed before. Living here in the Valley my whole life, it means something to me.”

Another hour of searching goes by and we’re back where we started, finding no one.

“That came as a relief to me,’’ said Emily. “I know that there are people sleeping outside that we just didn’t find that other people may have found, or maybe have been in places that didn’t get checked. But it does come as somewhat of a relief to me because we had a lot of outdoor places on our route. And just to know that, at least for that night, that they are hopefully in someplace warm, is big. That’s a big positive, for that one night, in my book.”

Tara Prahl, president of the Fox Cities Housing Coalition, had left the Salvation Army with her team and just 10 minutes later came upon someone in a city park.

He chose to remain where he was.

“They were outside all evening,’’ she said. “I went back and followed up the next morning and, sadly, they were still in ultimately the same place and thankfully we were able to connect to shelter and to resources so he didn’t have to spend another night out.

“Thankfully, he had appropriate clothing, but he was out there all night. It’s just disheartening. It just doesn’t feel like it should ever be, right? And that folks should always have a warm place to be.”

It is counterintuitive to meet someone who needs and is offered assistance, especially in a dangerous situation, and turns it down. But Tara said there are an array of reasons.

Some can’t deal with communal living, some don’t want to abide by the rules in place at a shelter, there are mental health and substance abuse considerations and some may just prefer to be by themselves, in their own space, no matter the circumstances.

Tara said 10 people were found on the night of the Point-in-Time count, and about 13 more were added after a service-based count, bringing the total to 23, slightly higher than at the same time last year.

Most of the people were located in their cars in large parking lots, at which time they were offered gas cards to Kwik Trip so they could put fuel in their tanks to keep their cars running and stay warm.

A shortage of affordable housing, one-bedroom units and landlords and property owners willing to offer a chance for the homeless helps make this challenge feel like a never-ending uphill climb.

“We need other partners, like those landlords or property owners, who are willing to work with us,’’ said Tara. “It can take a little bit and we’re going to see challenges, but we’ve seen some incredible successes from people who have overcome more than most people can even imagine in a lifetime and are now stably housed. You’ve got to give people a chance, even a second, third and a fourth sometimes.”

The one certainty Joe Mauthe can tell you is the two homeless shelters in Appleton are routinely at capacity.

As executive director of Pillars, the question he faces is what to do? He admits it’s a community discussion that needs to take place, and doesn’t think another shelter is necessarily the right solution.

“If you build it, they will come; there is some element to that,’’ he said.

He leans toward a more low-income housing approach for one main reason.

“Everything about a shelter is temporary,’’ he said. “And the more temporary we can make that, by getting you stabilized, we know when we talk to clients, when you put a key in their hand to the front door, things change. 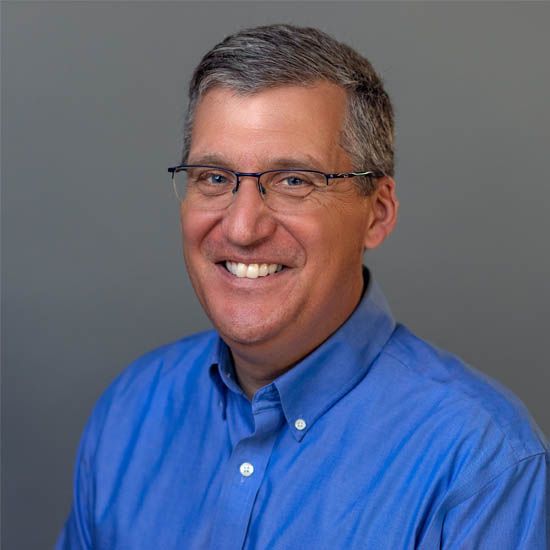 “I’ve got my independence. I’ve got safety that I hadn’t had before. I’ve got a sense of hopefulness that I haven’t had before. We can do some of that at the shelter but in the shelter, you’re constantly looking for that next step. And we gear all our services toward, ‘Don’t get comfortable here; we want you comfortable in your next step.’ That’s part of the reason we haven’t explored more shelter and we continue to push on more housing because that’s a real path out.”

Homelessness in this city is not a top-of-mind issue. It’s often something people don’t see, or realize, and as Emily will tell you, many local residents don’t think it exists.

This summer changed that somewhat, as more residents sought city parks to escape because of COVID-19, as did the homeless population because many of the spots they might normally go -- the library, transit station or certain places downtown -- were closed.

“So it was more visible, and City Hall would tell you they got more calls and concerns, and we got out more and tried to connect with people,’’ said Joe.

While no one will tell you homelessness is an overriding issue, when you have 23 people outside on a frigid Wednesday night in January with no place to go, it’s a problem.

Jake Woodford, the first-term mayor, has first-hand knowledge as he participated in his third Point-in-Time count.

“As a community, we’re looking out for the needs of all people and the best way to understand what’s going on with people in our community, especially the most vulnerable who are not in housing and experiencing homelessness, is to get out in the community and connect with them directly,’’ he said.

Joe said taking part in this event changes you, and that is true. You cannot look at what was once a seemingly nondescript park or parking garage where you once looked for homeless people in need, and pass by the next time and not feel something completely different.

The human element makes the job difficult, and the invariable setbacks are sometimes difficult to digest. But it’s the other stories, those where lives have changed for the better, that keeps this group of people fighting the never-ending, but good fight.

Joe tells of one individual who was in and out of shelters for years, battled a significant alcohol addiction problem, but through a partnership with Theda Care, was able to get the help he needed, and is now working 20 hours a week and is about to get his own housing.

“Those are the victories you hang on to,’’ Joe said.

“And for somebody else, some of it is how you define a victory. We had one person where we worked a year to get them to have enough trust to come into shelter and put in a housing program. Ultimately, their health deteriorated and is now with county getting a kind of 24-hour supervision. That is a victory in itself, because without us bridging that, I’m sure he’s a person that I’m sure would have died on the street. Now they’re in a spot, getting appropriate care and, at some point, they’re going to go out of this world with dignity. And even having a part of that is still – there’s some sadness in that story, but it’s not what it could be if we weren’t involved.”

Tara comes from the same place.

“That’s why even though there are setbacks, that’s huge and it keeps your heart full to keep doing the work,’’ she said. “Going back every week and say, ‘What can we do today? Big or small. What can I do for you today?’’’