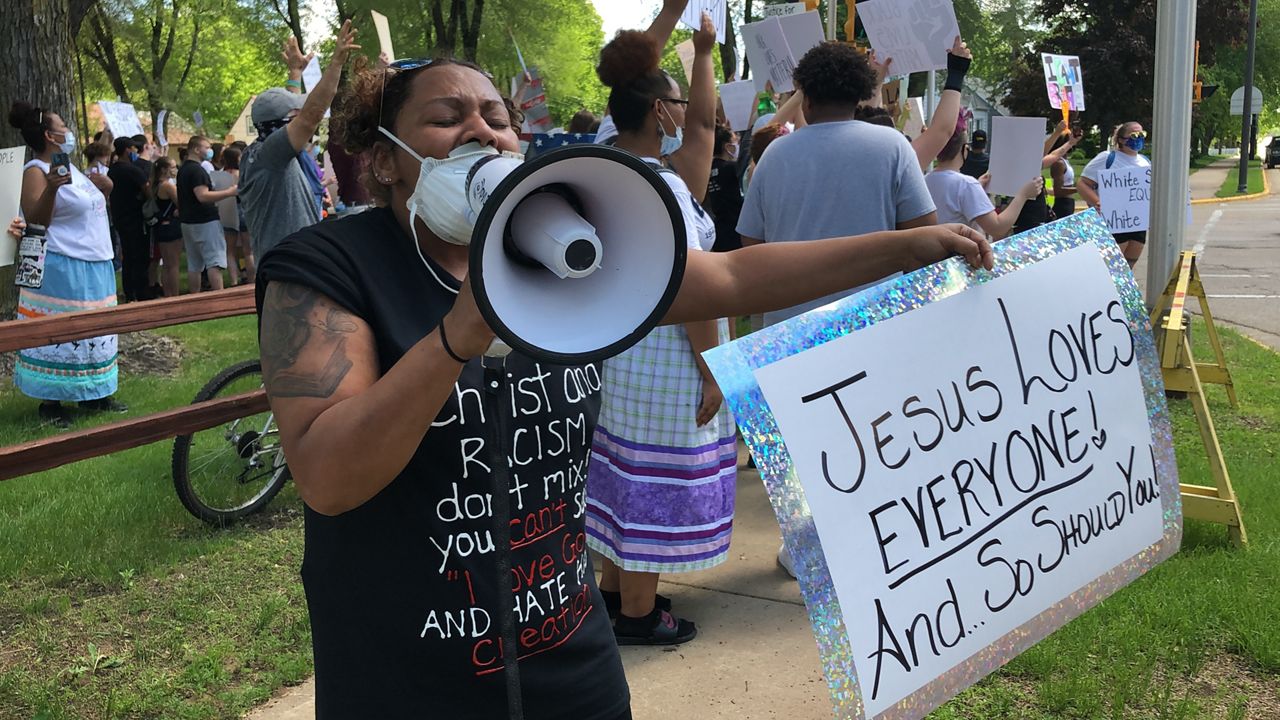 A group of about 300 people marched — literally — down the city’s Main Street protesting the death of the Minneapolis man as police held him down with their knees.

A number of protesters said it’s important these protests happen in communities of all sizes around the state.

“I just want people to know the hurt that we go through. People think racism doesn’t exist anymore and that it’s not a big problem,” said Joseph Espinoza of Bowler. “But it really is a big problem for the minority communities and we really do need the support from the community like this.”

As the group moved down the street chanting and carrying signs, people came out of stores to watch while others stood silent with one fist raised in the air. The march was peaceful.

For protester Alphonso Smith, the protest was an opportunity to have his — and other voices — heard by the community where he lives.

“We really need to get people of color voices out there because we’re really not heard and if we are heard we’re definitely shunned or not listened to,” said Smith, a member of the nearby Menominee Indian Tribe of Wisconsin. “I think something like this is really special for a community like this.”

The Shawano protest comes as others spread around the world.

“I  believe the whole world is watching at this moment. We’ve got eyes and ears everywhere,”: Espinoza said. “There are people in Paris protesting, in London and all over the world. They’re listening to us.”