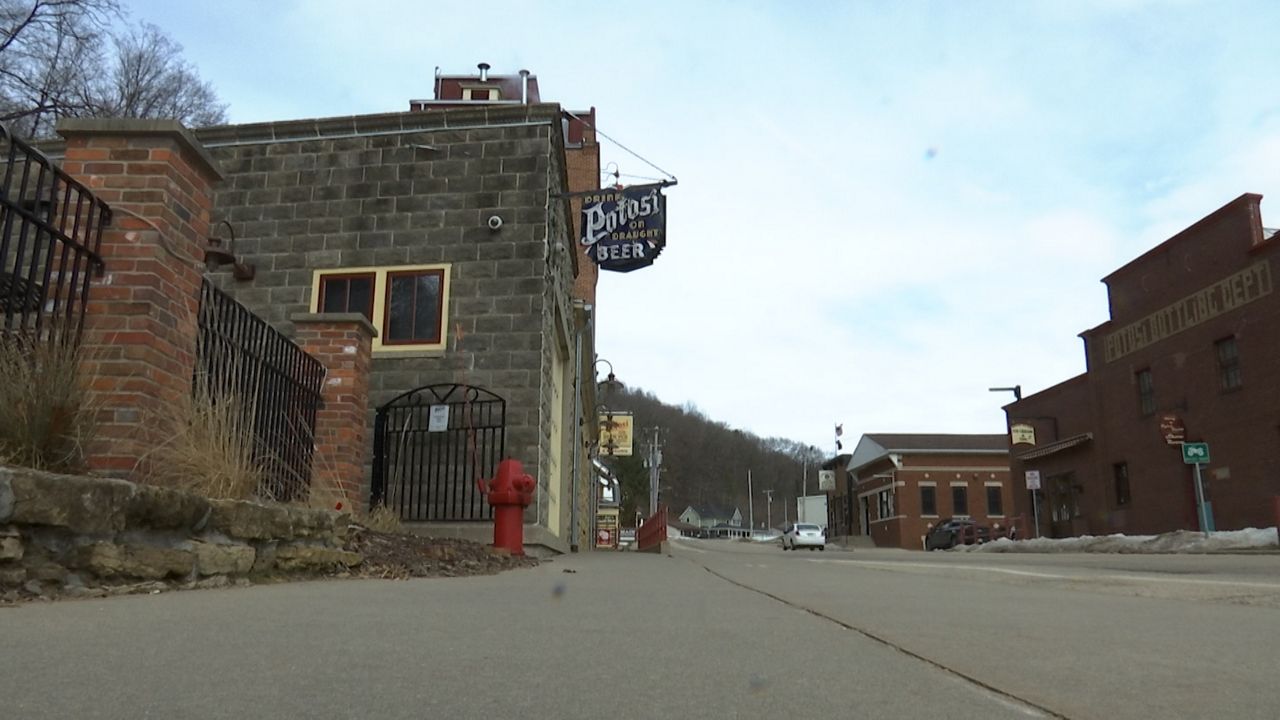 POTOSI, Wis. (SPECTRUM NEWS) -- Potosi, Wisconsin is home to less than 700 people. It's also home to a brewery known around the world.

“The breweries helped build these communities and now it is helping to sustain a community,” said Frank Fiorenza, a Potosi resident of 45 years.

Fiorenza used to be major of the town and he sits on the board for the Potosi Brewery Foundation.

In 2010 Fiorenza said a study showed the brewery had a $4.6 million impact on the area, a number he thinks that's only gone up. Because the brewery draws a crowd.

“Every state in the union has been here, I've done tours down at the brewery with people from France, Japan, from Norway so we've had at least over 31 foreign countries,” Fiorenza said.

Araceli Dewitt, manager of Potosi Brewing, says thousand of people will visit the brewery every week during peak tourism season.

“When it's busy season in the summertime we'll be packed wall to wall,” Dewitt said.

Part of that is for the beer, food and oftentimes music, but a lot of the tourism draw is for the museum.

The National Brewery Museum is in Potosi at the Brewery.

Rotating exhibits sometimes feature models of old towns, advertisements from every era, brand memorabilia, or depending on your age beer cans you've never seen before.

In January Forbes put Potosi on a list of the best beer museums in the world. There were only three others recognized: https://www.forbes.com/sites/bradjaphe/2020/01/27/worlds-best-brewery-tours/#358da7707b00

“It was an incredible honor very surprising that such a small town like Potosi could be on the world map in this way and we're just really excited about it,” Dewitt said.

Particularly considering what it took to get here.

Then around 1999 the community rallied, raising money to rebuild the brewery.

“This whole brewery project was not just to restore a historic brewery although that was part of it, but it was to save potosi from becoming a dying community,” Fiorenza said.

Like so many other small towns, Fiorenza said Potosi was worried as factory jobs in the area went away. They were afraid the community wouldn't last.

“What we did have was a dilapidated brewery building with a lot of history behind it, and we saw that as a catalyst for keeping the community viable and bringing a long economic development, and that's what's happened,” Fiorenza said.

Now the brewery has a collection of businesses built up around it, thousands of visitors every year, and of course beer. And now the brewery hopes distinction from Forbes, can only help.

“I really hope so, I hope that people see this article and decide to come check us out because it's a really cool place,” Dewitt said.

The brewery and museum are open Wednesday through Sunday in the Winter. Starting in April it will be open every day. You can learn more about the Brewery on its website: https://www.potosibrewery.com