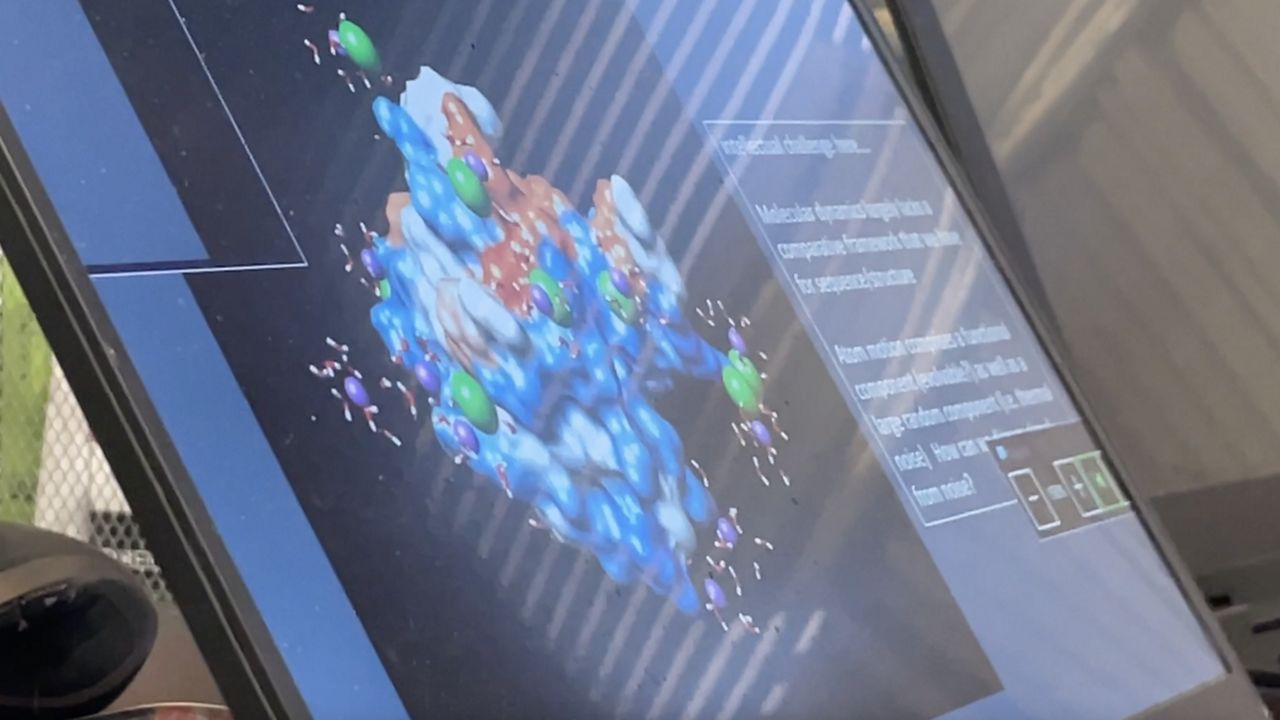 ROCHESTER, N.Y. — Dr. Gregory Alan Babbit, an associate professor at the Rochester Institute of Technology, has been working with master’s students to learn more about the transmission of COVID-19 through mammals. Through a computer simulation method known as molecular dynamics, bats have been a big help to his research.

“We took the very, very tip of what most people now know as the spike protein, and we simulate how every atom is interacting with the target protein in our lungs called Ace2,” Babbitt said. “So when the virus comes in, everything is wiggling and jiggling and then they bind and they attach and that dampens the motions down.”

By using molecular dynamics, Babbit and his team were able to take a close look at different COVID-19 variants to see how they adapt after transmission.

“I was hoping that we would see a really nice story where these viruses, once they moved into the human population, started adapting to the human point of contact,” Babbit said. “But what we actually saw [was] almost the opposite. We found that these, what we call binding signatures, had not changed much across all the variants.”

This means that the potential infection between species with a new variant is very possible.

“There’s a lot of potential cross-species infectivity and even these later human variants can still easily go back to mammals,” he said.

Babbit said that performing the experiment in the lab by re-infecting bats with viral human strains would be highly dangerous, making the computer-based simulation a safer alternative.

“I would, first of all, say, don’t blame bats,“ he said. “These viruses are always present and always moving around even if we’re not watching them, they’ve still been doing this for quite a long time.”