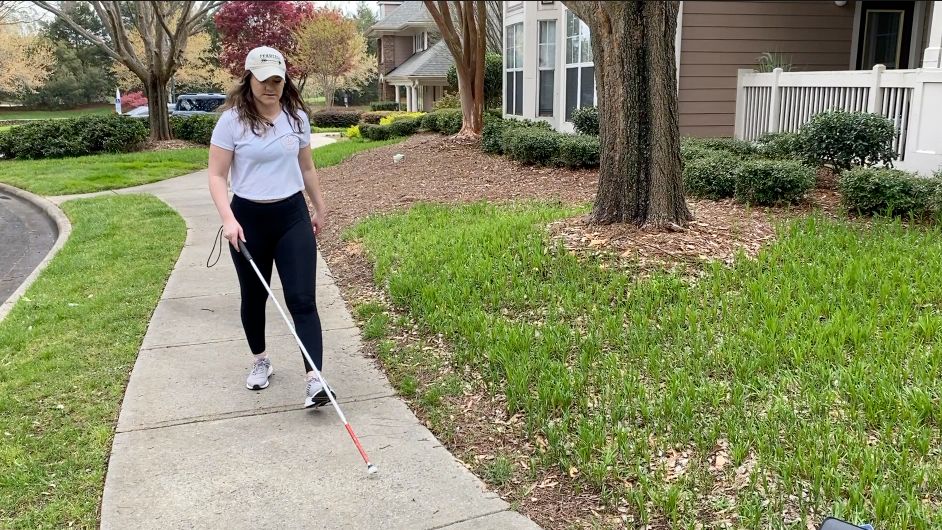 Katelyn Wackerman, who has type 1 diabetes, says she rationed her insulin from 2012 to 2018 because of costs and lost part of her vision. (Photo: Kari Beal)

N.C. woman says she went partly blind because of high cost of insulin

CHARLOTTE, N.C. — One woman says she went partly blind because she rationed her insulin due to the high costs. Some lawmakers are trying to put a cap on the price.

Katelyn Wackerman loves the smell of fresh flowers and feeling the bark on a tree. But she can only fully appreciate the beauty of nature through her senses of smell and touch.

“I can’t see out of my left eye,” Wackerman said. “If I describe it to people I tell them to cover their left eye, then mimic a straw on the right eye, put it over and that is your vision.”

Wackerman is partly blind. She wasn’t born like this. A few years ago she could see every detail of her surroundings.

Wackerman has type 1 diabetes. From 2012 to 2018, she lost part of her vision because she rationed her insulin.

“I would go days without taking it, and I ended up in the hospital,” Wackerman said.

She was working as a bartender back then and says she couldn’t afford health insurance because it was several hundred dollars a month.

She says the out-of-pocket cost for her insulin then was about $600 a month, and that was when she started rationing it. What really bothered her is the cost to manufacture the drug. The director of state government affairs for the American Diabetes Association, Stephen Habbe, says a recent study looked at the costs.

“There was a 2018 study that looked at the manufacturing costs alone and they found that the cost of insulin per vial could be as low as $2 to $6,” Habbe said.

The Affordable Insulin Now Act would put a cap of $35 a month on the cost of insulin. If the bill becomes law, it would take effect at the beginning of 2023.

“We know that people with insurance are frequently struggling with the cost of insulin because they are underinsured,” Habbe said. “They may still pay hundreds of dollars a month to pay for their insulin.”

Wackerman supports the bill but says it only helps keep costs down for people who have insurance.

“Everything helps, and it’s great,” Wackerman said. “But what are you going to do for the people who were like me and didn’t have health insurance?”

She says any legislation to put a cap on costs will help, but hopes lawmakers and pharmaceutical companies understand what is at stake when people have to ration drugs.

“I pray to God your children or anyone you’re close doesn’t get type 1 diabetes and they lose their insurance,” Wackerman said. “Lawmakers will only really do something about it if it affects them personally.”