Kentucky railroad company preps for improvements thanks to federal grant

NICHOLASVILLE, Ky. — Kentucky-based R.J. Corman Railroad Company has received a Consolidated Rail Infrastructure and Safety Improvements grant from the U.S. Department of Transportation. The short-line railroad will use the money to make several improvements to its lines, collectively called the Bluegrass Multimodal Freight Improvement Project.


The CRISI Program is a federal DOT funding initiative for projects that improve railroad safety, efficiency and reliability. R.J. Corman received $7,380,600 in grant funds and contributed $4,920,400 as a matching portion.

“We are grateful for being the first company to be awarded a CRISI grant in the state of Kentucky,” said Ed Quinn, president and CEO of R.J. Corman Railroad Group. “The Bluegrass Multimodal Freight Improvement Project is a multifaceted effort that will transform our operations and service to our key business partners in the area. R.J. Corman is proud to call Central Kentucky home and we are excited about the significant improvement and development these funds will bring to our company and the community.”

According to the company, the project will benefit many businesses and industries in the region but was designed to specifically support two primary rail users who are significant local employers – Nugent Sand Co., which has 125 employees in the Louisville area, and Washington Penn Plastic Co., which has 98 employees in Frankfort. The project also will support the continued operations of 70 employees of the Central Kentucky Line. 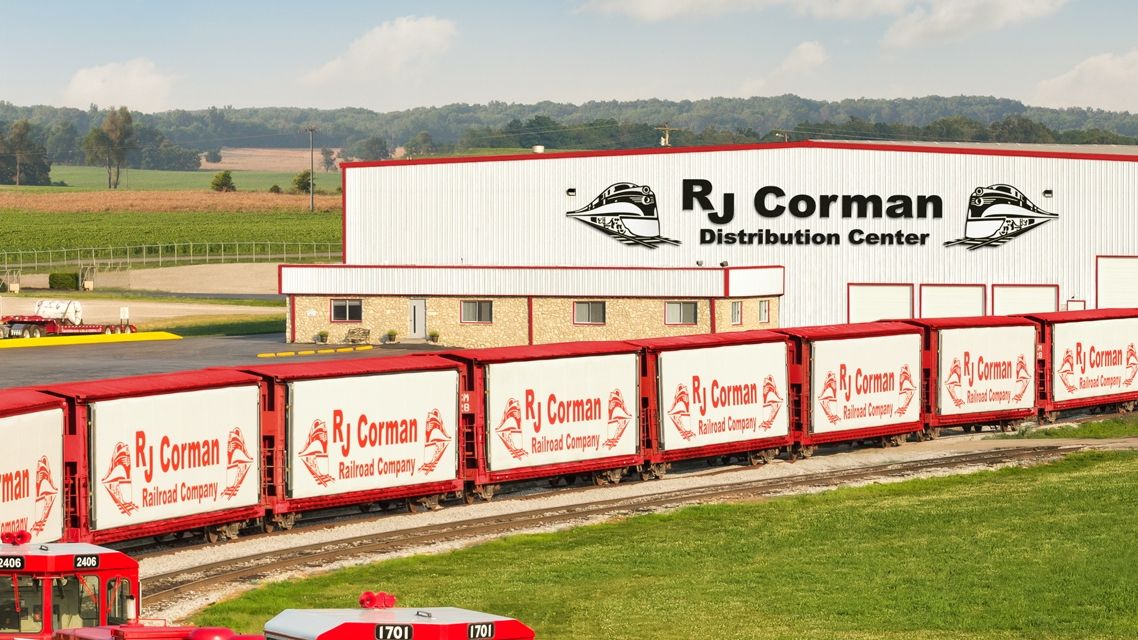 The R.J. Corman Distribution Center in Woodburn, Kentucky. The short-line railroad company has received a grant to make several improvements to its lines in Kentucky, which are expected to boost the local economy. (R.J. Corman Railroad Company)

Sen. Mitch McConnell, R-Kentucky, said in a press release that Kentucky is where America’s rail, road and river transportation systems meet, and he is proud to partner with local stakeholders to fund improvements to these important arteries and secure the Commonwealth’s place as a national transportation hub.

“This grant will increase speed, efficiency and safety on one of Kentucky’s keystone rail lines,” he said. “Those improvements will support jobs and commerce in the Commonwealth for years to come.”

“I strongly advocated for this grant project through a letter of support to the U.S. Department of Transportation, and I voted for the funding used to award this grant,” he said. “I look forward to seeing these improvements fully implemented and the impact they will have on our region.”

Gov. Andy Beshear supported the company’s application with a written endorsement and a pledge of roadway improvements by the Kentucky Transportation Cabinet that will complement the Lexington portion of the project. He said the CRISI grant is the first awarded to the Bluegrass State.

“I would like to thank R.J. Corman for its continued investment in rail infrastructure in the Commonwealth,” he said when announcing the grant award. “This project will have a positive impact on the Central Kentucky freight economy and we are grateful for the investment from the U.S. DOT in supporting this effort.”

Construction of the Bluegrass Multimodal Freight Improvement Project is scheduled to begin in early 2023. The company estimates that over the next 20-to-30 years, the new transload facility in Frankfort will divert 139,000 truckloads of cargo that otherwise would have to travel on Interstate 64 and other local roads.

“Moving these materials by rail instead of truck will yield safer, more efficient and greener transportation,” said Jim Gray, KYTC secretary in a press release. “The entire project is a significant, environmentally friendly investment in central Kentucky’s rail infrastructure.”

According to the Kentucky Department of Commerce, R.J. Corman is one of 13 freight railroads employing nearly 3,000 Kentuckians and operating on nearly 2,600 miles of track in the Commonwealth.