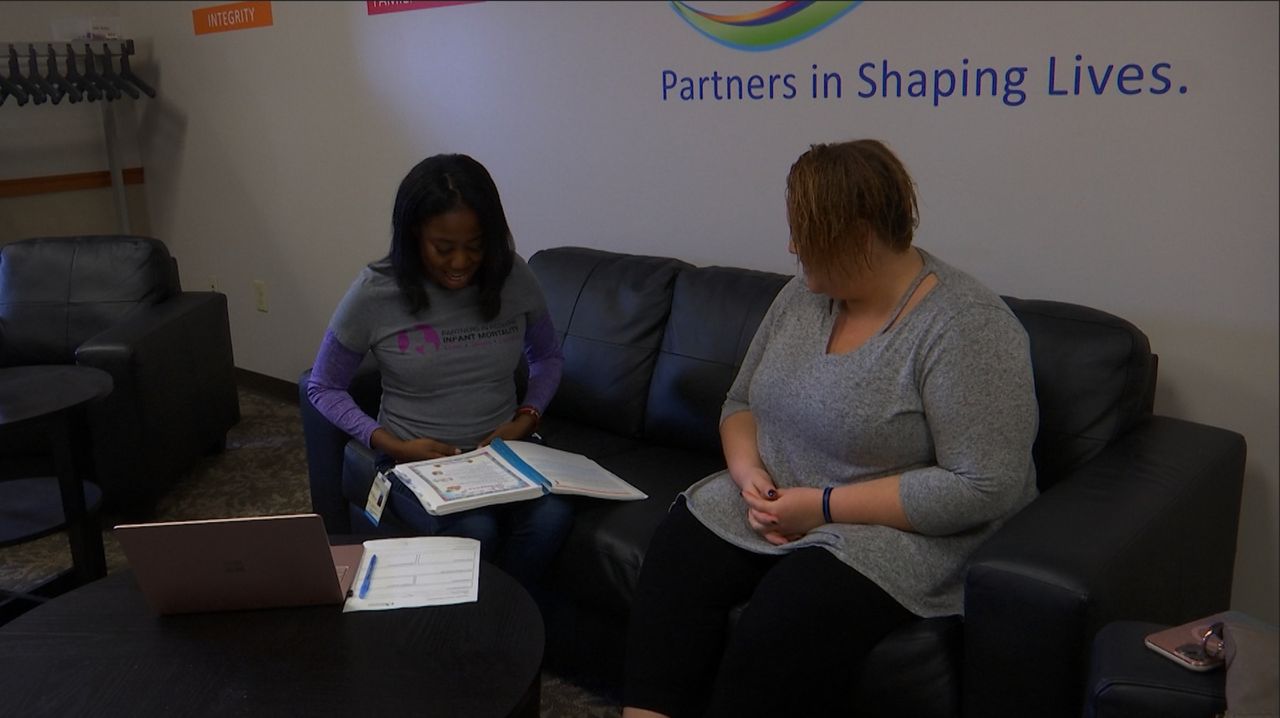 How advocates are addressing infant mortality through program

After a quick hug from Danielle Hunter and a scroll through her son’s latest baby pictures, the two get talking about the biggest factors in her child’s development, how she’s doing, and what she needs.

From there, Hunter said she does her best to provide, whether that’s through advice, financial counseling, a medical referral, or simply a listening ear, because as a Community Health Worker for the past five years, that’s what she believes it takes to keep mom and child healthy enough to beat the odds.

According to the Ohio Department of Health, 6.5% of infants never make it to their first birthday and Black infants are 2.7 times as likely to die as their white counterparts.

Butler County has some of the highest racial disparities in the state, peaking at around 22.3% for Black infants in 2018. ODH attributes most of those deaths to medical conditions because of premature births or problems during pregnancy. 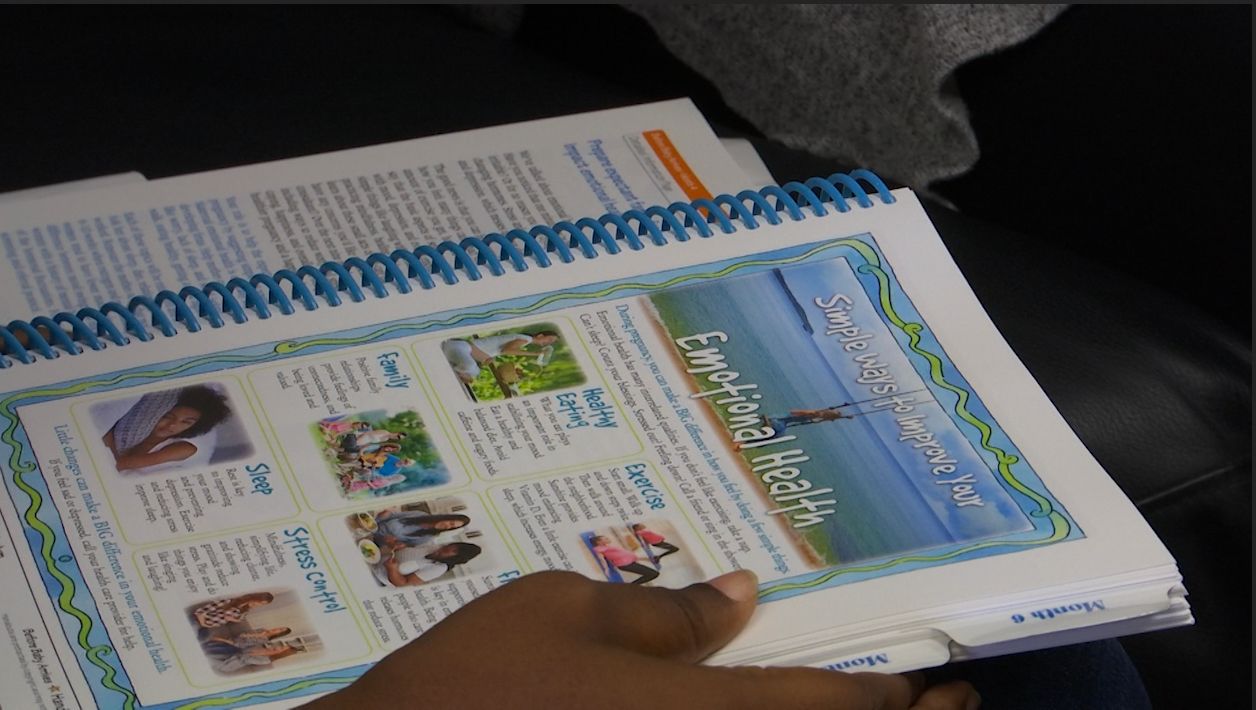 To address this gap, Butler County launched its Community Health Workers program in 2017 and focused its efforts on infant mortality. ODH reports there are more than 600 CHWs across all 88 counties in Ohio.

Butler County’s CHWs aim to prevent negative health outcomes by working directly with mothers from pregnancy through their child’s first year of development.

Hunter was one of the first in the county.

“I had about 20-something clients at one time, for the longest because I was the only one,” Hunter said. “So I can’t even tell you how many I’ve worked with.”

Her passion for serving these mothers came from her own experience. Years before Hunter started training to be an advocate, she sought early intervention services herself.

“I had a baby that passed away,” Hunter said. “And then when I got pregnant again, like I knew about the program and so I immediately enrolled.”

Her son was born happy and healthy and as he grew up, Hunter started looking into ways she could pay the support forward. 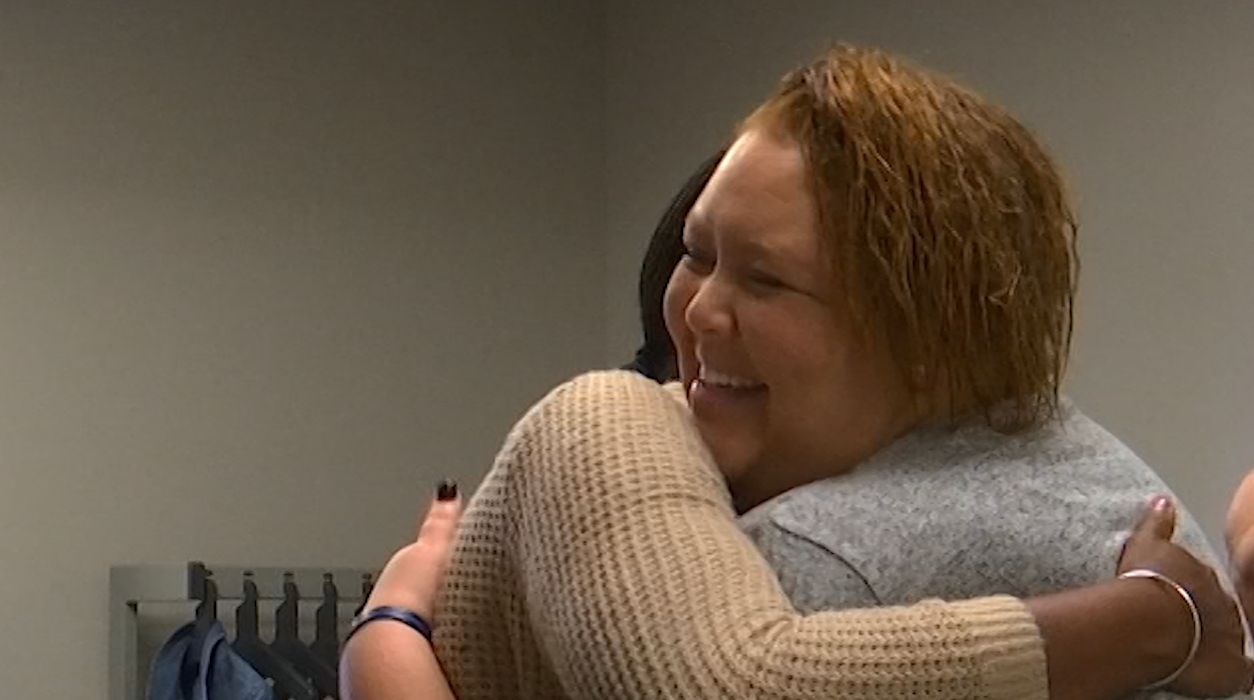 “It can be overwhelming, it can be stressful, but at the end of the day, you’re able to help somebody else,” Hunter said. “They become like my babies.”

Usually, that looks like a counseling session. Hunter teaches a brief lesson about challenges at a particular developmental stage during pregnancy or their child’s first year, offers resources, and listens to a mother’s needs. Their services can also help prevent an emergency.

McLemore worked with Hunter to prepare for the birth of her second child. Hoping for an easier birth and development, the Community Health Worker helped her manage her stress and arranged for her to have a doula at her side during labor.

When the contractions began, however, McLemore said something felt off, and she worked with her doula to advocate for an emergency c-section.

“I could just tell something was wrong,” McLemore said. “And she helped me stand up for myself.”

When the doctors wheeled her into surgery, they discovered the baby’s umbilical cord was wrapped around his neck.

“Had I tried to push, it could have hurt him,” McLemore said. “I would have had to do an emergency c-section anyway.” 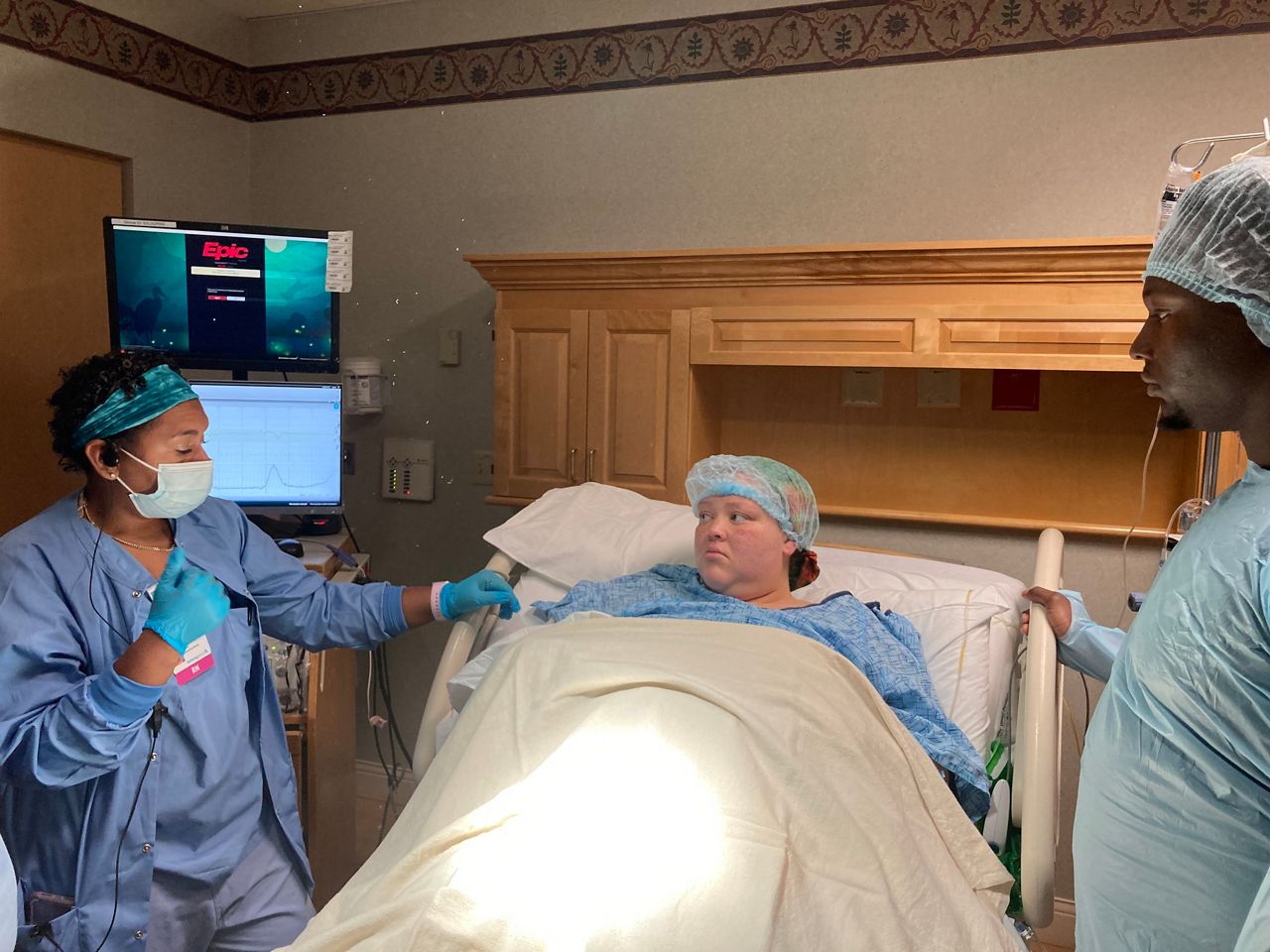 The surgery was successful, though McLemore said her family had to cope with a few post-birth complications.

“When he was born, he was deaf in his right ear,” McLemore said. “And he was so small.”

She was grateful to have a support system available through Hunter and her doula, and now a year later, McLemore is proud of how much her son has grown and overcome.

Even though she’s passed the one-year milestone, she’s still sending Hunter updates on the baby learning to walk, talk, and how his hearing has improved.

“She’s been a big help since the beginning,” McLemore said.

Since 2018, Butler County’s seen a decline in infant mortality, particularly among Black infants. Hunter said among the dozens of families and babies she’s worked with since the program began, all of them have survived to celebrate their first birthdays.