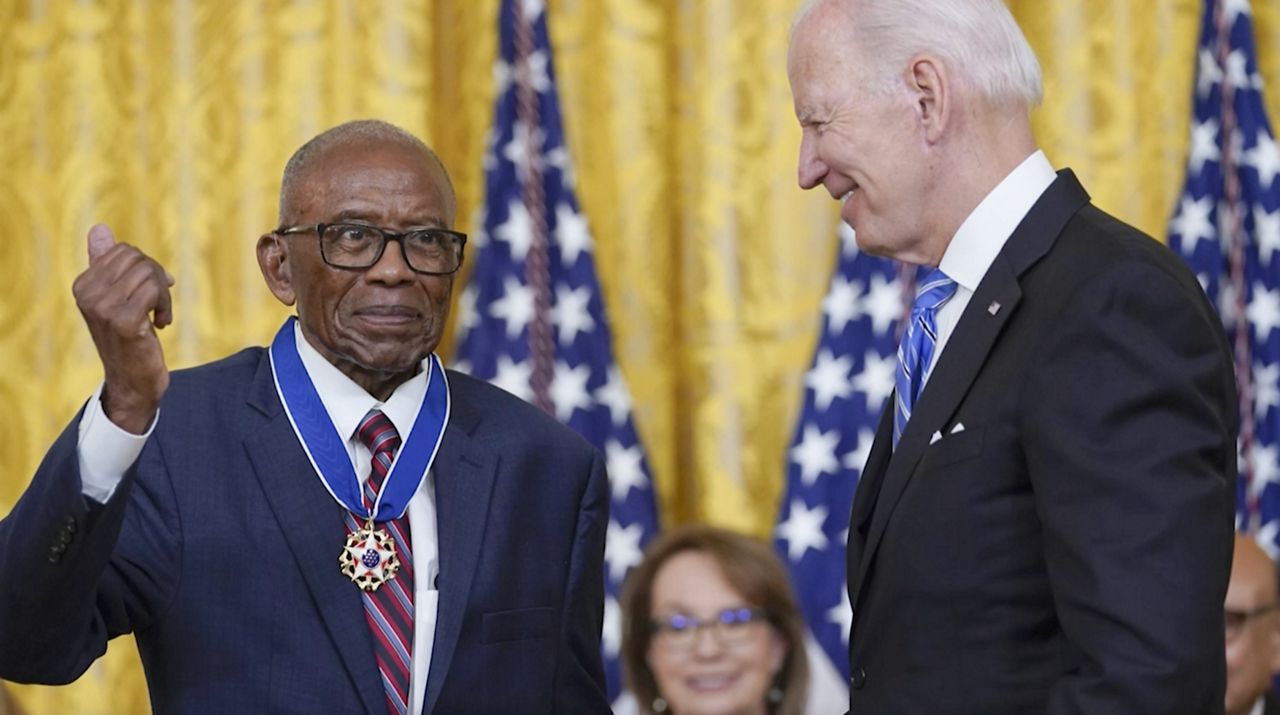 
Receiving the Presidential Medal of Freedom is the nation's highest civilian honor, and Gray received that honor with the help of an outpouring of letters of support from Case Western Reserve University, where Gray attended law school.

“I appreciate everyone who was in the room, all of the other recipients of the Presidential Medal of Freedom. But when I said in my letter to the president that I couldn't think of anyone more deserving on this earth, living, to receive this award, I honestly meant that,” Ayesha Bell Hardaway said.

Bell Hardaway is an associate professor of law at Case Western Reserve University. She said Gray, who gave the commencement speech at her law school graduation, is one of her role models and daily motivations.

“He is an inspiration. He is a guidepost. He is someone who I keep in mind,” Hardaway said.

Despite facing threats and the challenges of working in a segregated and at times hostile environment, Gray went on to become one of the first Black members of the Alabama State Legislature since reconstruction, and in court, he took on some of the nations pivotal civil rights cases.

“Mr. Gray was involved in cases that desegregated public schools all over Alabama. He was involved in cases that desegregated higher education in Alabama. He represented Freedom Riders, sit-in demonstrators, student activists, and perhaps most notably, Mr. Gray represented the men who were the victims of the infamous Tuskegee Syphilis Experiment,” Professor Jonathan Entin said.

Law professors and staff at Case Western Reserve University said Gray, who is now 91, often visits the campus and is an active inspiration to the next generation of lawyers.

“He's really a big deal at the laws school. There's a big portrait of him in the courtroom and he and his portrait inspire other generations of students who come here with an interest in social justice that want to follow in his footsteps," Dean Michael Scharf said.​