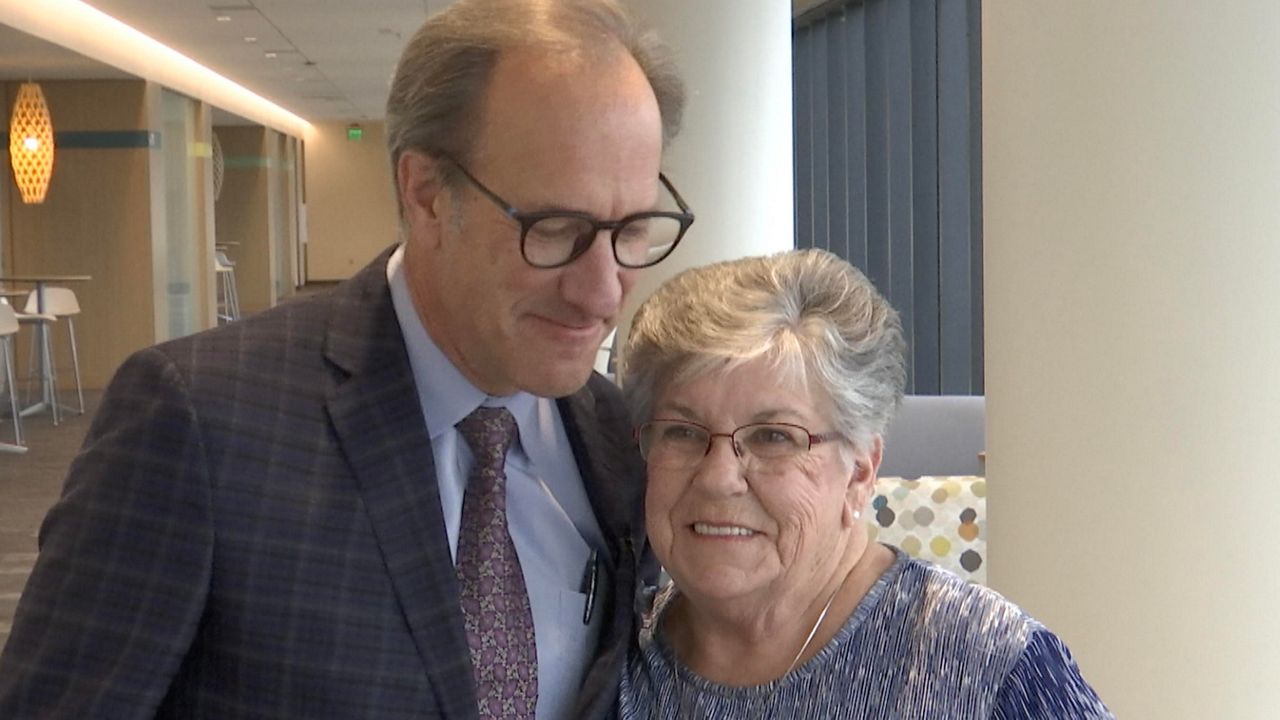 EDGEWOOD, Ky. — Compared to other states, Kentucky ranks at or near the top of every list when it comes to lung cancer diagnoses and deaths. Fortunately, the state is also near the top of the list in early testing for lung cancer.

One Kentucky woman shared the story of how an early test saved her life.


At 72-years-old, Glenna Courtney is looking at things differently after her lung cancer screening.

“I have a second chance at life. Which I would not have had if it hadn’t been for the lung screening,” she said. 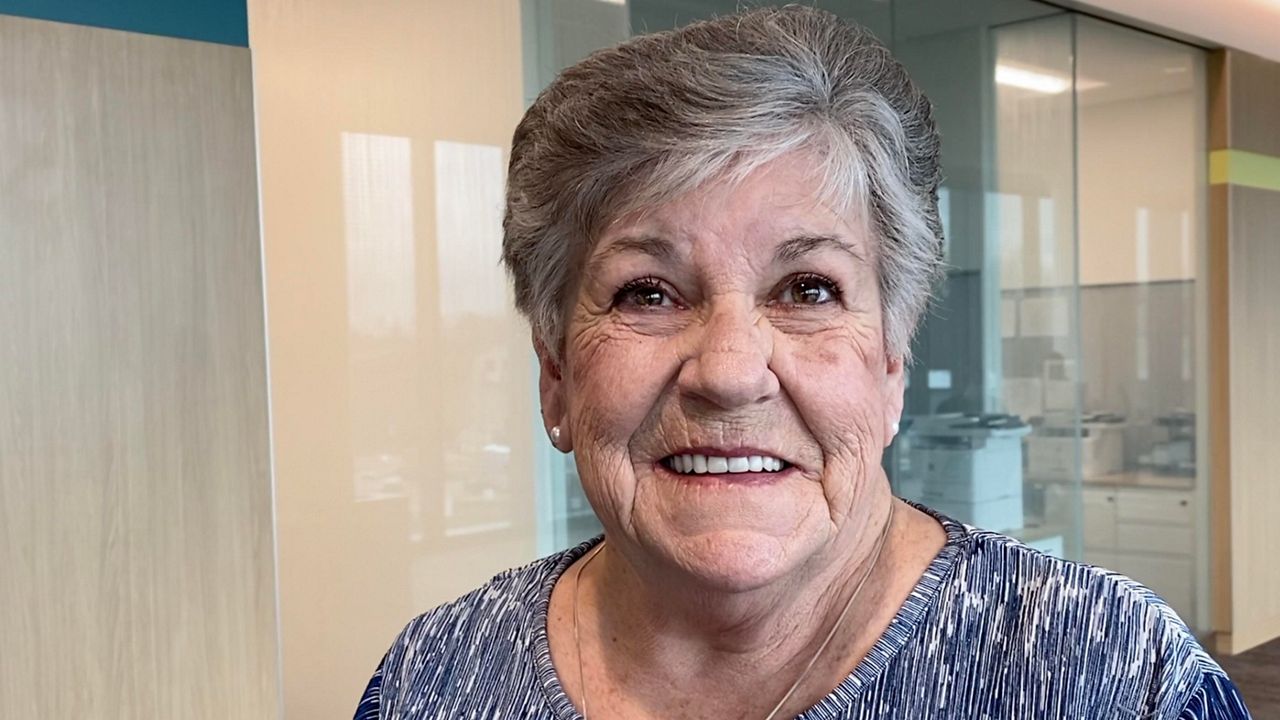 A year ago, Courtney wasn’t so sure where things were heading, but on a Thursday in late March 2022, she was back at the St. Elizabeth Cancer Center in Edgewood, the place that gave her back her hope.

“Very comforting emotions. Because they’re here to save your life, whether it was meant to be or not,” she said, walking next to Dr. Michael Gieske.

Gieske is a family physician who has been in practice for 35 years. He is also the director of the lung screening program, which has now done about 22,000 screenings.

The program has received national recognition as a leader in adopting this measure. The program did seven screenings in 2013, the year it started. It was expecting to do almost 800 in March 2022.

St. Elizabeth is now finding one incident of lung cancer for every 62 screenings.

Lung cancer is the second most common cancer, and the leading cause of cancer deaths, killing more than breast, colon, and prostate cancer combined.

Historically, the mortality of lung cancer is very high. Gieske said when it is found in stage 4, the patient can have about a 4% chance of living five years.

“It’s a very aggressive, fast-moving cancer, and the important thing is to catch it when it’s early, when you can really make a difference,” he said.

Treatments in early stages typically include surgery, radiation, and SBRT treatment, and can be very successful.

“The problem with lung cancer is that historically, it’s not found until it’s too late,” he said. “Kentucky has a lung cancer problem. We are gonna lose, probably, 3,000 Kentuckians to lung cancer this year.”

“Almost everybody knows somebody in their family, or a neighbor, co-worker, that’s had lung cancer, that’s died from lung cancer,” he said.

According to the American Lung Association’s (ALA) Annual State of Lung Cancer report, Kentucky has moved up to the number two spot in the nation for lung cancer screening efforts. The ALA report also highlights that the rate of new lung cancer cases in Kentucky has improved by 11% over the last five years.

Gieske said he expects Kentucky to be number one in screenings by the end of the year.

Courtney wasn’t always open to the idea of being one of those screening patients.

“A lot of people think, oh I don’t need that. I can breathe just fine. I can do just fine. Well, I thought I was the same way,” she said. “I had no symptoms. No nothing.”

What she had was a habit, one that wasn’t helped because she and her husband Ronald were tobacco farmers in eastern Kentucky.

“I smoked for 40 years. One pack a day. And that was very hard to give up,” Courtney said. “I used to [tell] some friends, ‘I got to support my product,’ which was a bad statement to make.”

Gieske said about 25% of adults in Kentucky smoke, compared to the national average of about 13-15%.

“Clearly smoking is related to lung cancer. About 80% of cancers that we see are due to smoking,” he said.

In 2019, thanks to a push from her family doctor, Courtney went in for a baseline lung cancer screening, which came back clean.

“Then a year later, we did another one for an annual visit, and that’s when they found a growth that was the size of a pea,” she said. “We let it go for about three months, and then did another screening. And it had grown.” 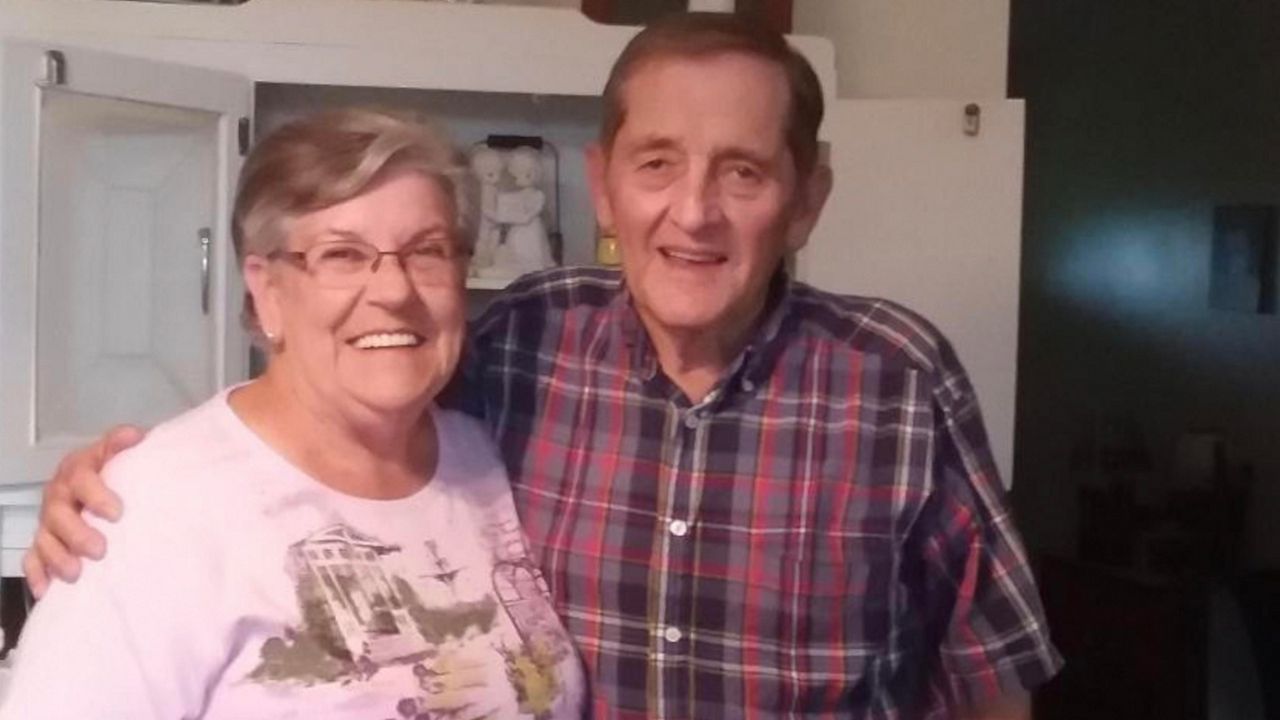 Glenna Courntey and her husband Ronald Courtney, who passed a way a month before her cancer diagnosis. (Glenna Courtney)

Her cancer was found in stage 1, but Courtney was still scared. She had to take on this new challenge without her husband.

It was an emotional barrage with as happy an ending as Courtney could’ve asked for.

“He took a wedge out. Small part of the lung. Diagnosed free. No cancer, no nothing. No radiation. No chemo. It was a wonderful blessing,” she said. “It was totally amazing. I was in shock when they told me.”

Gieske said he thinks Kentucky’s high rate of screening will turn the tide against the deadly disease.

“I like to say we’re witnessing one of the greatest turnarounds in modern medical history,” he said.

Cancer mortality across the country has been dropping significantly and incrementally, with the biggest change being due to improved survival in lung cancer, Gieske said.

“We’re going after it. We’re catching it early. We’re finding it in the earliest stages. And even when we find lung cancer now in stage 3 or stage 4, the treatments of surgery, radiation treatment, chemotherapy, immunotherapy, targeted therapies, they have come an incredibly long way over the last 10 to 15 years. And we can cure those patients,” he said. “When you hear the two words lung cancer now, there’s a tremendous amount of hope that patients should have if they have to confront that.”

“It will save your life. Believe it or not,” Courtney said.

Gieske said patients have to meet the criteria for a screening. As of March 1, St. Elizabeth adopted the United States Preventive Services Task Force criteria.

The test itself takes about three minutes.

“You lay on a gurney, you go into a machine, CAT scanner, three minutes in and out. You’re in and out of the department within 15 minutes. I tell my patients, ‘there’s nothing in you, up you, down you, through you. Simplest test you’ll ever have,’” Gieske said.