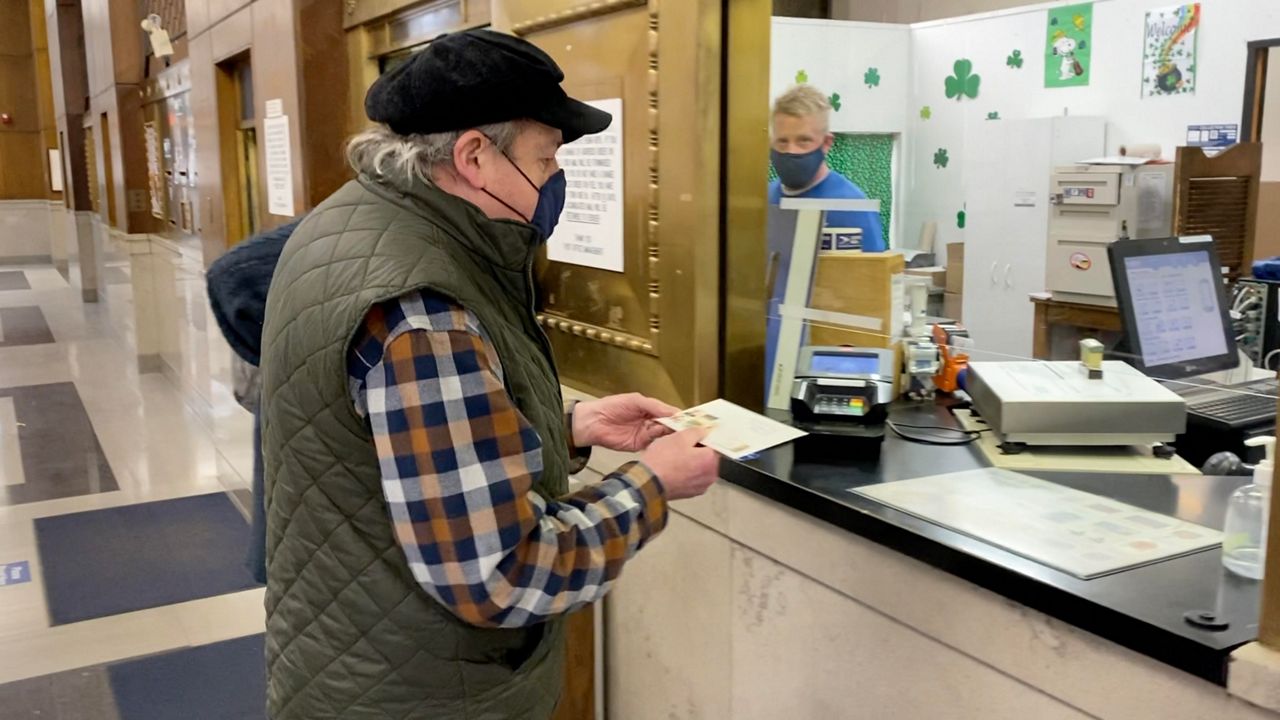 COVINGTON, Ky. — Kentuckians across the state have shared stories of their mail coming in slowly. It’s been a problem people across the country have dealt with, as the United States Postal Service (USPS) works to address staffing issues.


Slow downs have varied from person to person and region to region. With communication, Mike Sylvester is old school.

“I still like to receive mail, and I like to send it out. I’m a stamp collector,” Sylvester said, as he was bringing a letter into the post office in Covington.

When that mail doesn’t get to where it’s going on time, it’s frustrating for someone like him. Luckily, that hasn’t been too much of an issue, at least for him.

“Everybody likes to joke about snail mail, but I really don’t think it’s as bad as most people think,” Sylvester said. “There was a slow period a couple months back. I had to wait maybe six or eight days for a piece of mail.”

He’s noticed some changes and corrections, and said his mail has been more timely as of late.

However, plenty of other people have not been as lucky. And that’s really frustrating for someone who’s passionate about delivering mail, like Cincinnati Postmaster Karen Garber.

“I get frustrated, just like the customers do, because I’m not proud of the service we’ve been able to provide lately,” Garber said. “It’s just not Cincinnati. We’ve never been through this much devastation with hiring.”

With the pandemic, she said people weren’t applying for a lot of jobs. Getting staff numbers back up has been a challenge.

USPS held a job fair on Friday at one of its Cincinnati locations, one of many hosted in the region lately.

While the process for new employees to become full-time career employees has typically taken up to two years in the past, given current circumstances, Garber said it’s not taking much time at all.

“We are not unique. We probably are right up there as one of the top stations that need to really beef up their complement of carriers especially,” she said.

Her district is trying to hire 200 new employees, who would start out as city carrier assistants. While these workers would not be delivering any mail across the river to Northern Kentucky, as that’s a different USPS district, Gabrer said offices in Kentucky are likely trying to hire as well.

“You’ll find that most of the post offices are trying to hire city carrier assistants,” Gaber said. “Our responsibility at the post office is to service all the communities. That’s what we do. We are customers, too. So we understand that when they don’t get mail as expected it can be frustrating, and people begin to lose patience, but I assure you that we are doing everything we can to bring people on board to help alleviate some of that frustration.”

Like Sylvester, Garber said she still loves mail, too.

“I love the written letter. I grew up with pen and paper. I’ve got all my letters from my grandmother when I was in the military,” she said. “I still can pick that up and touch it, and it brings back positivity.”

Garber said she appreciates the patience she’s seen from customers. While Sylvester is not one of her customers directly, his admiration for the post office is mutual.

“Well, I’m glad to hear that,” he said of the job fair. “I appreciate the US Postal Service. And I think they do a pretty good job, and it looks like they’re making more efforts to improve.”

Anyone looking to apply with USPS can head over to USPS.com/Careers.