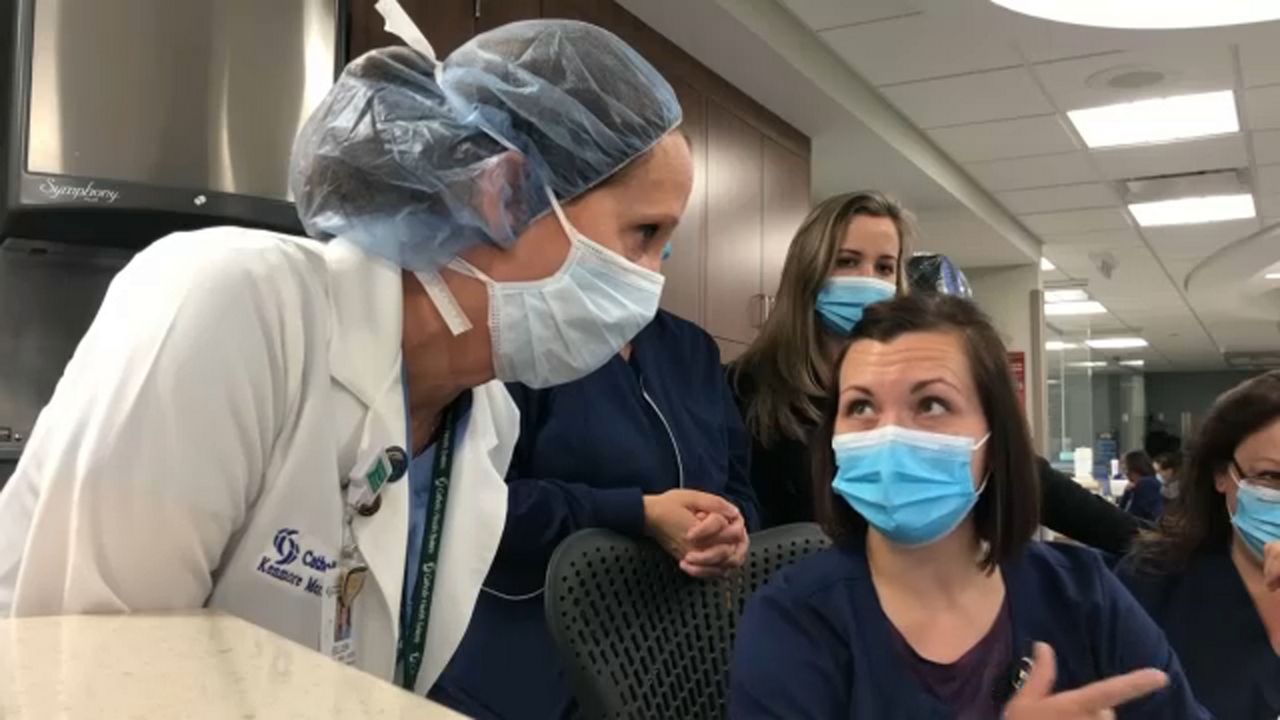 COLUMBUS, Ohio — State lawmakers are considering a bill that could make a big difference in the lives of nurses.

Even before the pandemic, forced overtime for nurses was part of the job. ​There are those who support a change to the practice and others who said it isn't something for state lawmakers to handle.

"Ohio nurses and other healthcare providers have supported us throughout the coronavirus pandemic,” said Rep. Al Cutrona, R-Canfield. “It is our time to support nurses by enacting legislation that takes into account the regular practice of mandating overtime.”

The bill, sponsored by Cutrona and Rep. Bride Rose Sweeney, D-Cleveland, would make it illegal for hospitals to force nurses to work overtime in order to keep their jobs.

"This bipartisan bill would address an unfair labor practice that has real-life consequences, not only for nurses but also our patients," said Sweeney.

According to a Johns Hopkins University study, medical errors are the third leading cause of death in the U.S.

"People are showing an increase amounts of error, decline in memory, mood impairments and communication. These are essential skills that nurses must have and need to have to provide proper patient care," Cutrona said.

At the same time, the bill still allows hospitals to schedule overtime in case of emergencies.

"Nurses don't want the opportunity to just to walk away from patients, but they do need to have that voice and that right if they're just too fatigued," said Tiffany Bukoffsky, the Director of Health Policy and Nursing Practice with the Ohio Nurses Association.

There is a shortage of nurses around the country, however, the U.S. Department of Health and Human Services believes Ohio is one of two states expected to have a surplus of nurses by 2030.

"They're willing to do the work,” Bukoffsky said. “Treat them well when they're in those positions and they're going to want to stay at the bedside.”

Meanwhile, the Ohio Hospital Association and Ohio Chamber of Commerce oppose the bill because they don't believe mandated overtime is a problem.

"For those where there are issues, the Ohio Chamber believes that this type of issue, this mandated overtime is best addressed between the nurses unions and the individual hospitals rather than one-size-fits-all legislation at the Statehouse," said Kevin Shimp, Director of Labor and Legal Affairs at the Ohio Chamber of Commerce.

A similar bill was first introduced in the last general assembly, but it died in the Senate where the current bill lies.

Ohio Auditor of State Keith Faber, who conducted a performance audit of the Ohio Department of Mental Health and Addiction Services, said the department could replace as much as 40% of its overtime hours with regular hours and save as much as $1 million per year.​