The Complex and Often Hidden World of Infertility Explored

For all of human history most have been taught that all it takes is a partner to have a child. It’s as simple as that. But as more and more people wait longer to start families, conceiving a child is becoming anything but simple.

Adele and David Bong tried for a year to get pregnant. At the same time, Adele was struggling with worsening pain on the days surrounding her monthly period. She says she would brush it aside and minimize her symptoms, “the women in our family would sit by the kitchen table and then everybody would just tell war stories about their cramps, and the worst cramps that they had, and it felt better and you just feel like well, this is part of womanhood. And then that's it.”

In 2017 the Bongs were referred to Dr. Lauren Johnson, a reproductive endocrinologist at REACH Fertility in North Carolina. Dr. Johnson diagnosed Adele with stage four endometriosis, a reproductive disorder where the lining of the uterus grows on the outside of it and on surrounding organs. For Adele, it was the source of her severe pain and her infertility.

It’s an increasingly common story. Twelve percent of women in reproductive age are infertile. Twenty percent of them have no known explanation as to why they are unable to conceive or carry a pregnancy full term, and infertility is just as common in men as it is in women.

The issue is many, like Adele, are finding out they are infertile when they are finally ready to start their families, and as noted before, it is often later in life.

A report from the CDC’s Division of Vital Statistics shows that while fewer women are getting pregnant before the age of 35, the rate of first births among women 35 and older continues to rise. There are nine times as many women starting families in their late 30s than there were four decades ago.

But in waiting, the greatest risk factor for infertility increases – we age. For some, this allows damage from undiagnosed or unknown reproductive disorders to build up, making it harder to conceive.

It’s a fact of nature and science that Adele says is simply frustrating, “you know, I would like to think that I was wise with my time. I went to school, and you know, tried to work hard, get a decent job, tried to be responsible. We worked very hard to pay off our school loans. Finally got stable so that we can have a house, and then you get to that point and it took you too long to get to that, to that finish line.”

Dr. Johnson says the key is greater fertility education. “You sort of feel like we should be able to keep pace with the fact that many women are delaying childbearing to pursue careers or other things. But despite that and despite, sort of our cultural trends, our biology has not changed,” says Johnson. “And you know, there's definitely research out there looking into generating more eggs, but that technology doesn't exist at this point. And so we are very limited by our own biology.”

Many couples feel empowered to wait because of advances in reproductive technology, like in vitro fertilization. But the option to take advantage of IVF is based purely on whether you have the means to pay for it.

Just 25 percent of employers cover IVF cycles through their company’s insurance plans, according to a natioanl survery from Mercer, a benefits consulting company. There are very limited funding options outside of insurance coverage available.

Dr. Johnson suggested the Bongs apply for grant funding through the Bundle of Joy Fund, a charity created by NASCAR couple Kyle and Samantha Busch. It is only available, right now, to couples seen at REACH fertility in North Carolina.

“So we started the Bundle of Joy Fund shortly after we had our son Braxton. We had to go through IVF. We struggled for many years, found that it was our only option, because I had PCOS and my husband had low sperm count and quality. So IVF was the only way we are going to have a child,” says Samantha Busch. “Kyle and I felt very fortunate that we were able to pay for it. But we've heard of so many couples that have worked three or four jobs, sold their house, moved in with family members, sold things, did Go Fund Me pages. All these things for years, just to save up to try one time, and there's no guarantee. And that's the hard part.”

Bundle of Joy has helped 37 families in the Charlotte area - 16 babies have been born, with seven more on the way.  Samantha says she hopes to see IVF covered by insurance sooner, rather than later. “There are so many people that would be amazing parents that are suffering in silence and that will never have the funds to be able to go through IVF, and that has to change.”

At the federal level, the Access to Infertility Treatment and Care Act (HR 2803 and S 1461), introduced in Congress in May 2019, would require all health plans offered on the group and individual markets to provide coverage for the treatment of infertility. It’s not clear whether the bills will move past the committee process.

On the state level, 15 have laws mandating insurers to either offer or cover some kind of infertility treatment. Eight of those states require qualified employers to include in vitro fertilization (IVF) coverage in the plans offered to their employers: Arkansas, Connecticut, Hawaii, Illinois, Maryland, Massachusetts, New Jersey, and Rhode Island.

Under Ohio law, infertility diagnosis and treatment is considered a basic health care service and should be covered by insurers. While the state insurance department doesn’t have a written definition of infertility services, it does state that the procedure must be medically necessary. Coverage for in vitro fertilization, fertility preservation, Gamete Intrafallopian Transfer (GIFT), Zygote Intrafallopian Transfer (ZIFT) are not mandated, because the state does not consider the procedures “essential for the protection of an individual’s health.” Employers who self-insure are exempt from the law.

According to Resolve.org, Ohio has 35 fertility doctors and 243,634 women who have experienced difficulty in getting pregnant or carrying a pregnancy to live birth. 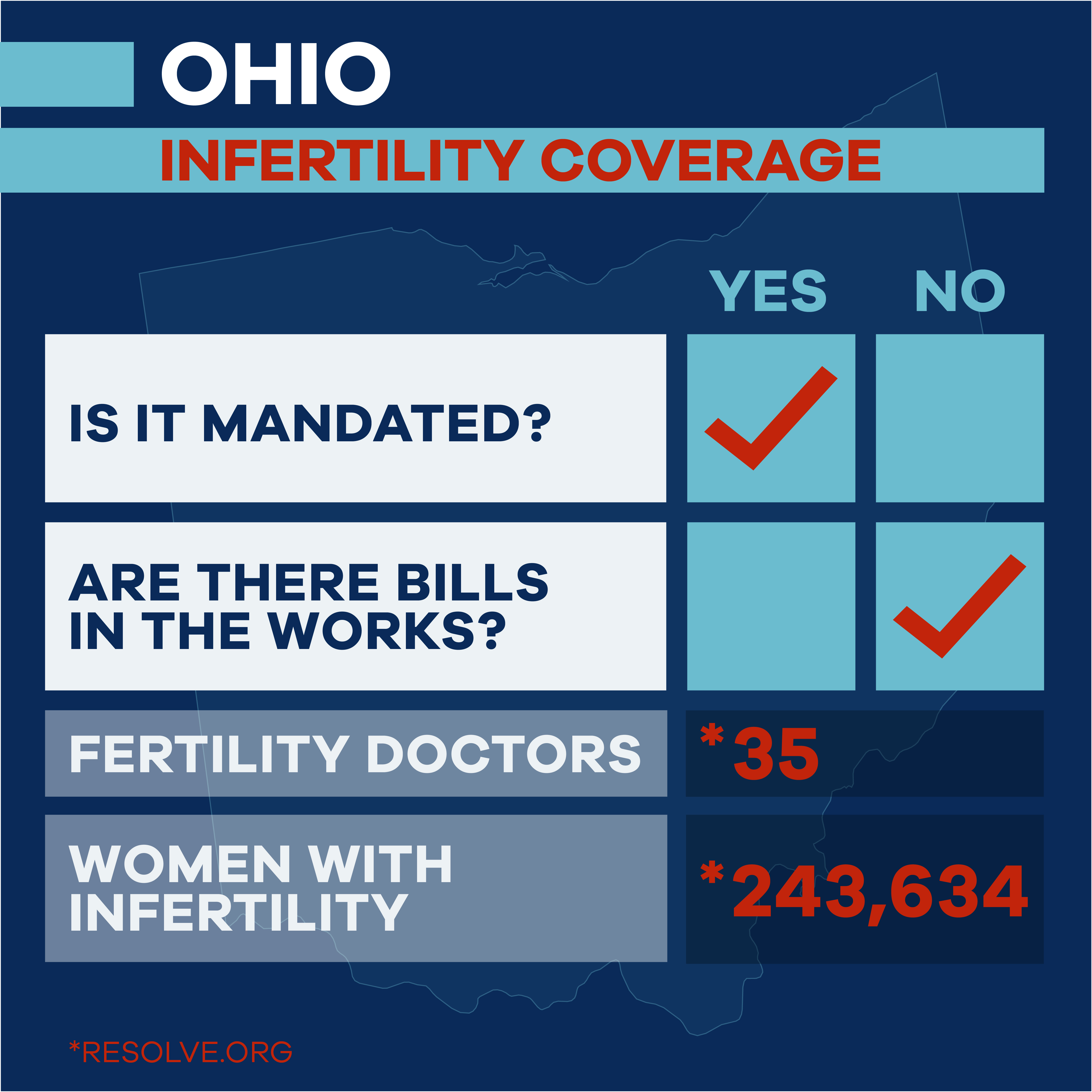 Adele and David will essentially get one shot at IVF, that is one cycle, with Bundle of Joy's help. “What we've been given already,” says David, “makes it possible, where beforehand it wouldn't have been possible at all.”

Assisted reproductive technology has come a long way; 30 years ago, five percent of IVF patients delivered healthy babies, now more than 30 percent do. But that's far from a sure bet.

Adele and David hope to be pregnant within a year – and if the cycle fails, will likely try adoption.

They hope their story magnifies the need for a new conversation; in schools, doctors’ offices and around family living rooms – where the limitations of fertility can be discussed well before people are ready to start having children.

EXPLORING YOUR HEALTH is currently producing a follow up episode that will delve deeper into the world of pre-pregnancy planning, the options and resources available. Learn more about infertility by watching the episode above.