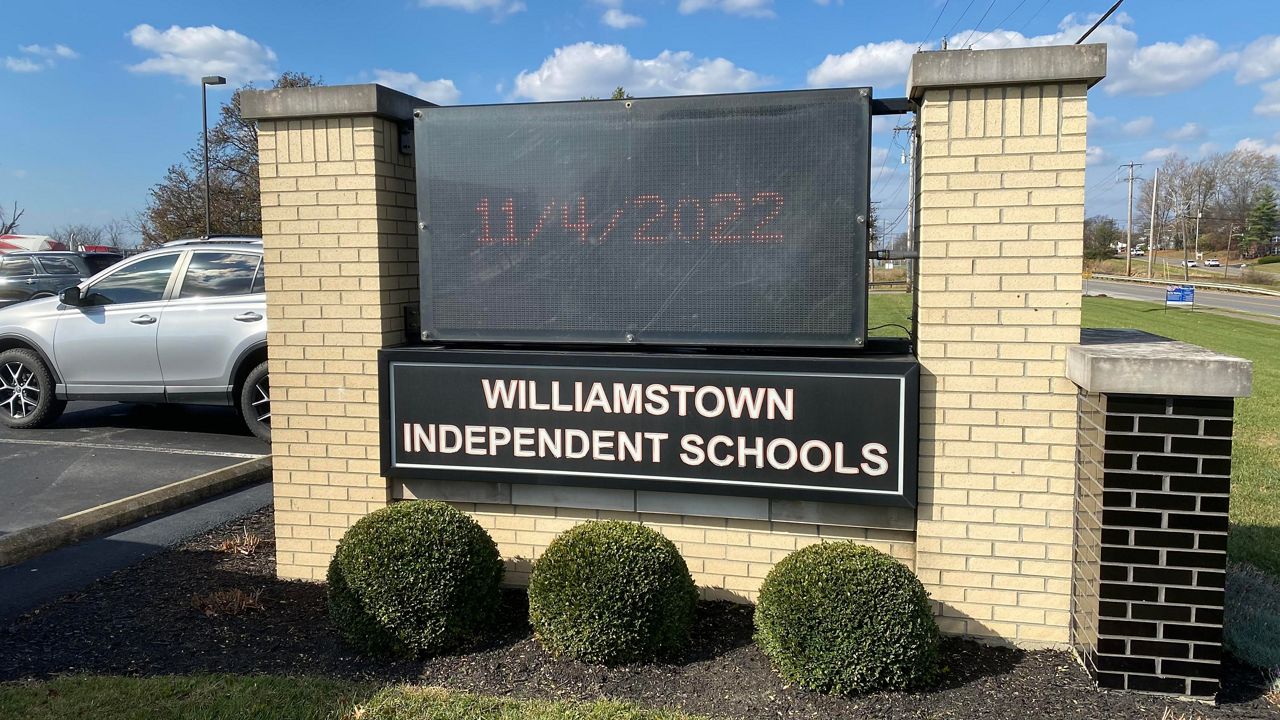 At least 21 school districts across Kentucky close because of illness

WILLIAMSTOWN, Ky. — Schools across Kentucky are closing because of widespread illness. At least 21 school districts have either closed or moved to non-traditional instruction, according to the Kentucky School Boards Association.

Deciding to close now will hopefully stop the ongoing spread of illness, an administrator at one of those districts said.

Williamstown Independent School District campus had a non-traditional instruction day on Friday, and all students were at home. The decision came after “some rough days the last couple weeks,” Todd Dupin, director of pupil personnel, said.

“It’s been hitting us hard. We’ve seen everything from flu cases to a couple of reported COVID cases, to respiratory issues, to G.I. issues. So we’ve just been hit with quite a bit of different illnesses,” Dupin said. “Over the last two weeks, our attendance numbers have really been dropping, and we’ve hovered between 87 and 89, 90% attendance, which is extremely low for our district.”

In a normal year, the district hovers between 96 and 96% attendance.

“Over the last week or so, we’ve had days where we’ve had several teachers sick. And to their credit, they’re trying to come to work. And we totally appreciate that, but when they’re not fully healthy, they’re not at their best,” Dupid said. “With the substitute teacher shortage, if we don’t have enough people to actually cover those classes, that’s an issue as well. All of our staff that are well are here — actually on campus — so they can be accessible to students.”

Flu has been the major culprit, according to the National School Boards Association. The Williamstown Independent Schools has already scheduled students to be off Monday, Nov. 7, for a staff professional development day. Students also already have a scheduled day off Tuesday — Election Day — when campus becomes a polling location.

“Our goal, our hope, was that five days, that this could be under control and come back healthy and rested, and ready to learn on Wednesday next week,” Dupin said.

Kentucky school districts are funded based on average daily attendance; Dupin explained because of that deciding to close or go to NTI is never an easy one.

One silver lining from the COVID-19 pandemic is that schools learned to be more flexible. Dupin said he hopes that means students in his district will get back to learning in person as soon as possible.

In Kentucky, the superintendent decides when to close a district and the choice does not require a board vote. Kentucky schools have used flu days for decades.