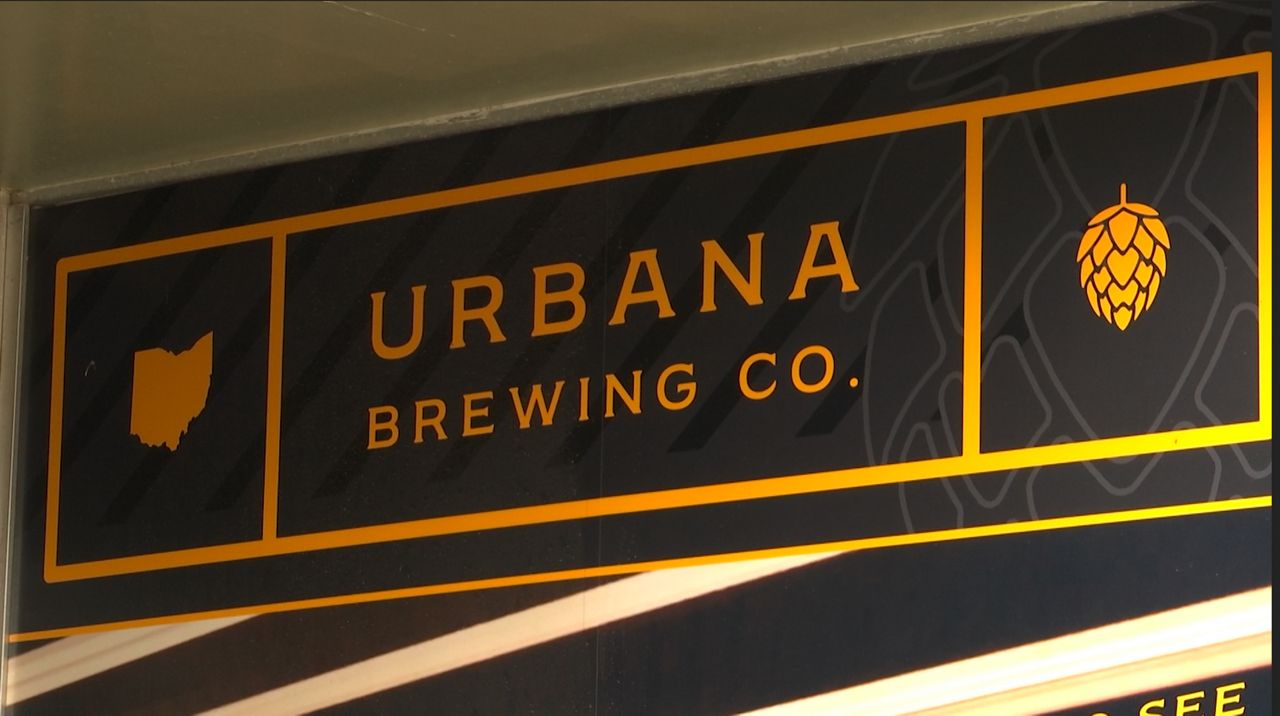 URBANA, Ohio — On Urbana’s Monument Square, it seems storefront after storefront is under construction. As each tarp lifts, the downtown core welcomes a new business whether it's senior housing, a tapas bar, or come fall, its first craft brewery.

Under the leadership of three long-time Urbana residents, Jason Kile, Neal Pence, and Jamon Sellman, Urbana Brewing Co. hopes to build up a burgeoning nightlife in the small town, and ultimately attract beer lovers from across the Miami Valley. 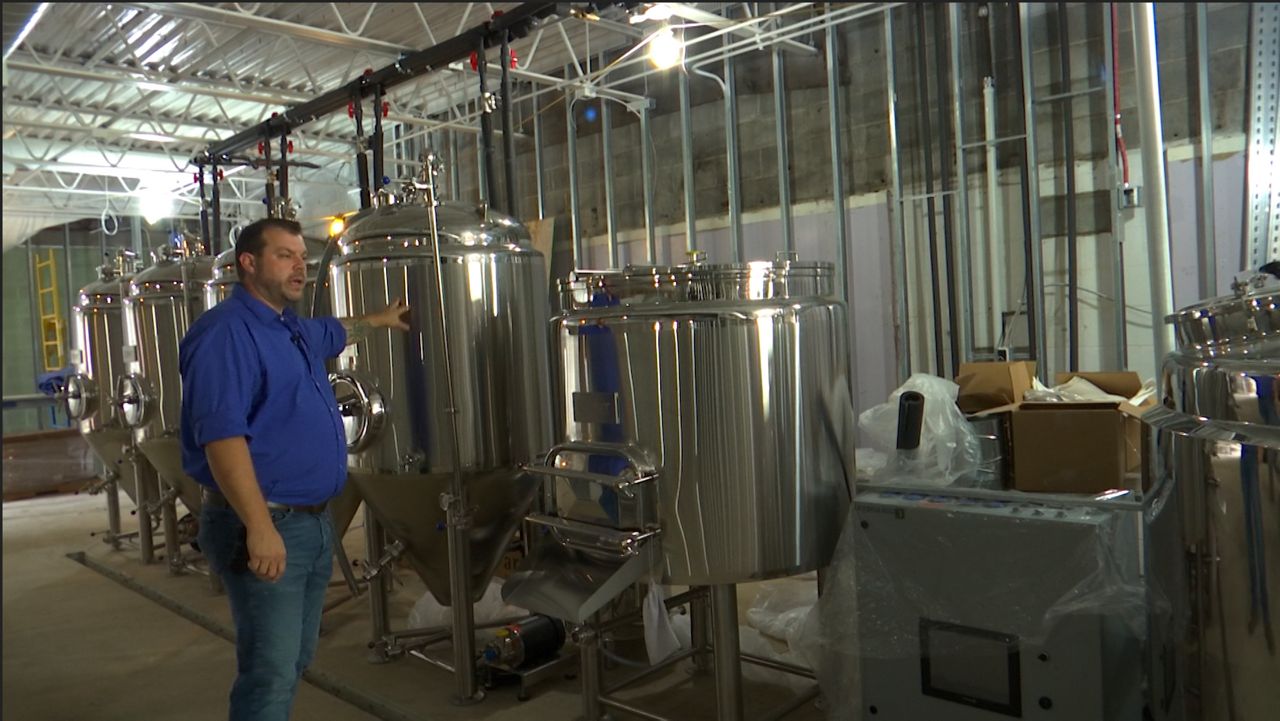 “I started with a two-gallon Mr. Beer kit, bought at a local drugstore,” Pence, the head brewer said, when describing his transition from hobbyist brewer to business partner. “Quickly I expanded there to five gallons system and most recently I was brewing on what’s known as a half-barrel system.”

At Urbana Brewing Co. his output will expand tenfold, but Pence said the basics remain the same.

“You start with hot water, you mix in grain, you take the liquid off, you add in your flavors and hops and then you let the yeast do their magic,” he said. “Mankind has been doing it for as far back in history as we can really see.”

When the brewery gets up and running, Pence wants that process to be on full display, with his brewing system featured prominently on the main floor, along with a family-friendly set of games, while those looking for a quieter atmosphere can head upstairs to the furnished rooftop.

At the center of the experienc,e though, Pence wants to make sure his beer shines.

“The bar ends up being your focal point for any good brewery,” he said.

An engineer, Pence said he came to Urbana about 20 years ago for his first job in his field, decades later, he’s proud to call the city his home.

“I’ve always been a small-town person at heart and I just love what Urbana has to offer,” he said. 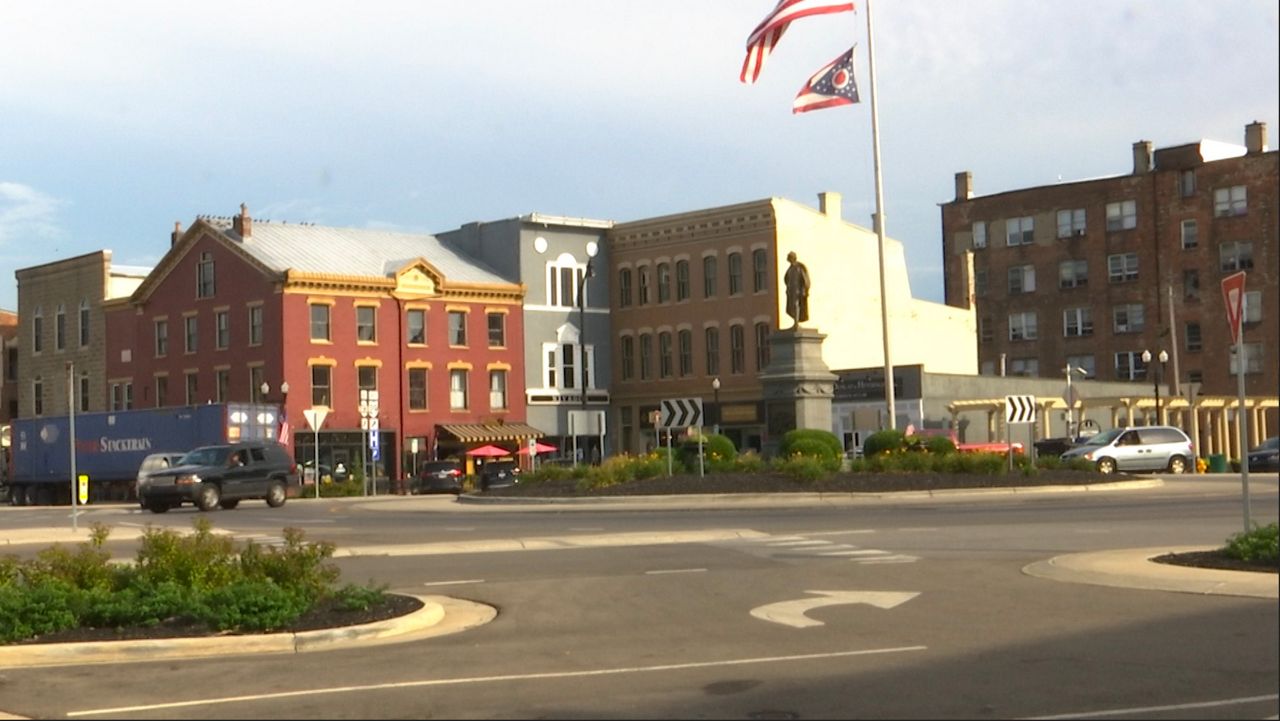 Urbana's Monument Square has seen a surge in investment over the past few years.

For him, that’s been especially true over the past several years as he’s watched the downtown corridor grow. First, the historic Gloria Theatre saw a dramatic renovation, reopening its doors in 2016, then came an effort to bring in more housing, revitalizing the historic Douglas hotel, now Pence and his partners say they’re proud to be a part of the new business boom in the city center.

“We think the brewery can help a lot with that,” Pence said. “We talked with a lot of local businesses. They’re looking forward to the extra foot traffic the brewery will bring.”

Over the next several weeks, Urbana Brewing Co. is hoping to finish its interior design and cosmetic work, while scheduling inspections. The brewery hopes to open in late September.

“We’re transplants and we’ve fallen in love with the community here so it’s awesome to give back and keep helping the community thrive,” Kile said. “I think it’s got a very bright future.”