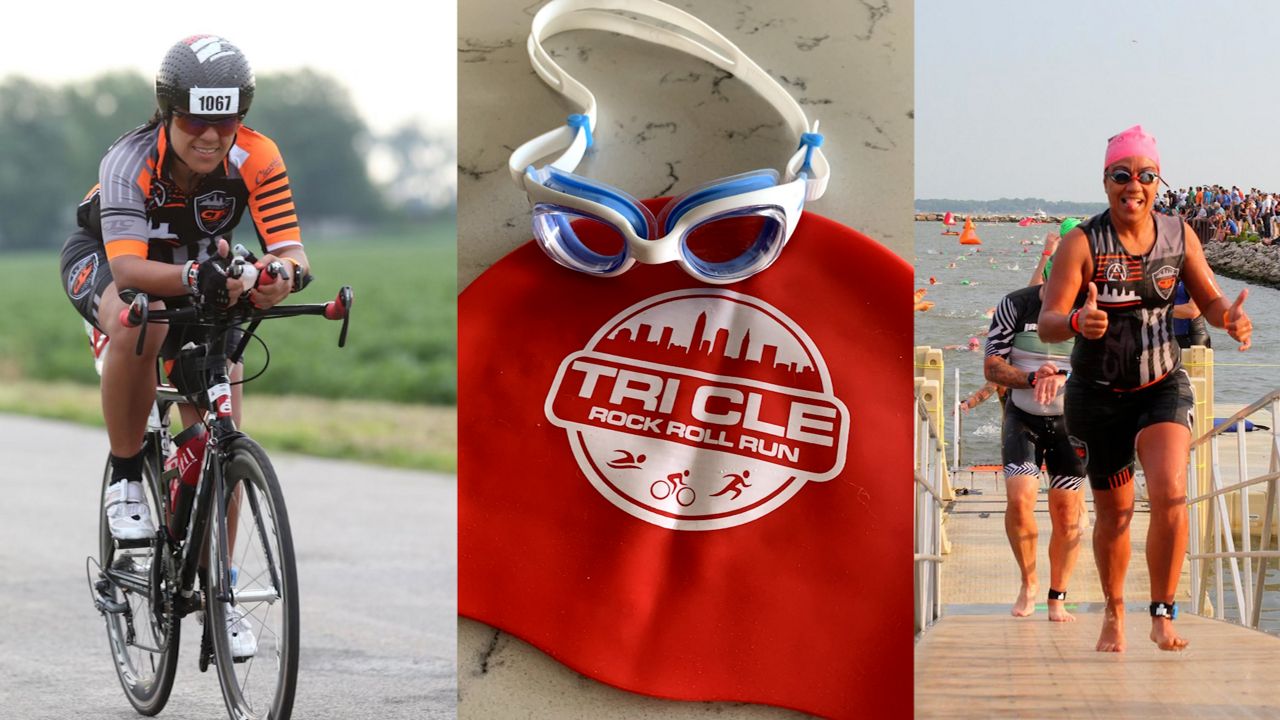 CLEVELAND — The Tri CLE Rock Roll Run once again began in the heart of downtown Cleveland, and athletes arrived bright and early to compete.


Mayra Gonzalez was one of the many athletes to swim, bike and run the event. Gonzalez, following an ACL injury, has been competing in triathlons for eight years and completed 20 different races.

“I found a triathlon coach at the pool which invited me to a beginner’s clinic,” Gonzalez said. “I joined, and I started doing it and I said I was going to give it a try, so I bought a used bike and I did my first.”

Gonzalez, originally from Mexico, said she travels the world for work and loves competing because it brings a sense of family.

“It’s the community is amazing for me, especially. I’ve been moving during all my time in the U.S. I’m not oriented from the U.S. but I’ve been relocated to different cities,” Gonzalez said. “So triathlon has opened up a lot of doors for me and it has been a way to connect with the new city and make new friends.”

She said Tri CLE was a warmup competition for her.

“I’m about to do my fifth Ironman in four weeks, so I’m getting really that. That’s really for me, my ‘A’ race,” she said. “Cleveland Tri is going to be my kind of practice race also to start getting into racing mindset.”

Mayra said she also wants others to know that the competition isn’t as scary as some may think it is.

“Really, it’s about really enjoying something you to do and get comfortable with that,” Gonzalez said.