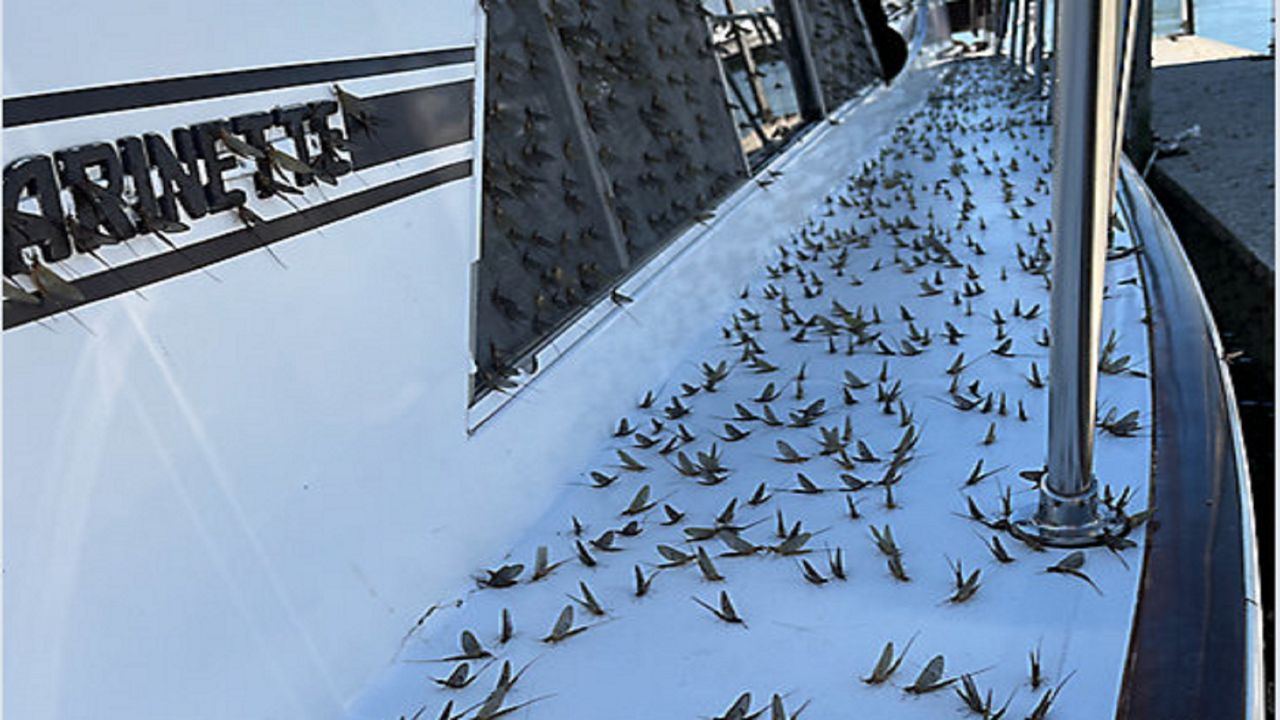 OHIO — Mayfly season has finally hit Ohio, and some places are seeing the insects create a mess.


It was an interesting morning for Kelly Kishmarton, who said she woke up on her family’s boat to mayflies everywhere.

“Oh my goodness, how am I going to get out of my boat in the morning? Because I like to drink my coffee on the dock,” said Kishmarton.

She said she has now cleaned up the mess the mayflies made. She said of all the mayfly seasons she’s seen, this is the wildest.

“I have not seen a mayfly season this wild, and neither has my husband,” said Kishmarton.

It’s a boat she’s been around for a long time. It was passed down through her family and she said that's why she’s passionate about taking care of it.

“It means a lot to us. When mom and dad gave up boating, they asked us if we would like to buy the boat," said Kishmarton. "We gladly said yes. We’d like to keep it in the family."

Eric Weimer, with the Ohio Division of Wildlife, said he believes 2022 hasn’t been an abnormal year for mayflies because some places aren’t seeing as many as Port Clinton.

According to Weimer, the insect’s migration and which places see more or less of them, depends on the elements.

And while the cleanup can be a chore, Kishmarton said she is confident it won’t stop her from enjoying the summer on the lake with her family.

“They’re not going to ruin any summer plans. We work around them, we enjoy beverages around them, it might be a little hard to grill because we want to make sure that we are not enjoying them for dinner. So it might send us into the boat a little bit earlier,” said Kishmarton.