DAYTON, Ohio — One year ago, restaurants were closed, the streets of Dayton sat mostly empty and the Miami Valley faced a surge in food insecurity.

That’s when Chef Matt DeAngulo decided to get a team of former co-workers together, and get cooking, turning pantry ingredients into meals. That group would eventually become Miami Valley Meals, an organization that now distributes thousands of meals a week.

Like hundreds of thousands of Ohioans, DeAngulo lost his job in 2020. His restaurant, Citilites, served its last meals in January. 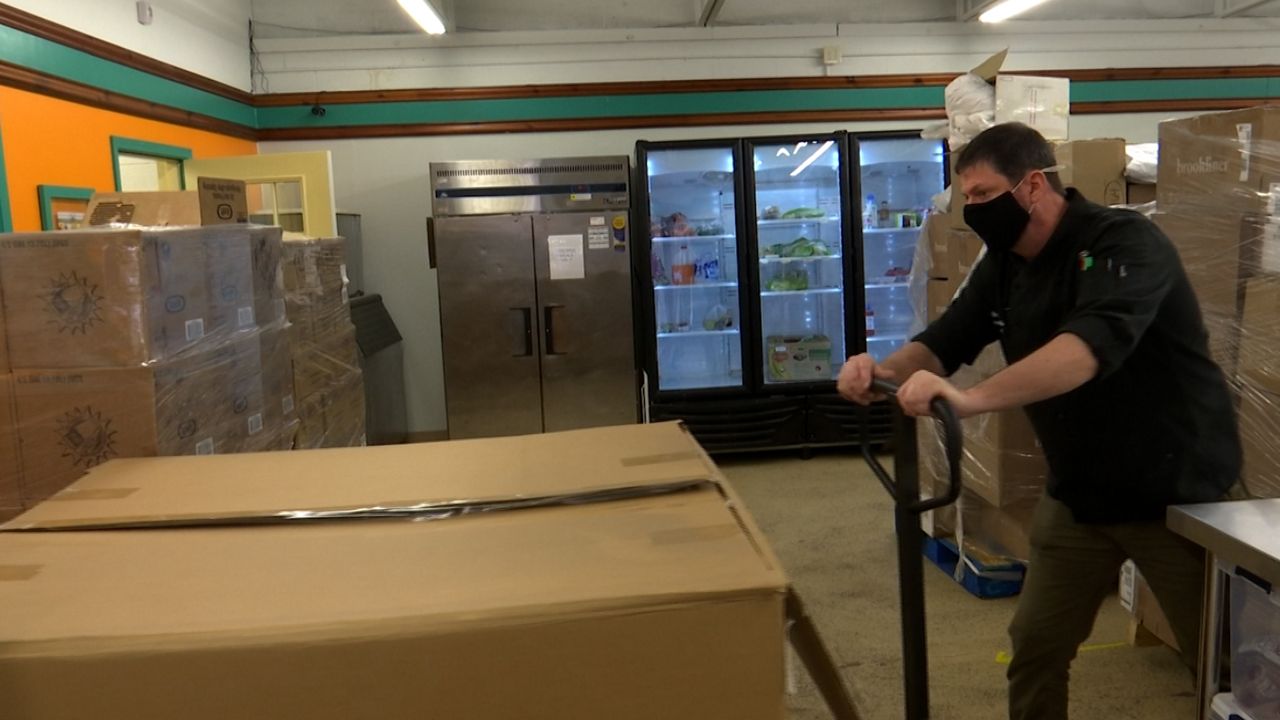 He said he took a job another job as a consultant, but about a week later, the state began its shutdown as coronavirus cases began surging across Ohio.

At that point, DeAngulo decided to check in on his co-workers to see what they could do to help.

“We came together as old co-workers and just started working with House of Bread in the afternoons,” he said. “Four days into it, St. Vincent DePaul called and asked if I could do that for the next 10 weeks and so I put together another team of chefs and put them into their men’s shelter.”

“Within a few weeks it turned into an organization that was trying to feed as many people as fast as we could during a pandemic,” he said.

Amanda DeLotelle, now the executive director of MVM, was one of the first to answer his call for help. 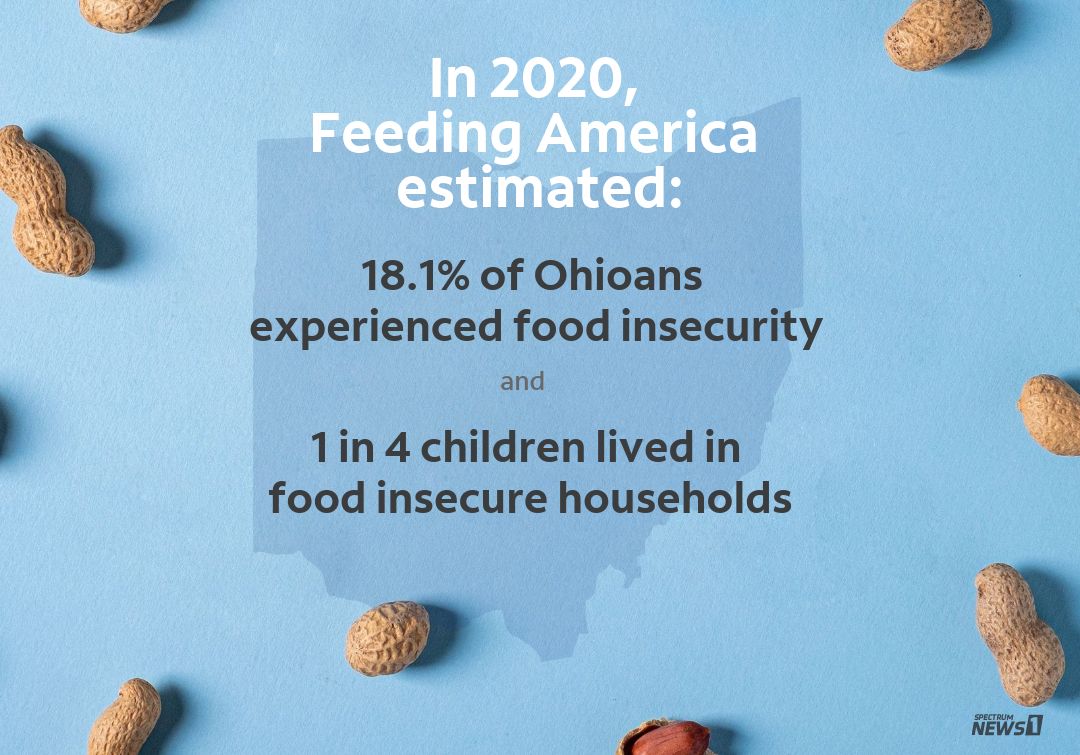 “It was right as the pandemic was ramping up, and he kind of said, our friends are gonna lose their jobs soon, Amanda, and beyond that the community is really gonna suffer with the lack of access to food,” she said.

According to the Ohio Association of Food Banks, the pandemic lead to an estimated 5% increase in food insecurity in 2020, impacting one in four Ohio children.

Dayton’s The Foodbank Inc., reported serving twice as many households in March as it did in February.

To meet the growing need, DeAngulo and his team helped make sure whatever food donations the community was getting would get put to good use.

“As an example, if the food bank had a bunch of bok choy, not many people would take it, but as a chef, I would see it as cabbage,” he said. “I would braise it down like I would a normal green cabbage (and) mix it with some pork or some rice.”

DeLotelle coordinates with partner organizations to make sure the meals get to where they need to go. 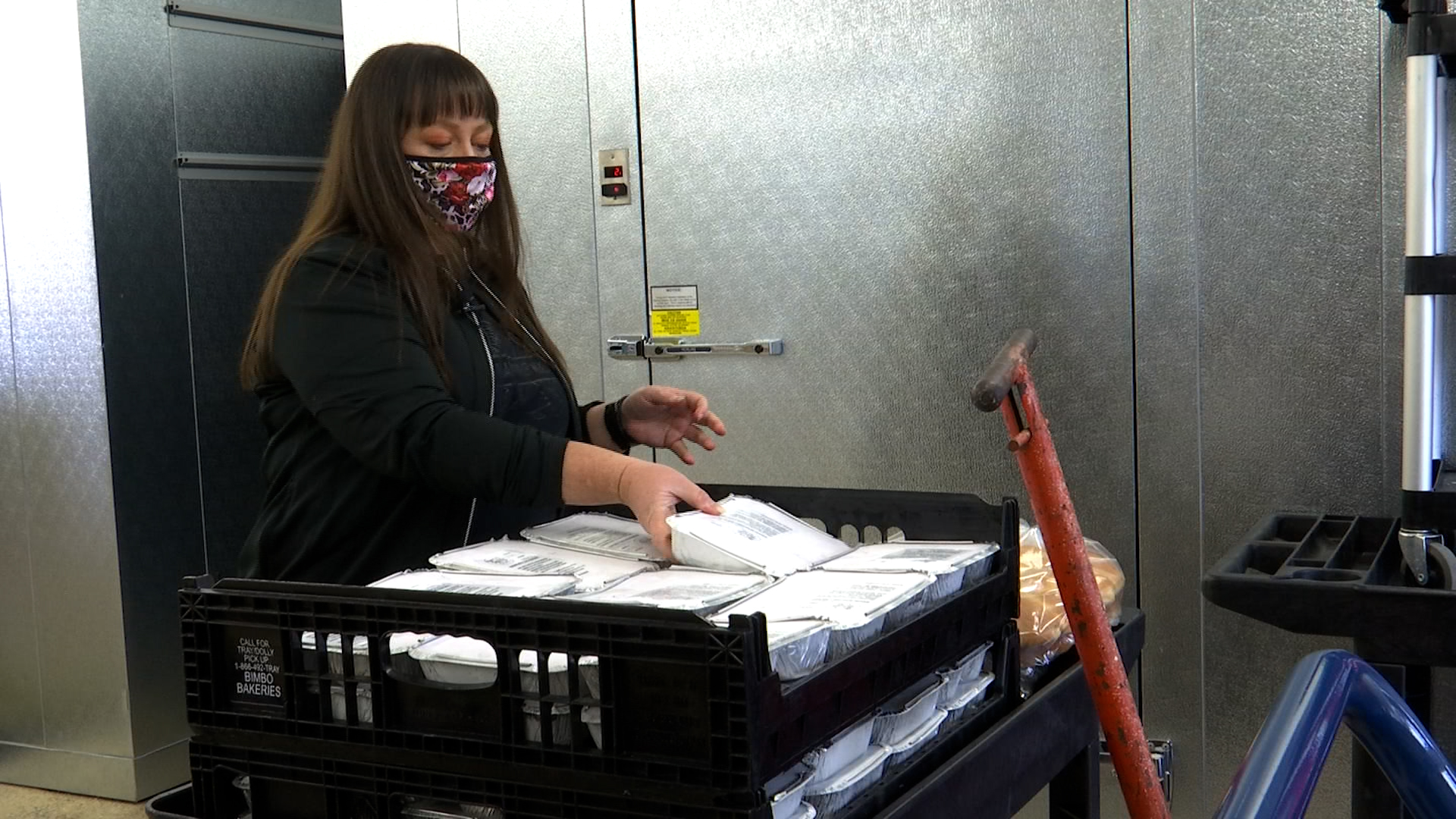 “So we went in at the beginning as volunteers thinking it was probably a temporary thing, but very quickly as we saw the need, we thought we could really centralize and help this process and be a support to these organizations,” she said.

It started with dozens of meals a week, then it became hundreds, then thousands. Now, Miami Valley Meals has a full-time staff and the organization is marking it’s one year anniversary as a part of Set the Banquet Table.

Far from the organization’s first milestone, MVM got its own building over the summer to facilitate storage and distribution and in 2021 the organization is working to build its own kitchen. For the past several months, the cooks have been working out of a temporary space at Lindy’s Bakery, but DeLotelle expects a new, permanent kitchen by the end of the year.

“It will be much more efficient and free up time. More time that we can be working on meals for the community,” she said.

While MVM started as another opportunity to lend a helping hand during the pandemic, DeLotelle said its grown into part of a long-term solution to food insecurity in the Dayton area.

“When we give these free meals to these organizations that then frees up their resources to do further outreach and concentrate on their mission,” she said.

With its own kitchen, DeLotelle estimates MVM can produce thousands of meals a day and she expects that will be needed even in a potential post-pandemic future.