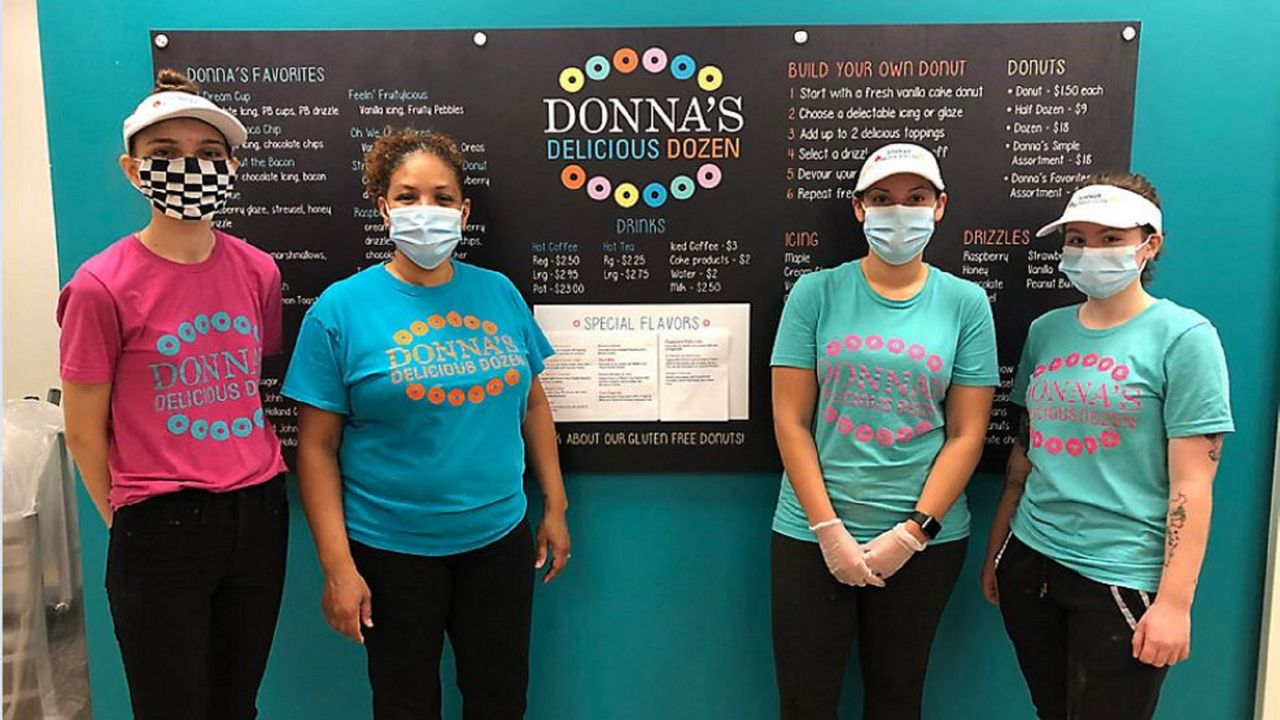 Some Black-Owned Businesses Thrive Despite Pandemic

GAHANNA, Ohio — According to the Federal Reserve Bank of New York, the U.S. had a 41-percent decline in Black-owned businesses as a result of the pandemic. While the numbers are eye opening, there have been some that survived.

Outrage surrounding the murder of George Floyd and the struggle to find a solid resource for Columbus Black-owned businesses, inspired a business owner to step up and start a Facebook group. Since that page started, it's doing more than what she expected.

Traci Lukemire, owner of Donna’s Delicious Dozen in Gahanna, prepped a batch of donut batter early Thursday morning. The shop is named after her grandmother and it's only been open for a year-and-a-half. Business had just starting picking up and then came COVID-19.

“I was so worried,” Lukemire said.

She was worried about the number of customers she’d get and how she’d make it through.

Scooping up batter, Lukemire said there was an unexpected turn of events.

“The customers just came," she said. "They just came.”

And they kept coming to the point where she started selling out of donuts by noon some days. Packing up her largest order to date of 100 dozen donuts. She said she even had to hire more staff to keep up.

“It was completely surprising to me,” she said.

But she’s grateful because the idea of needing to let people go weighed heavy.

“I have young adults who are making their way, you know, excuse me, and I knew for some of them that I was their livelihood," she said. "So, I never wanted to...I did what I had to keep them.”

Lukemire said the boom in business was due in part to the Columbus Black Owned Business Facebook page created earlier this year by business owner Autumn Perry-Robinson.

Perry-Robinson said, she created the page because she couldn’t find a solid resource for Black-owned businesses.

“We hit 40,000 members in about three weeks," Perry-Robinson said. “I was having business owners telling me they were getting three four times the amount of customers each day.”

As a result, she said some were even able to quit their day jobs, while others officially registered their business and opened up physical locations.

Filling in some jelly donuts, Lukemire said the page helped improve her entrepreneurial skills, but she in turn got more than expected.

“Because my location is where it is, a lot of our community did not know that I even existed," she said. "So I think it just opened people's eyes to me being here, but they have 100 percent showed up and contributing to my success.”

Grabbing a handful of bags, Lukemire loaded up her car to make the last of her 100 dozen donut delivery. She said, she recognizes that her shop is one of the few Black-owned businesses that did make it.

“I don't know why outside of my God chose me for this. So, I am not taking it lightly,” she said.

Grateful for the business and the Facebook page, she hopes it’ll continue.

The biggest goal now is to get more people to register their business and obtain a 501c3 for the group. That's so it may start getting funding for business grants that will help those in the group.