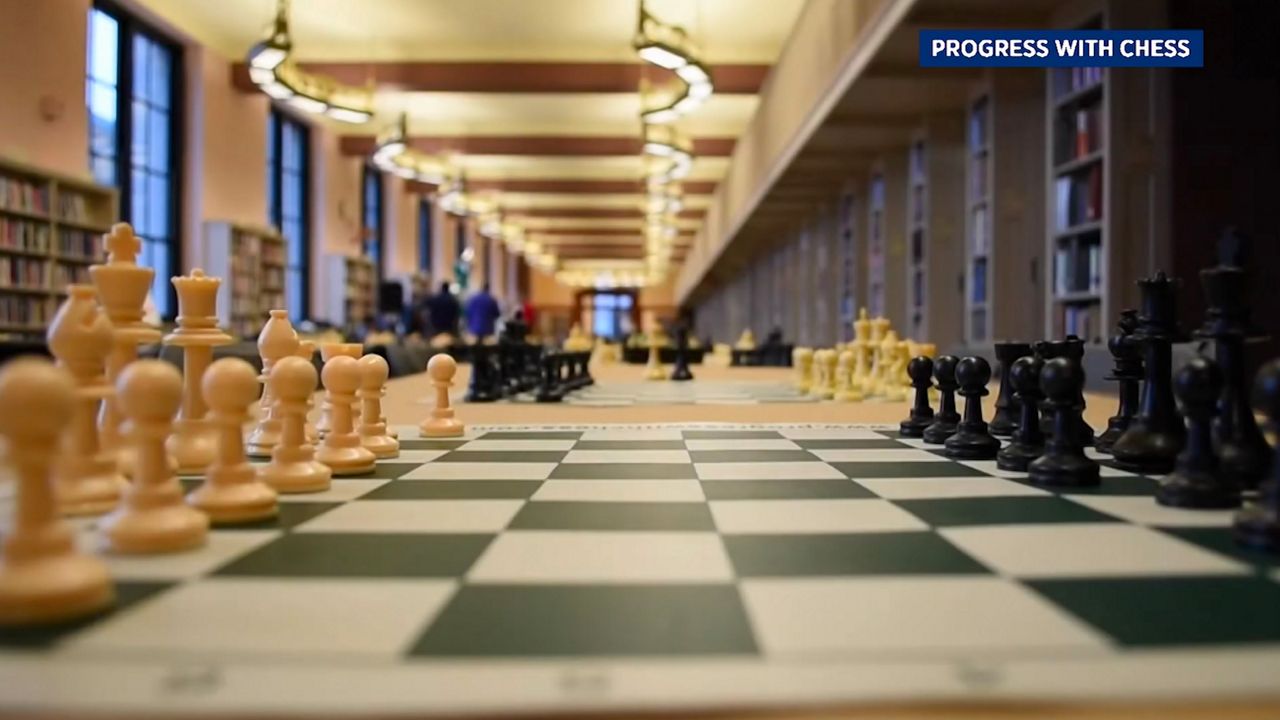 “It means you’re better than about 99 percent of tournament players,” he said.

The Cleveland man learned the game at age five.

“You know, my weaknesses as a person in chess, in life, came out on the chess board and so did my strengths. So it was sort of a way of looking at myself," said Joelson.

After working as a landscaper and school bus driver for years, he switched careers and founded the organization in 1995.

“We don’t quite have the same volume of business that we did when we were doing it in-person, but you know we’ve had enough that we can keep the lights on," said Joelson.

The pandemic shut down all in-person instruction and tournaments for “Progress with Chess.”

While Joelson said it’s been hard, the new national outreach that is offered with virtual playing is a perk.

“We had a tournament recently that had 78 players and, you know, maybe about 55 of them were from out of state," said Joelson.

Chess.com reported its player base has nearly doubled since this time last year to more than five million accounts.

“Chess is very conducive to being played online,” said Joelson. “But we all miss the personal aspect of over the board chess and we’re looking forward to getting back to that.”

A popular new mini-series called The Queen’s Gambit revolves around an orphaned chess prodigy. The hit show continues to fuel the increased interest in the game.

Since its premiere, market research firm NPD Group reported sales of chess sets rose 87 percent in the U.S and chess book sales are up 603 percent.

Joelson believes the online chess boom is here to stay.

“It’s very exciting, and we think maybe even after the pandemic is under control that online chess may be a lot more prominent,” said Joelson.