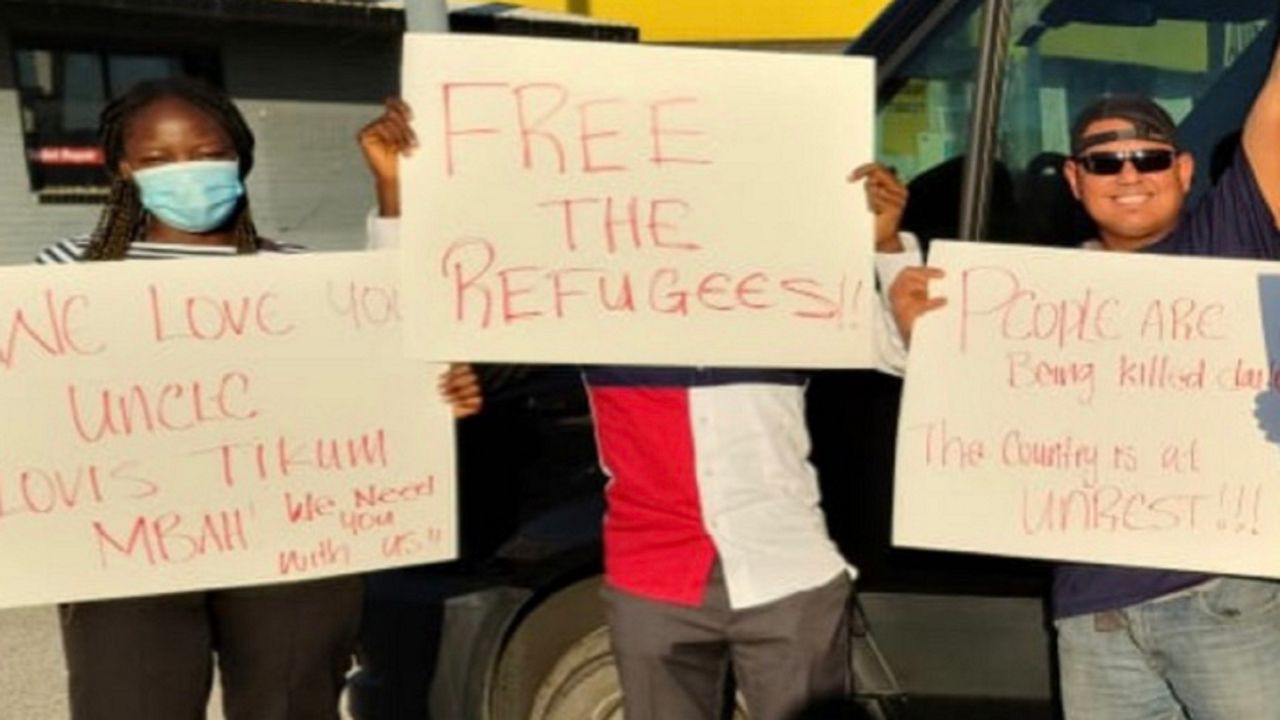 COLUMBUS, Ohio —  While deployed, Policap Acha tweets, in part, “please help a soldier.” The Columbus solider is trying to see his cousin, Tebah Wilfred, again. The two grew up together in Cameroon, Africa, but were separated by war.

Acha escaped Cameroon, came to the U.S., became a citizen, and is now a U.S. soldier. Years later, Wilfred escaped too, but got stopped at the Mexico border last year and has been detained since.

“It’s so difficult for military families to fully serve when members of their own families are locked up,” said Bello.

Bello runs the Cameroonian American Council. She’s been advocating for the cousins, and has joined protests across the country for the release of immigrant detainees.

“Asylum is not a crime. These men and women did not jump through the fence. They went to the border and presented themselves, so they’re not criminals,” said Bello.

Policies that she says they’re hoping will change under a Biden presidency.

“You would think that when Biden becomes president, these are the policies because he is right there on the backs of two leaders in the presidency that have Black immigrant heritage, to look into all of this,” said Bello.

In fact, her group teamed up with other advocates from the Ohio Immigrant Alliance. They’ve already started a petition set to go straight to the new president’s administration.

“I hope that the administration and Congress will finally pass immigration reform, so people who have been here for a long time, working hard, raising families, paying taxes will get on a path to legal immigration status,” said Lynn Tramonte, head of the Ohio Immigrant Alliance.

She says they’re hopeful it’ll push the change they’ve been hearing about, protesting for, and bring families like Acha and Wilfred back together.